There are numerous cool abandoned places in Croatia. From castles, lost villages  to abandoned factories and military bases. There is something very special about them. An aura of times that are long (or not so long) gone, lives that were closely connected to those now abandoned walls…

One such place is a big, and once important, military base of Šepurine near Zadar. 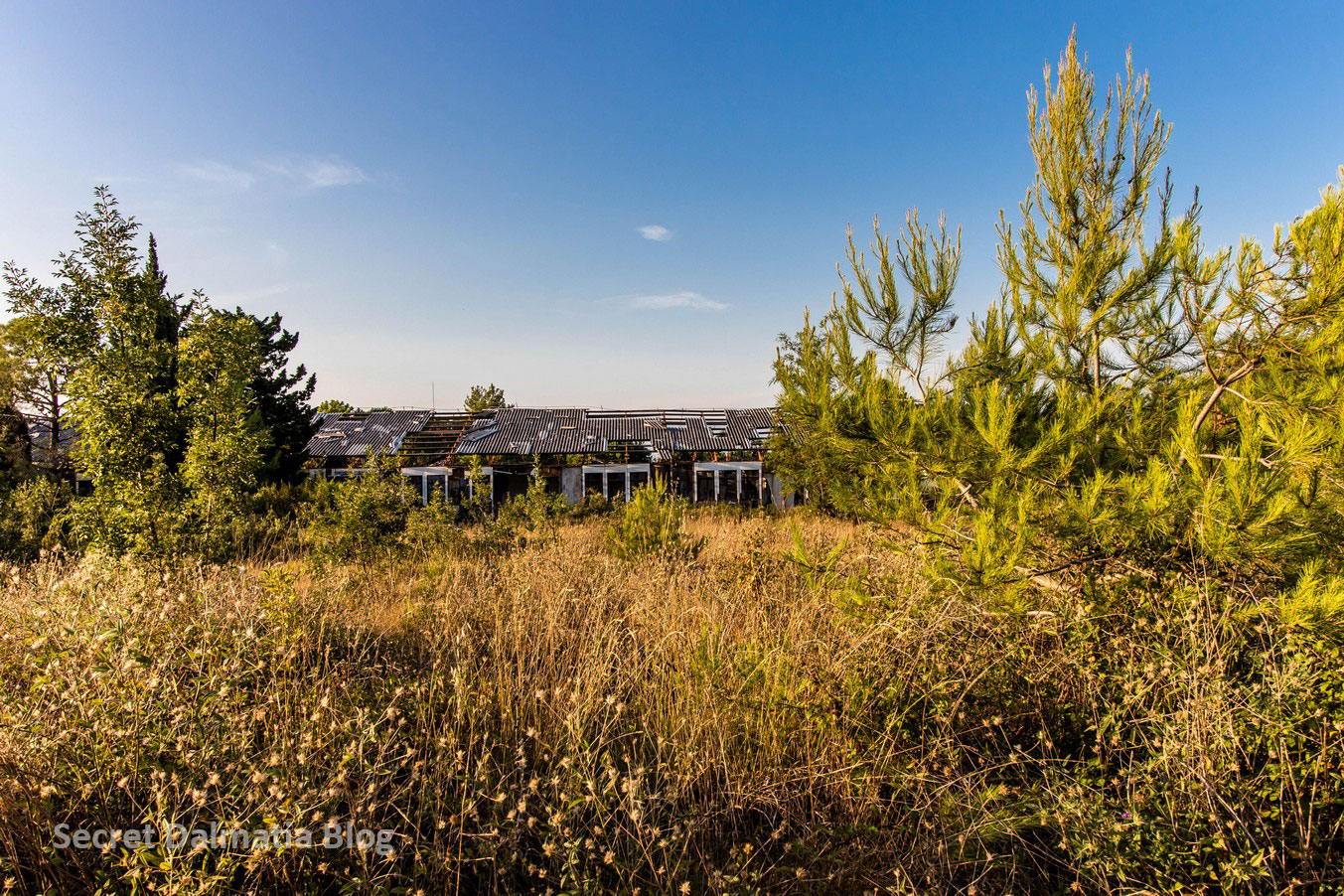 This military base was built by Yugoslav National Army (JNA) as an anti-aircraft training base but, when it was taken by Croatian forces, it became a center for education of special forces (https://www.tportal.hr/vijesti/clanak/pogledajte-u-sto-je-pretvoreno-mjesto-na-kojem-su-se-celicili-hrvatski-komandosi-20160804). In 1995. the 1160 meters long air strip was constructed in record time and the base was used by Croatian and US forces in planning operation Storm that liberated the occupied parts of Croatia in August that same year. 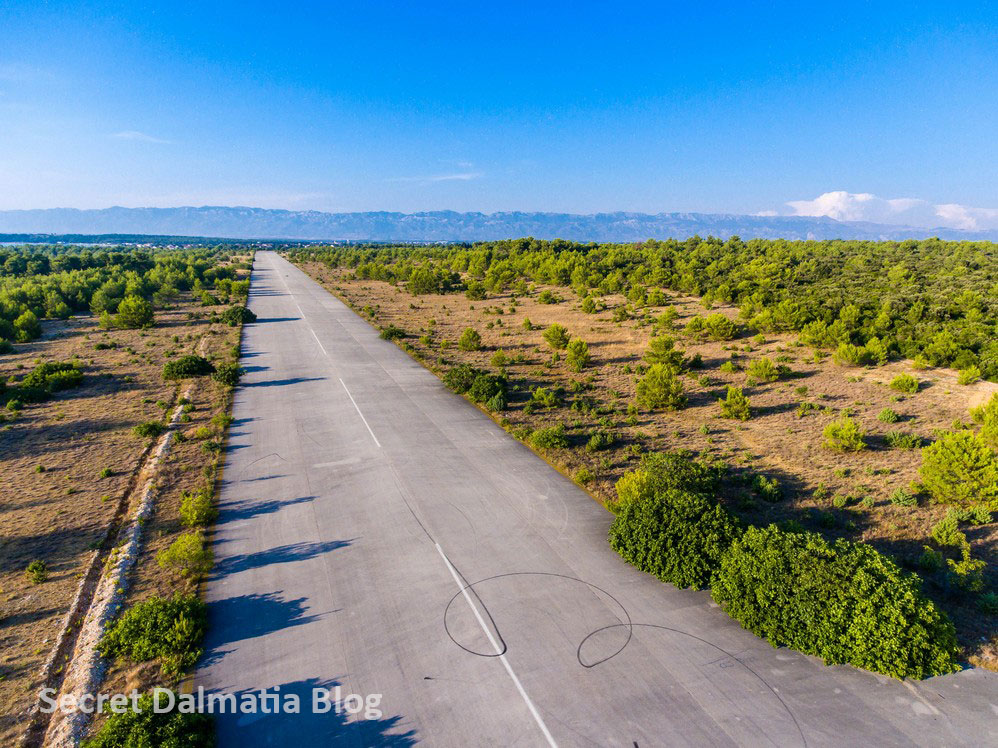 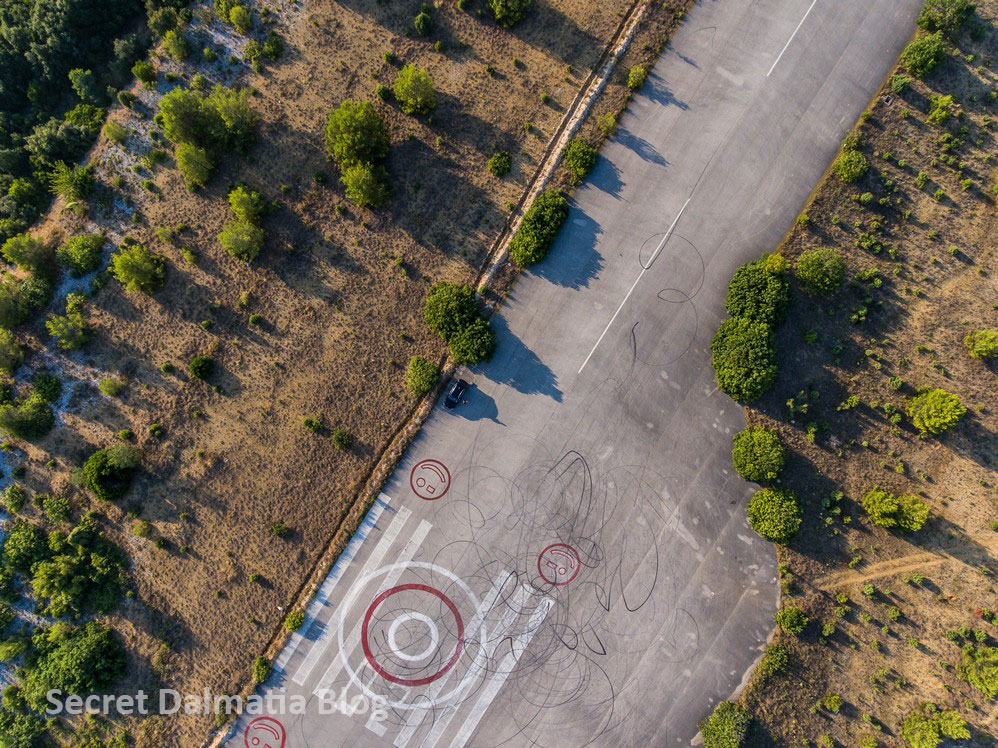 But the base was proclaimed a “non-perspective” one in the mid 2000s and soon abandoned. Then the destruction started… The same scenario has been seen as early as 1995 when the hordes of scrap metal scavengers would invade abandoned objects and strip them of ALL metal. Usually, those are bands of gypsies but not only them… Trucks and trucks of scrap metal were taken from the base without any action taken by the police. Sad. It was our heritage and now it is just a monument to incompetence of our governments and local authorities. As many other places in the country. Progress of devastation can be seen at this Forum.

Only now, there are talks of investors being interested in 1 mil sq meters of prime real estate. Like so many areas in Croatia, it will probably take decades before something happens. And just see how beautiful the coast is right next to the airstrip:

But, there is something good about all this as we have an easy access to a beach here and folks have a GREAT place for car racing. The rest is just left to rot. The little that is left. 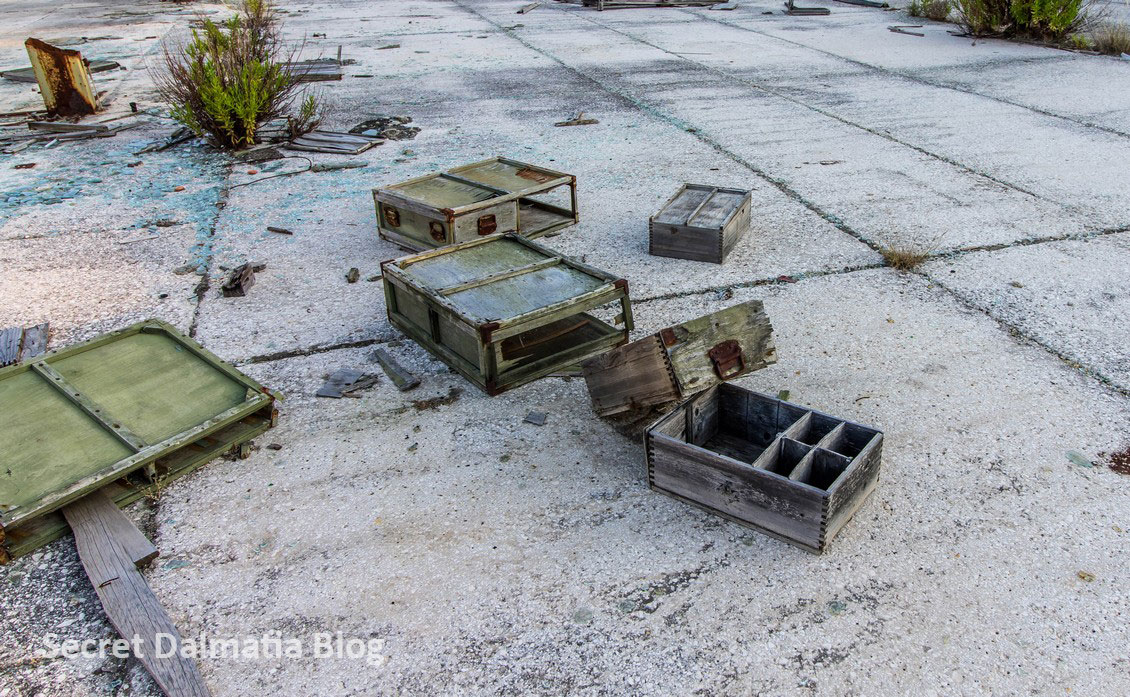 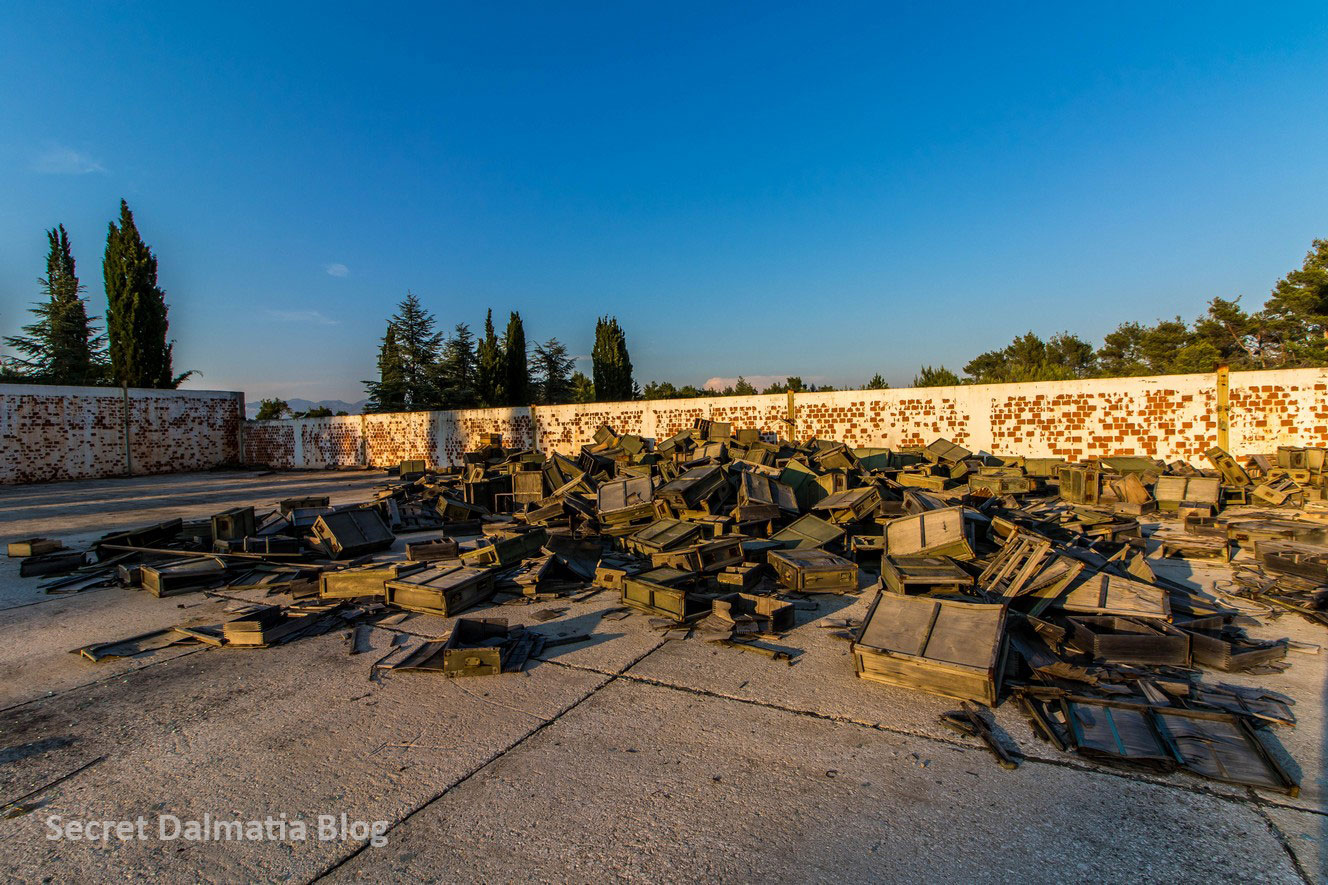 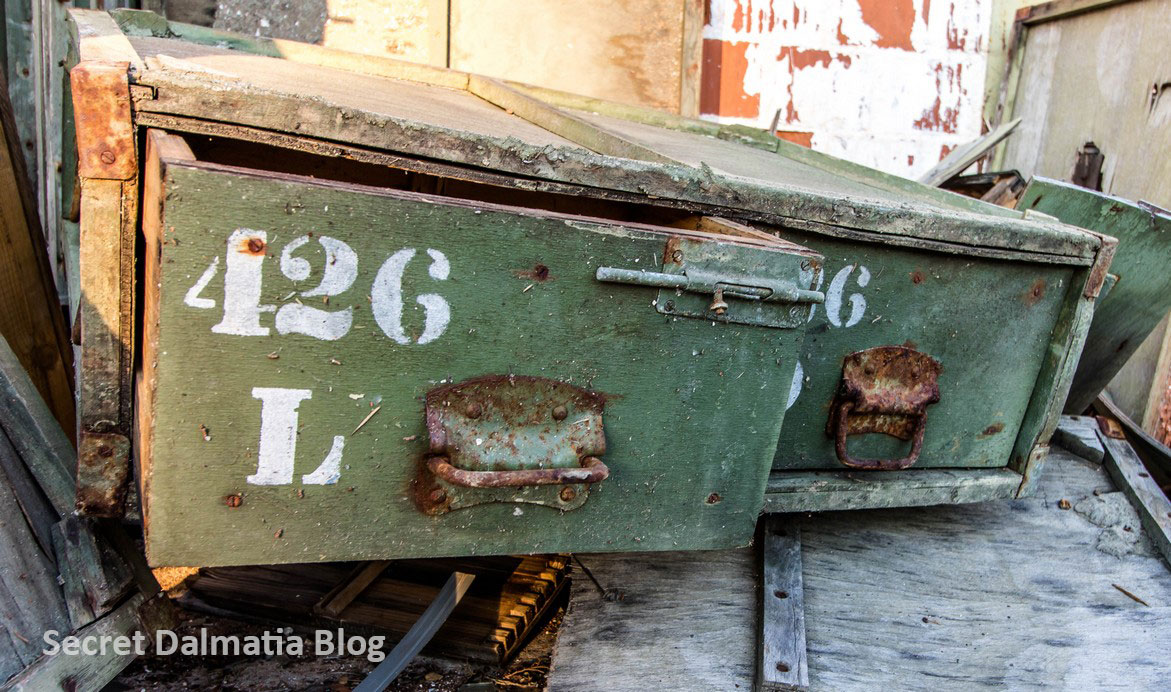 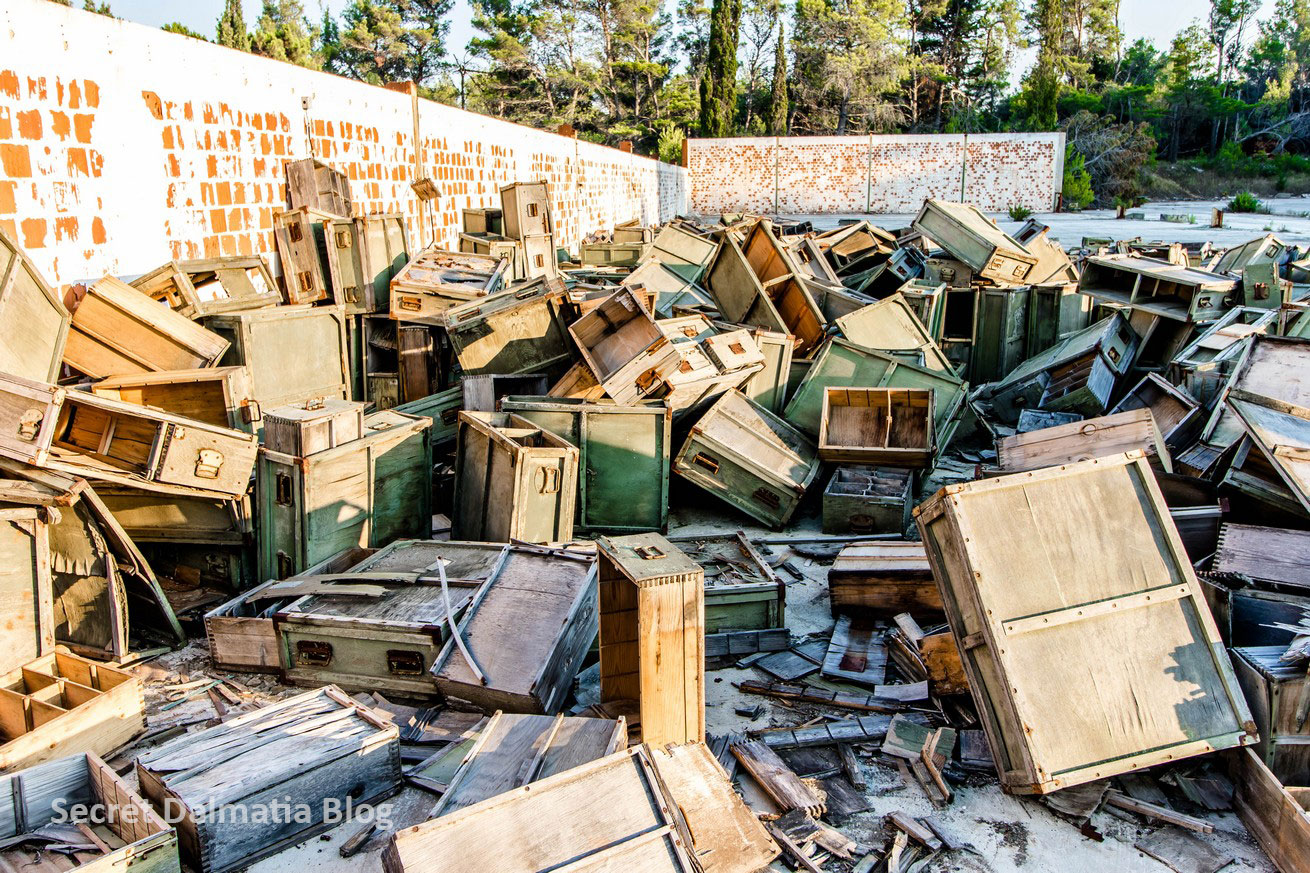 And then there are some graffiti on the walls of the remains of hangars. 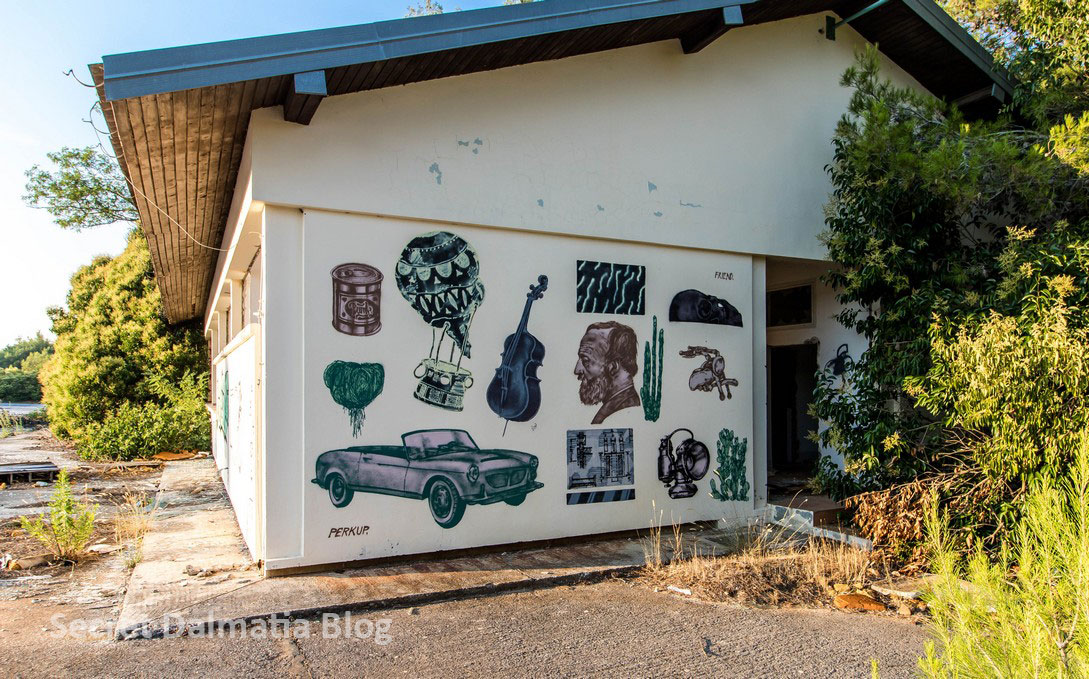 But true art awaits once you enter the main restaurant for soldiers and the rest of the dormitories.

Apparently, an Austrian graffiti artist Perkup (or Perk Up) was here and left an amazing series of graffiti. You can find his work at the following Instagram profile: https://www.instagram.com/perk_up/

Combination of modern, abstract art and this very unique space was quite astonishing. 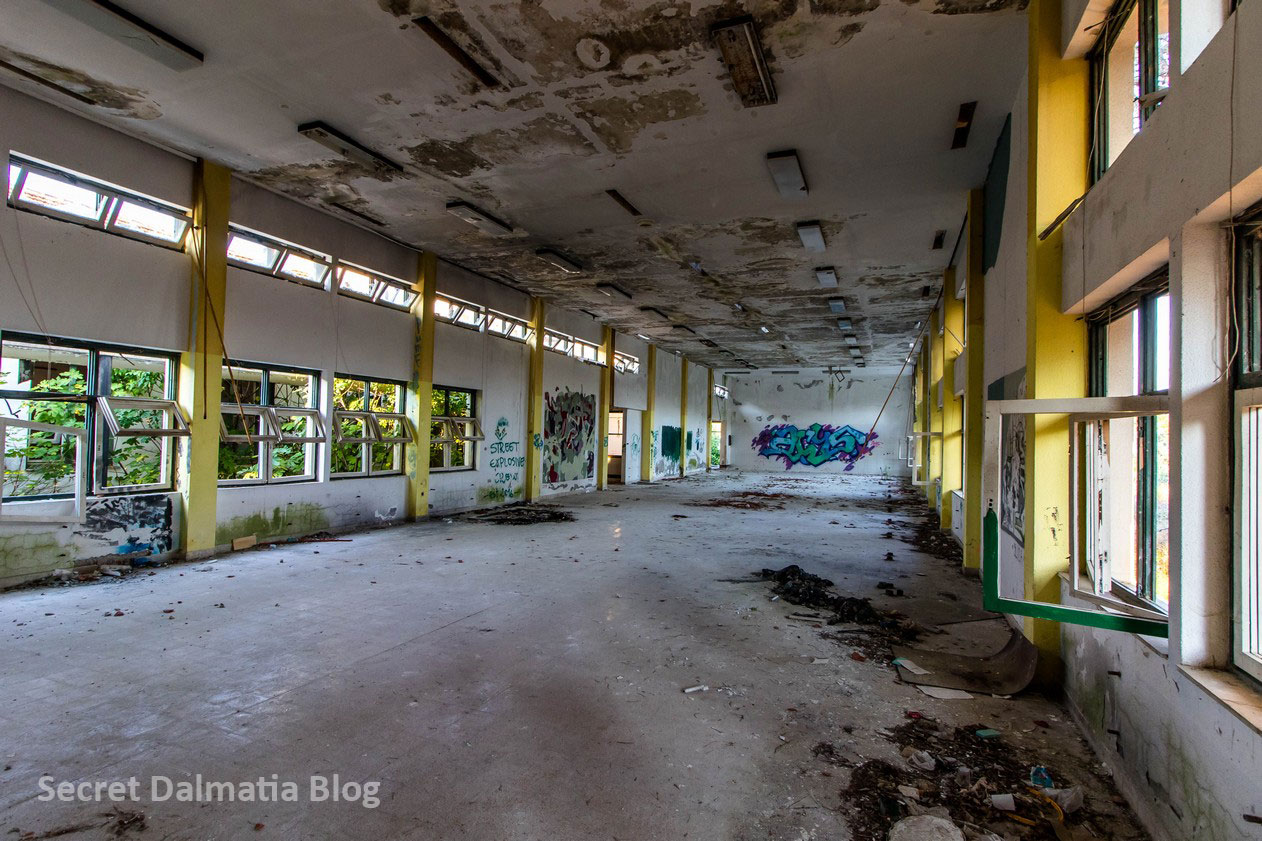 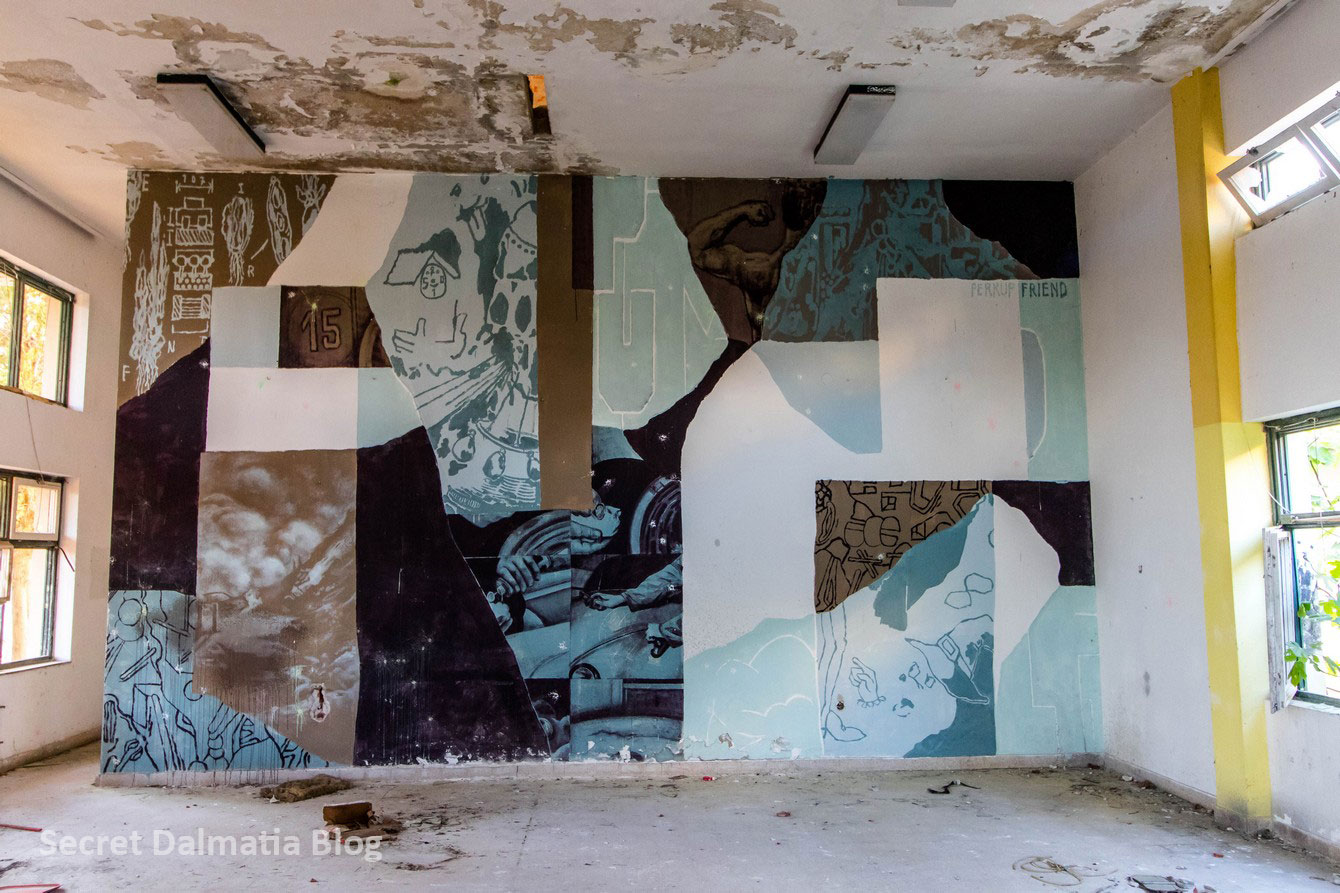 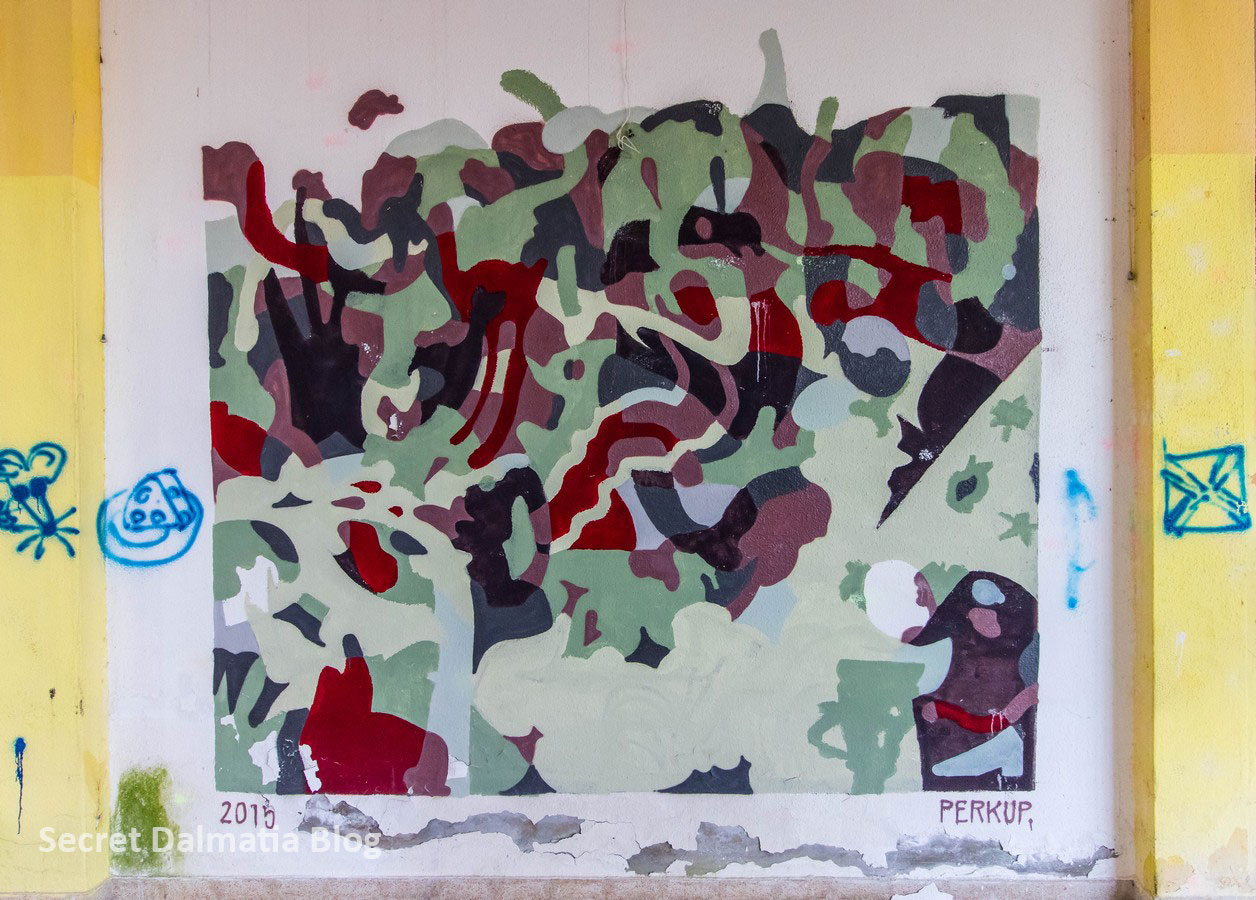 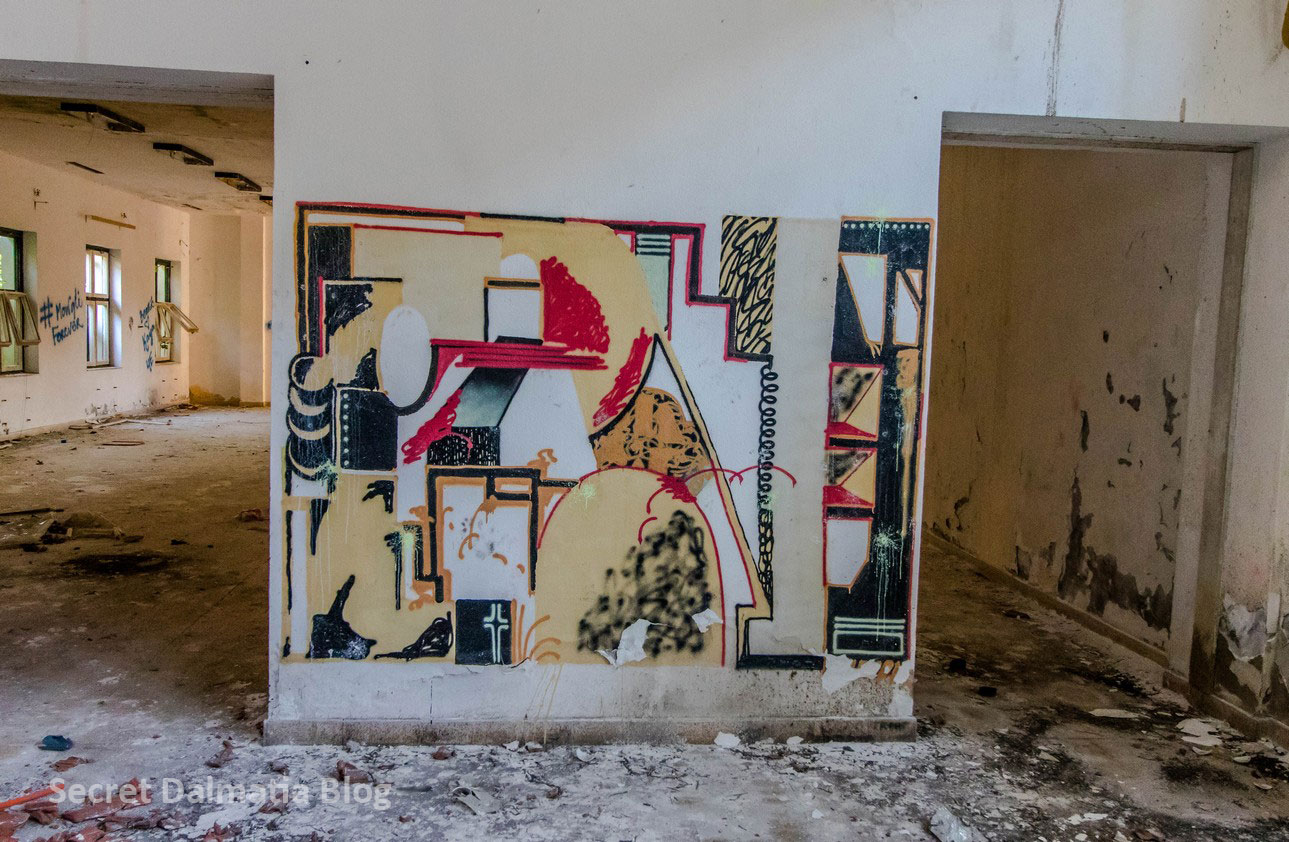 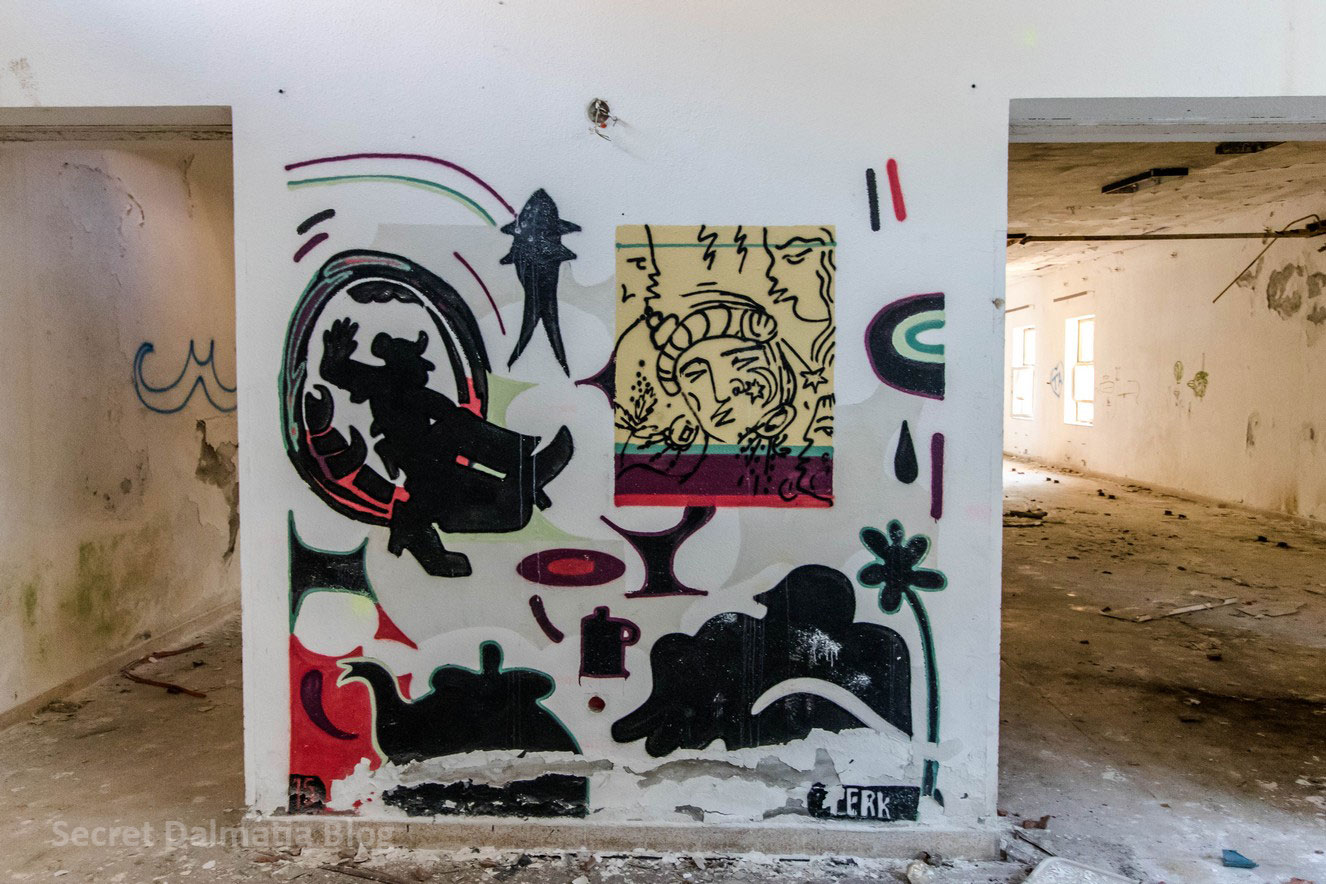 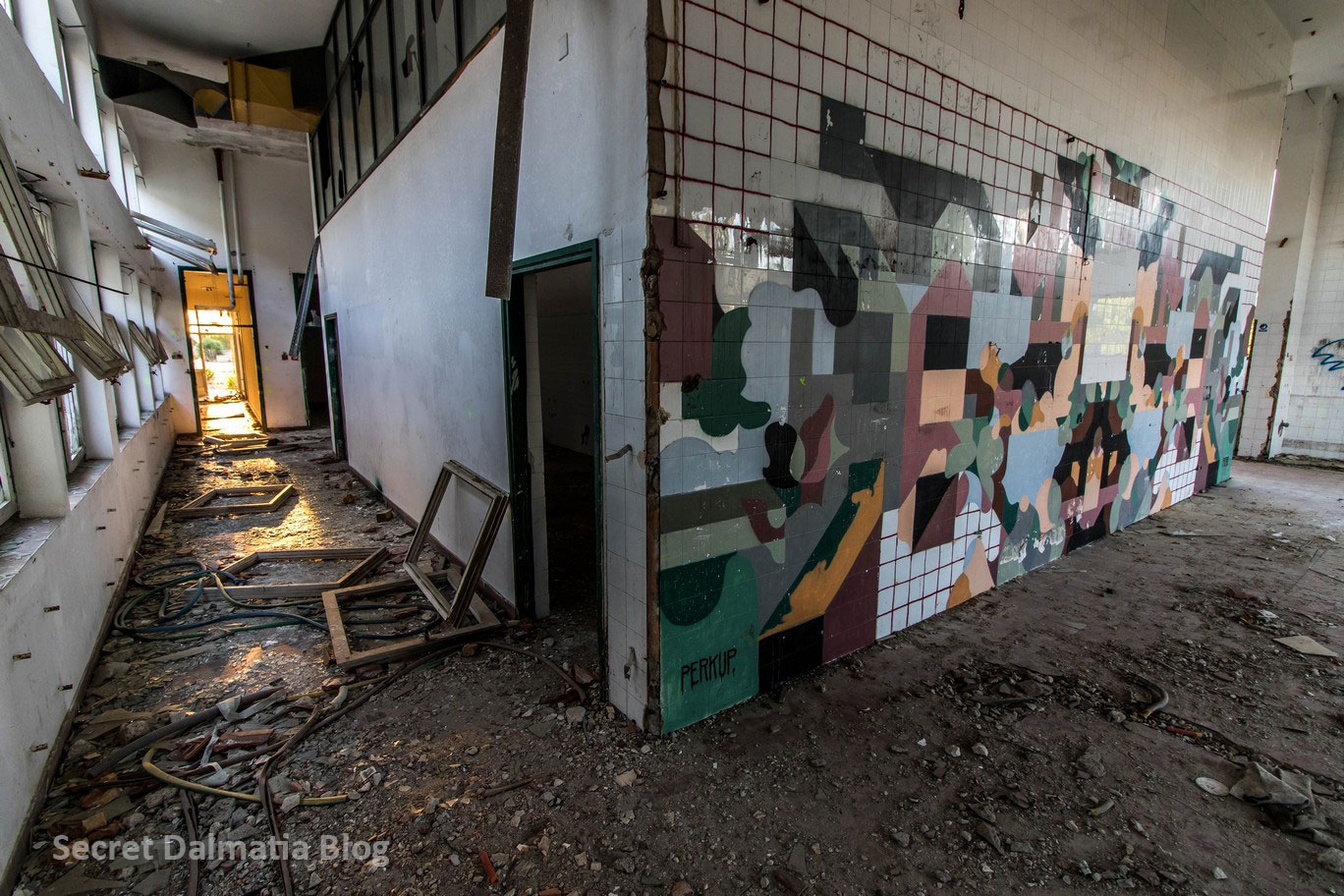 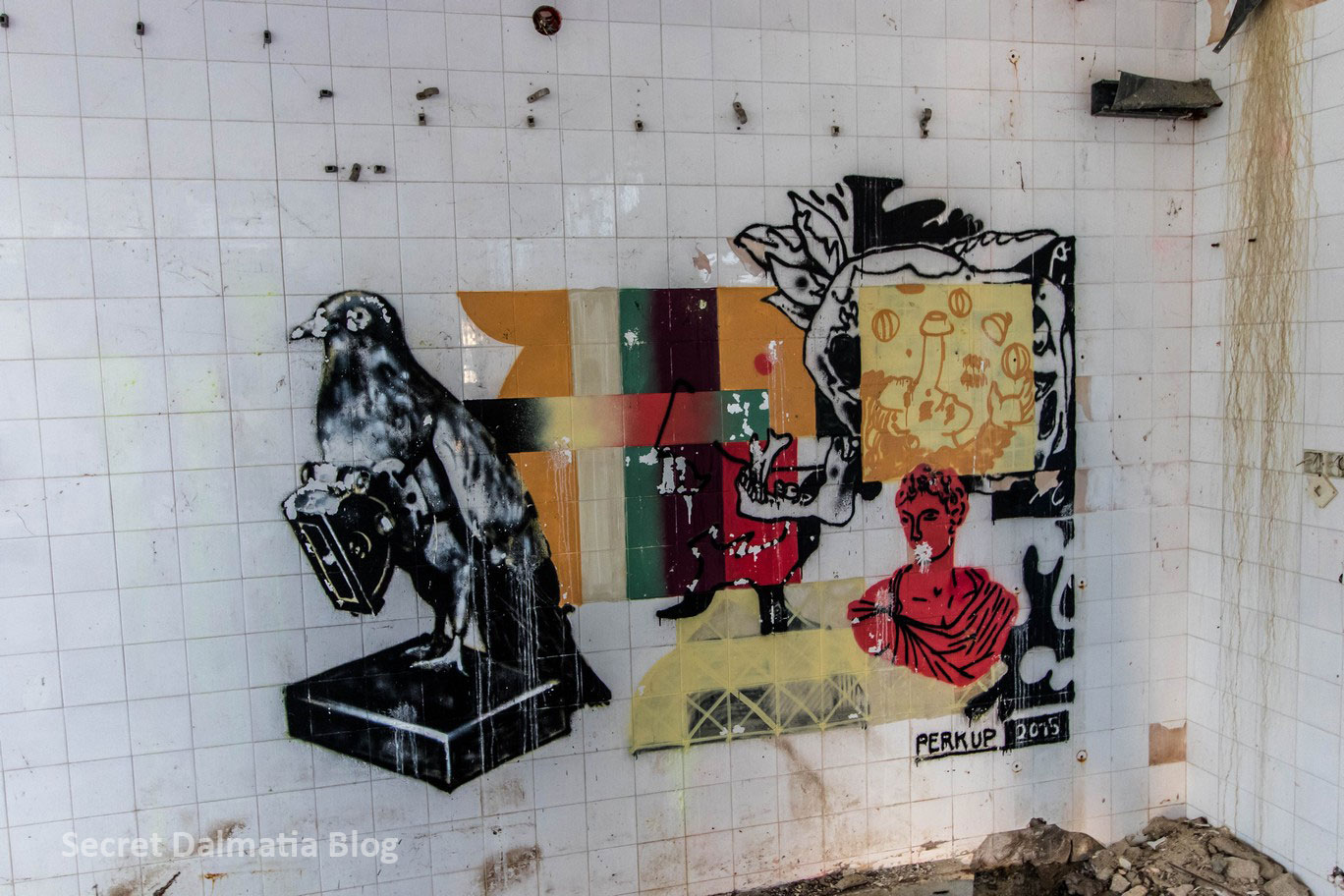 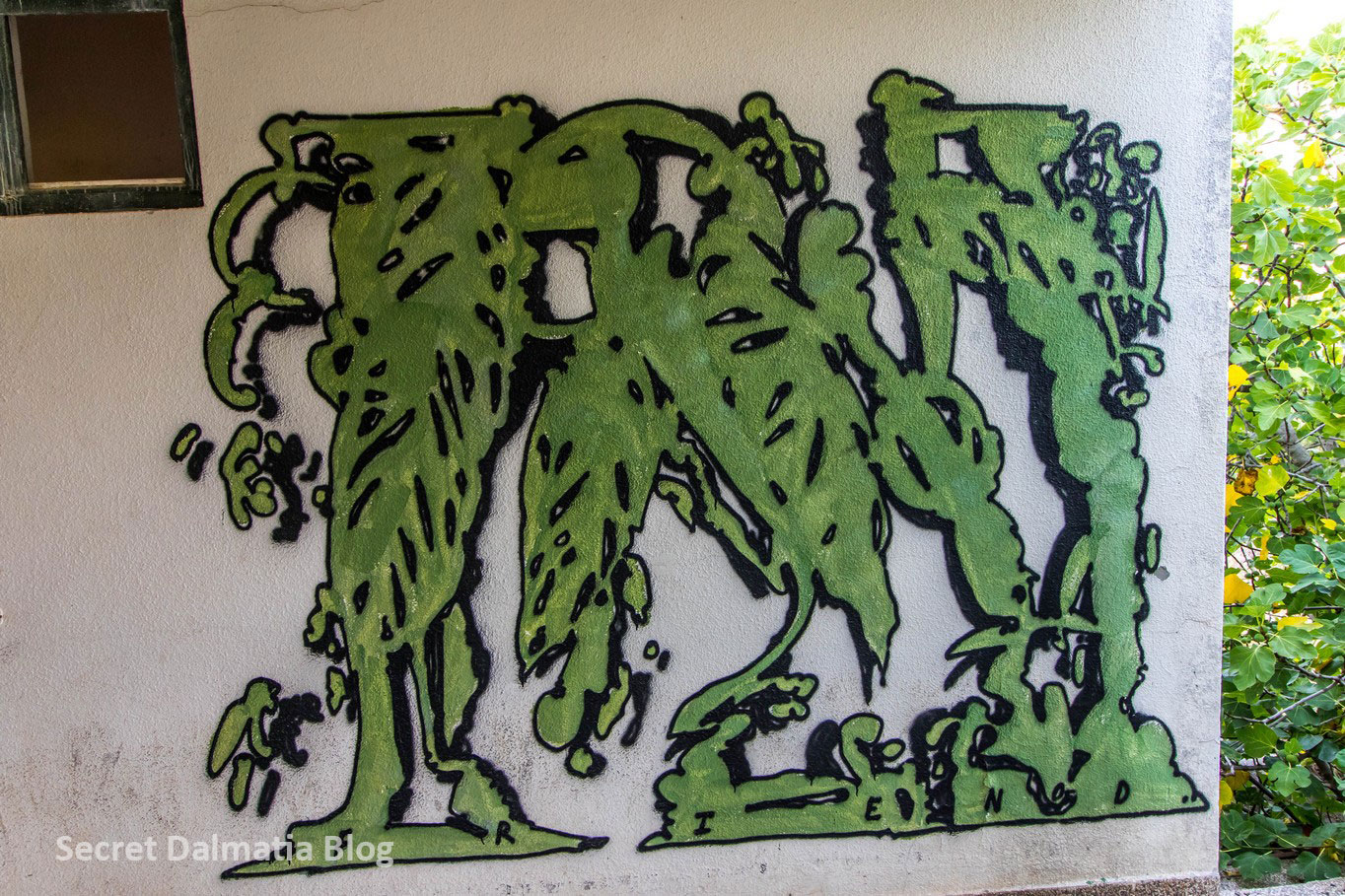 There were few other artists painting on the walls but Perkup did most of the work and it is just stunning. 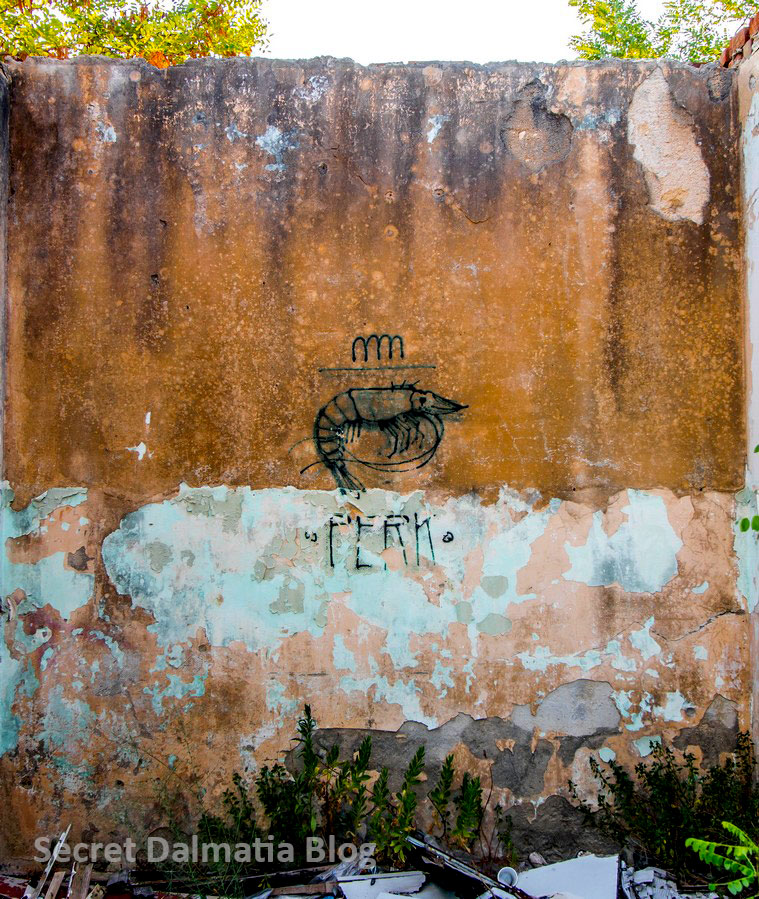 The entire place has a very special aura in a hot summer afternoon and I cannot deny an abstract beauty in this total devastation. 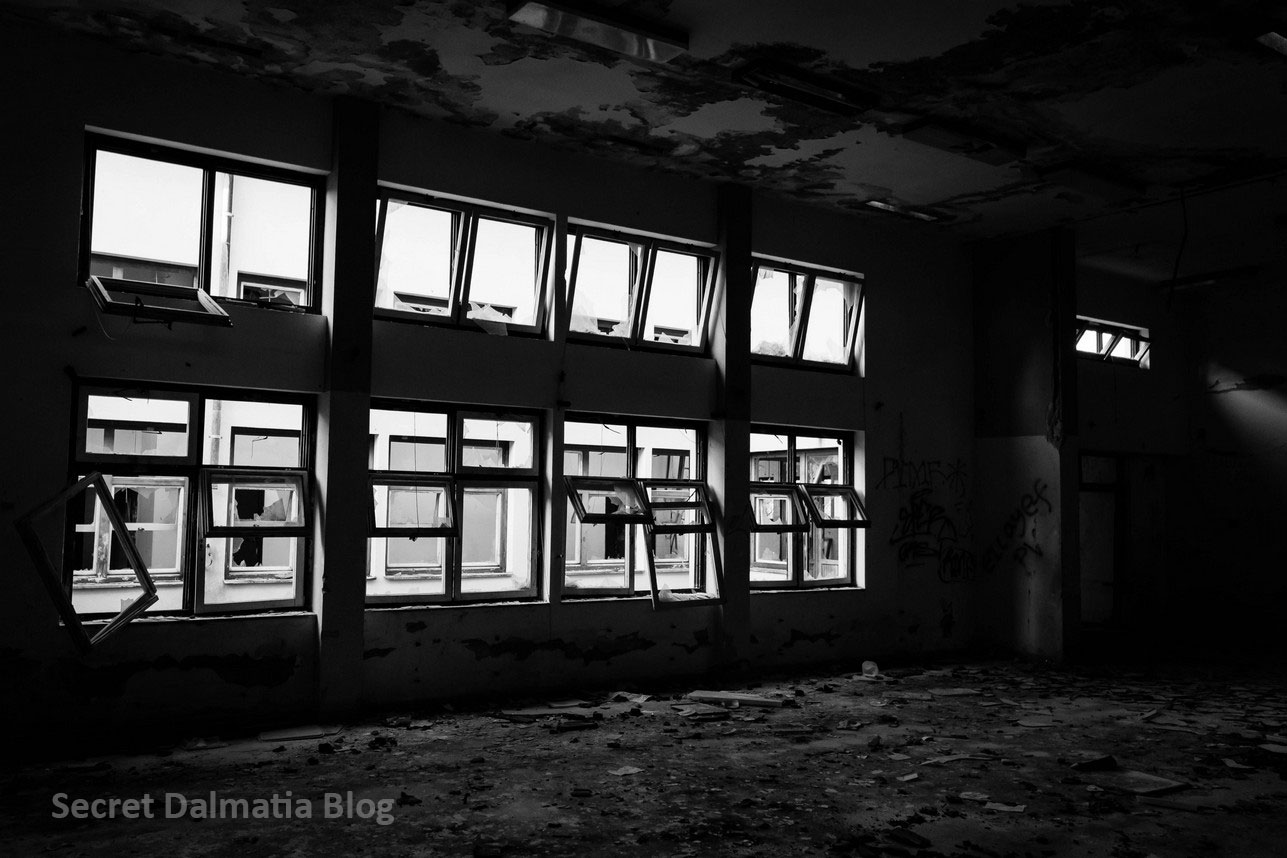 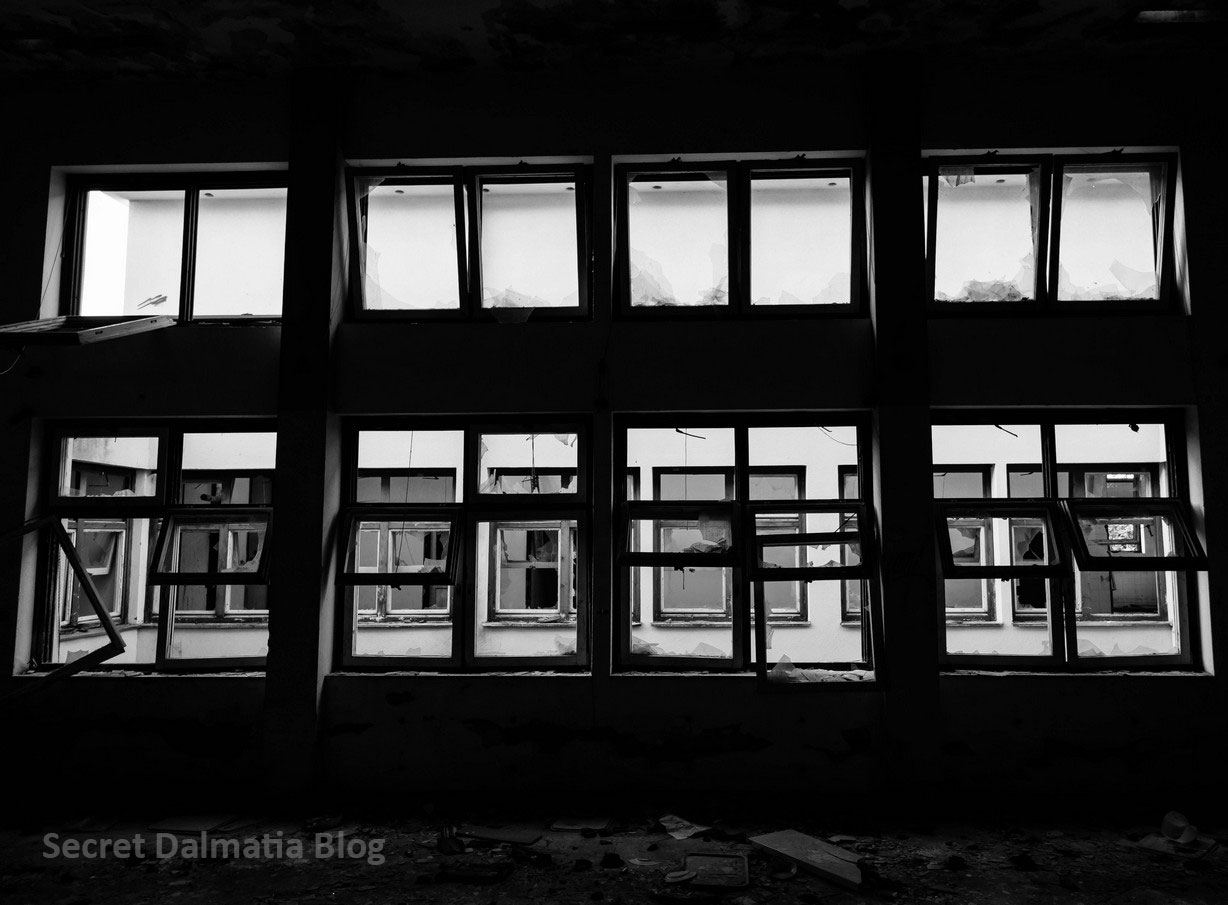 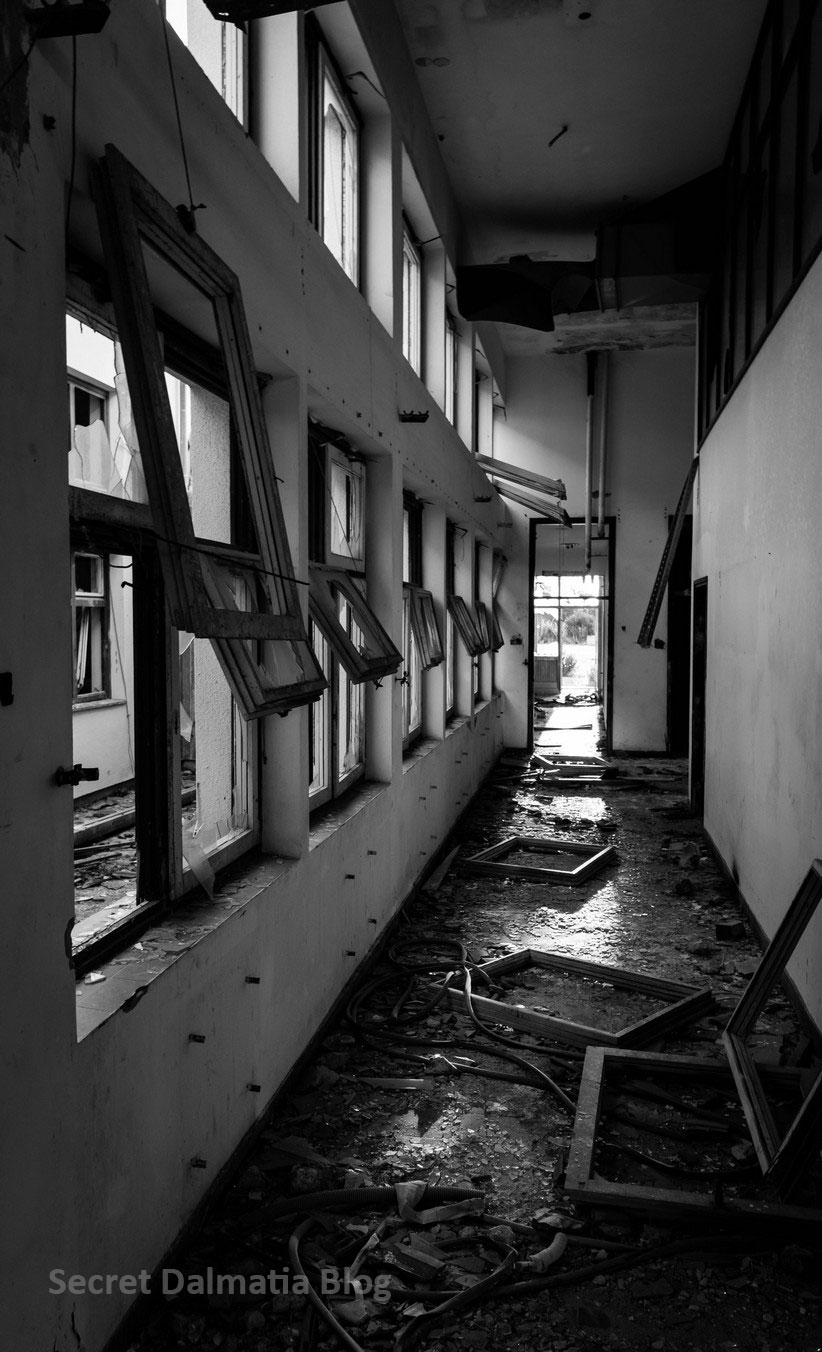 But small details like a mess of old cups and trays brings you back to the days of serving in the army. I was serving in 1998 in Sinj and Šibenik and always thought of those days as complete waste of time. But that period was always quite emotional and even now some folks have fond memories of their friends whom they served with in JNA and Croatian army. 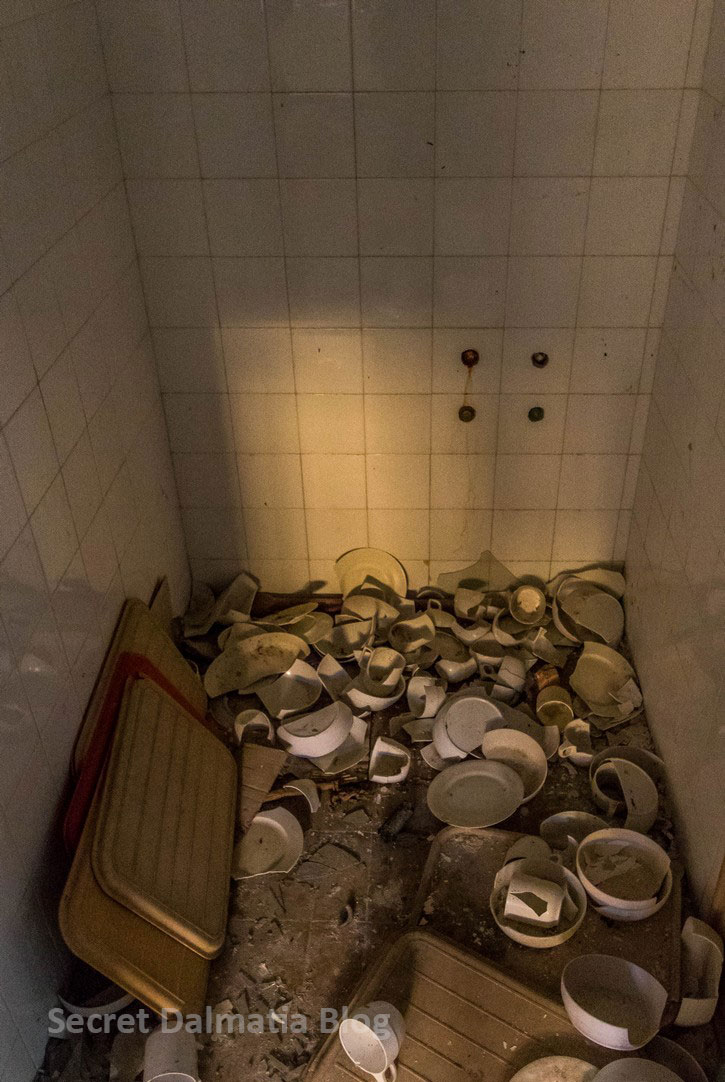 There are few other graffiti in the dormitory, but nothing had the power of Perkup’s work. 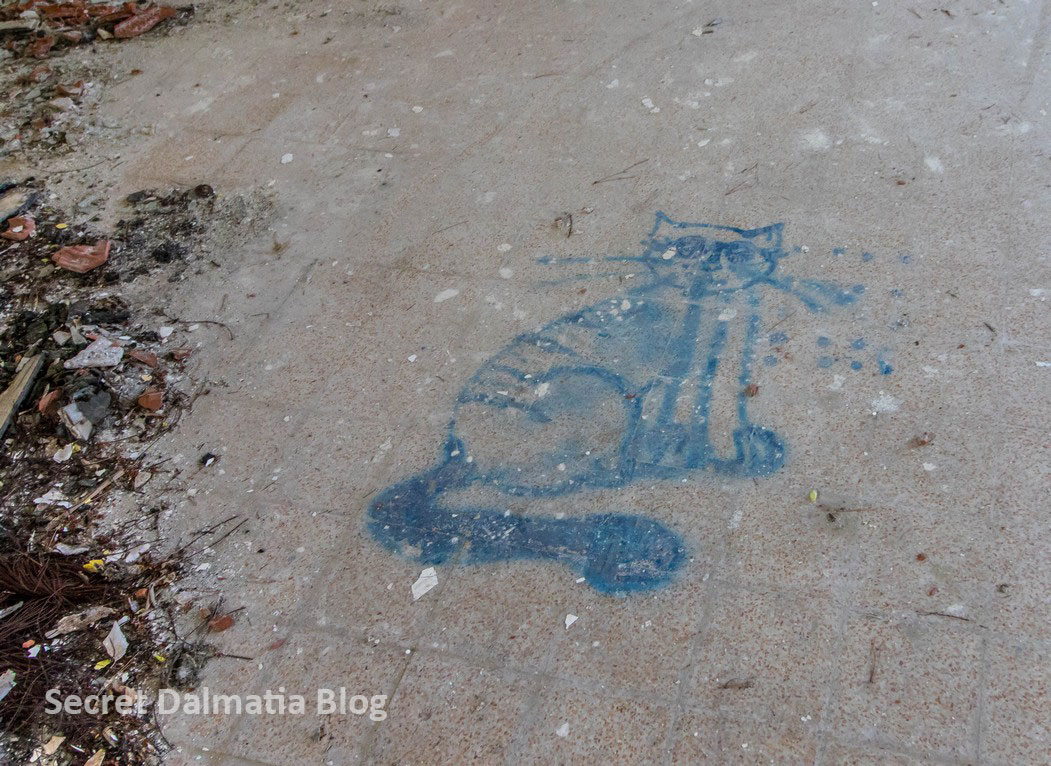 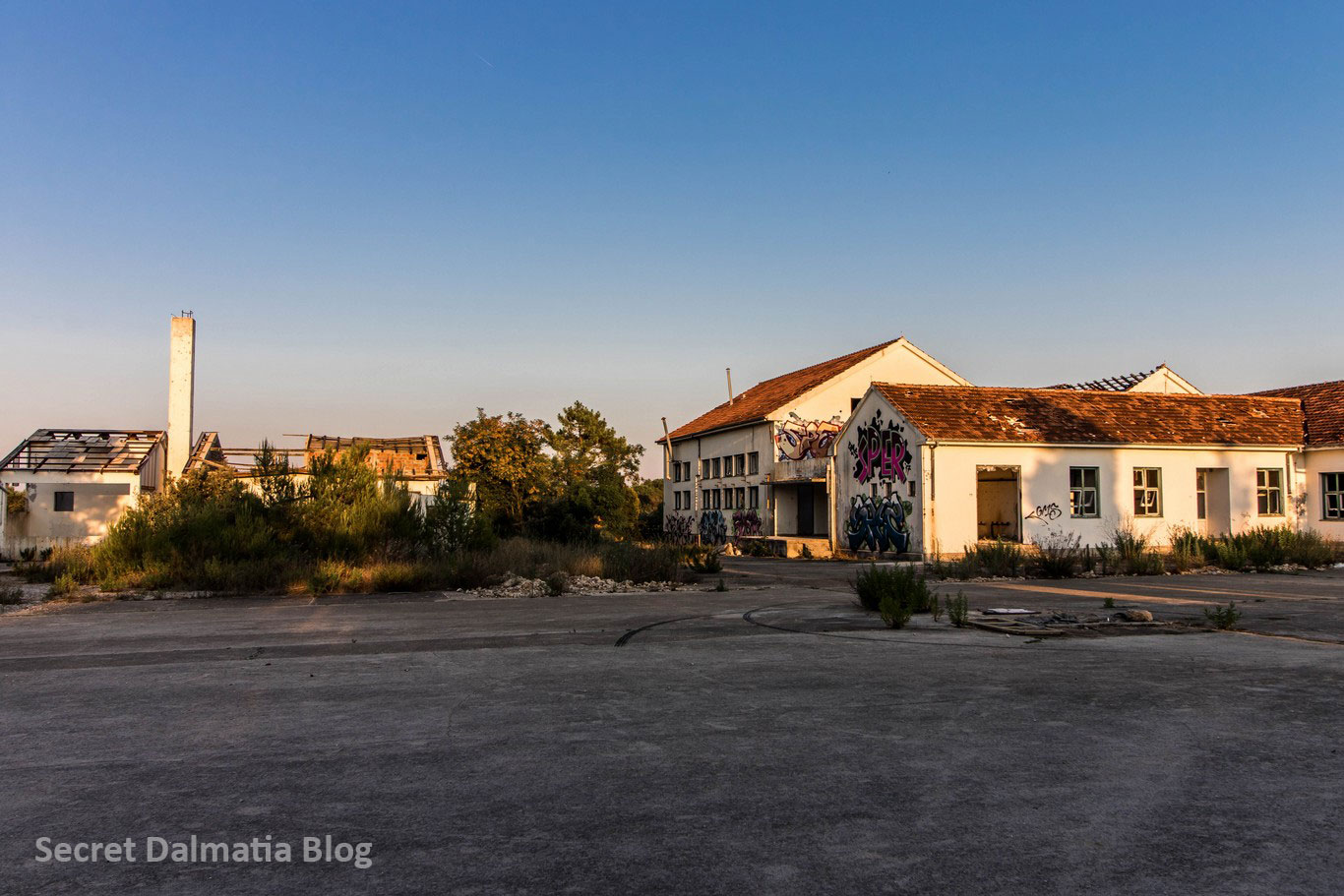 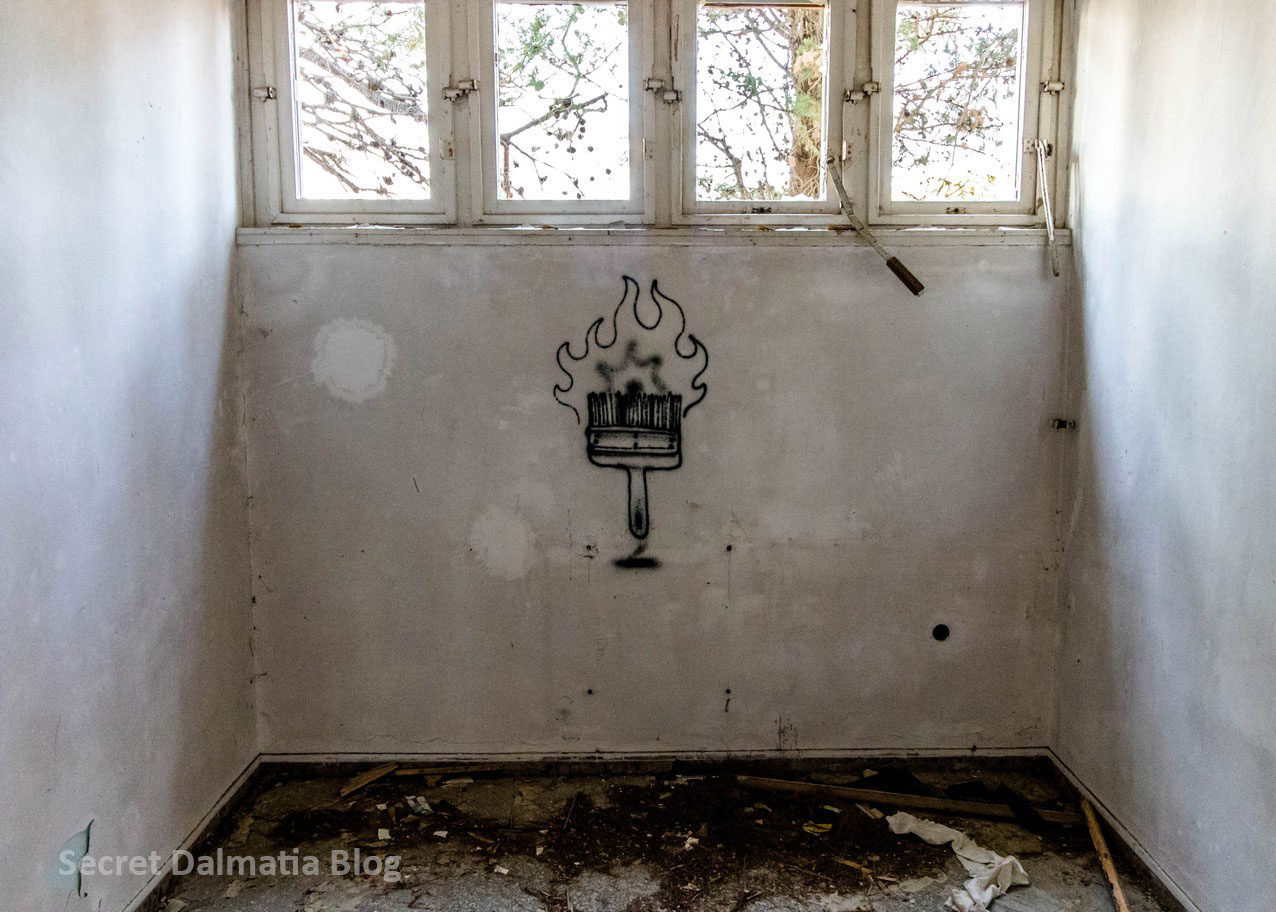 Even some forms of very basic devastation I found beautiful: 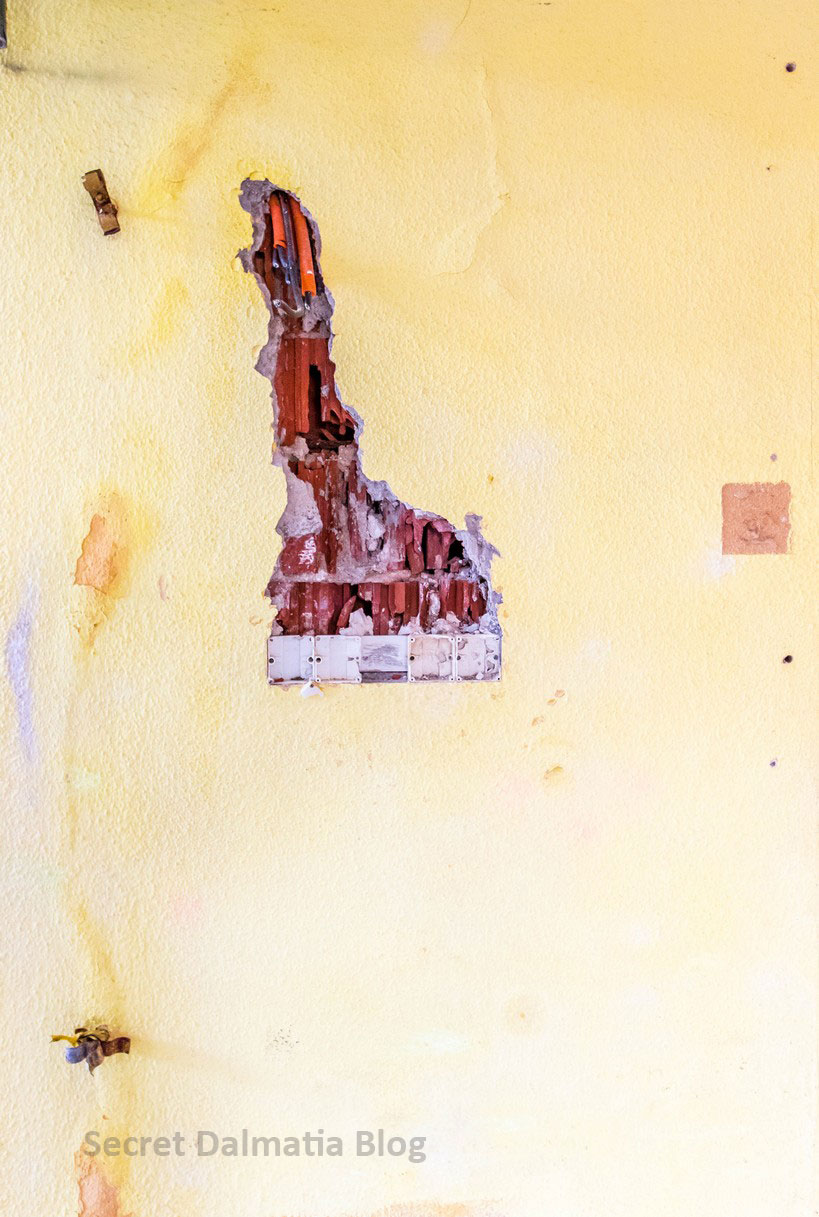 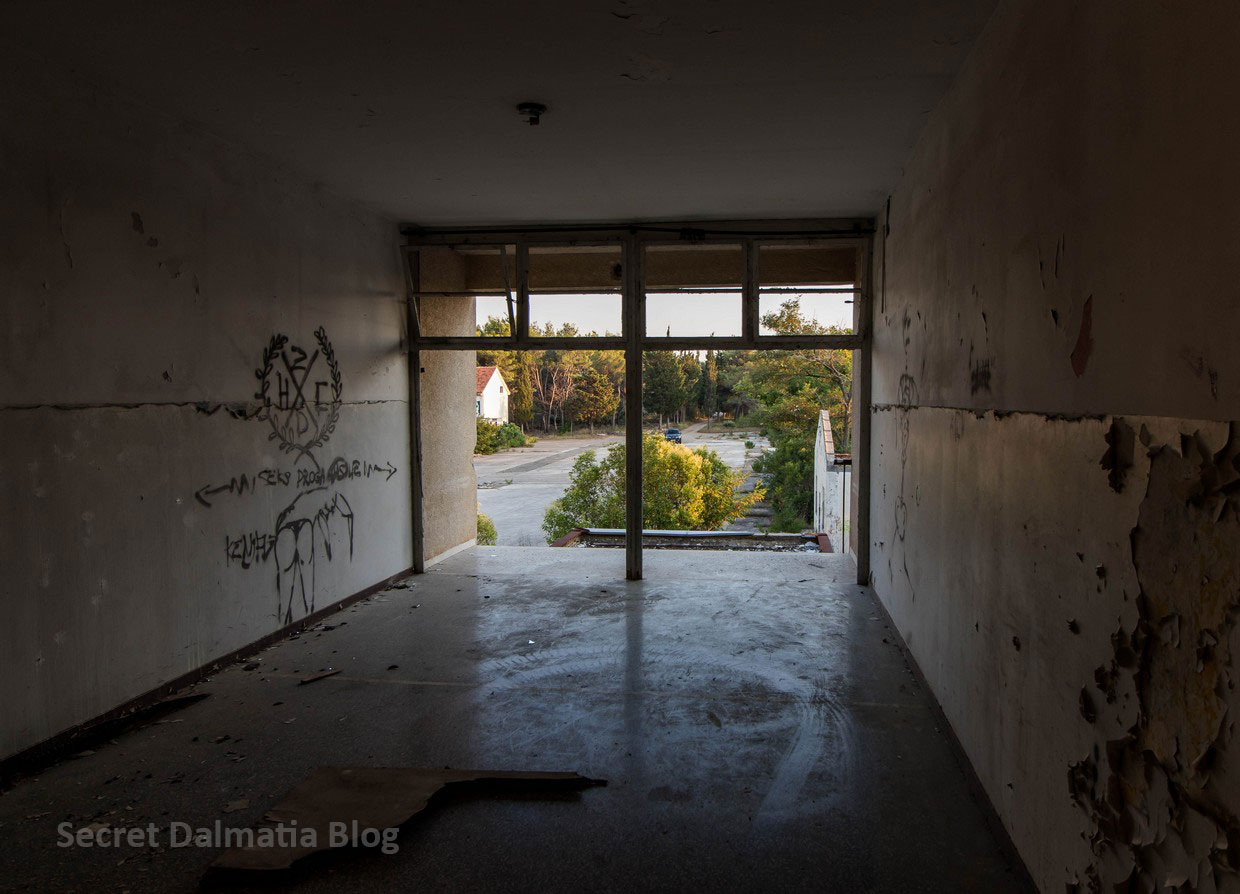 Šepurine are now just a place of ghosts. It could have been at least preserved as an important witness of the glory days of the 1995 or at least guarded better. It reminds me of the abandoned military tunnels on Solta and that curious art gallery I focused on a while back: Curious “gallery” on Šolta Island 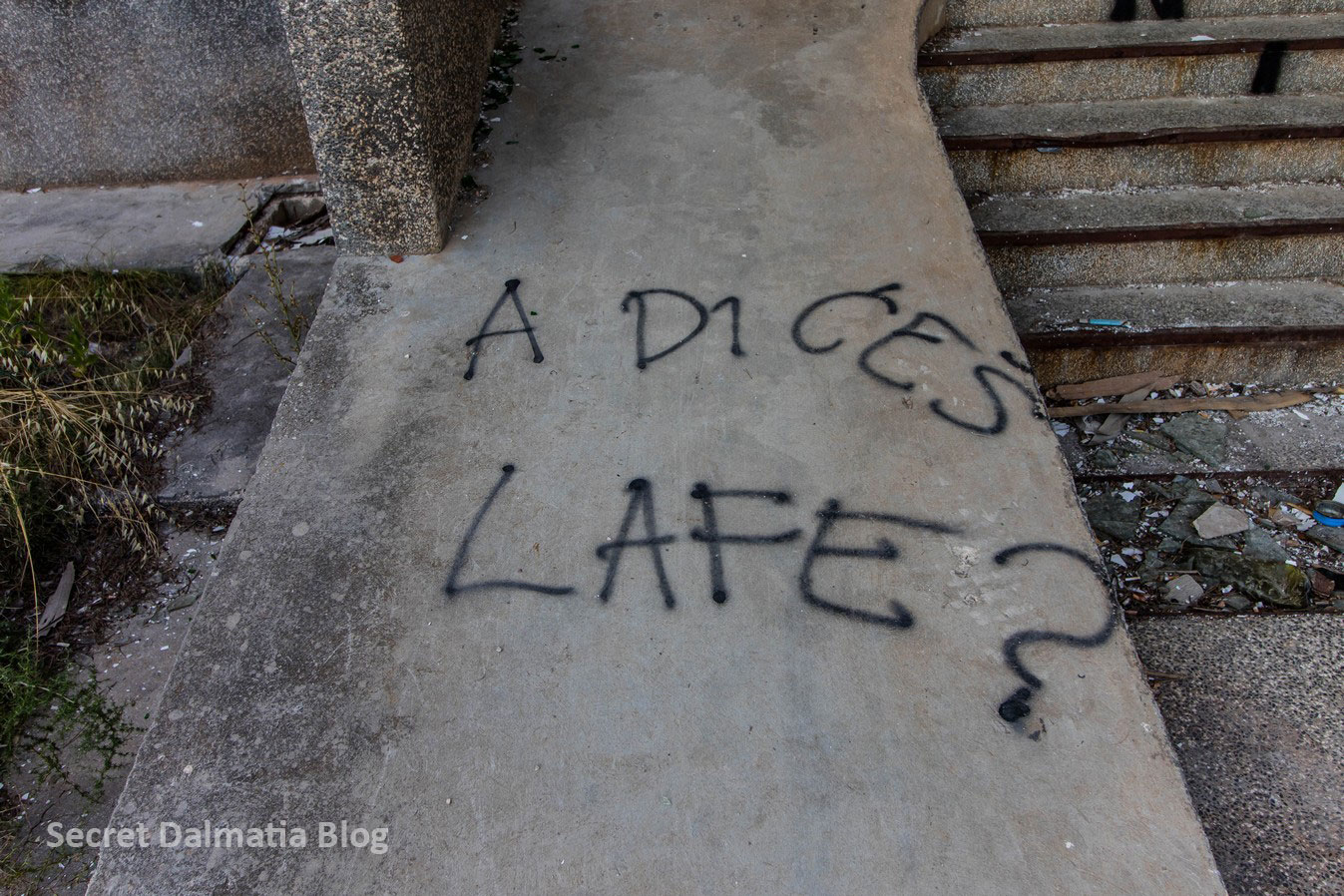 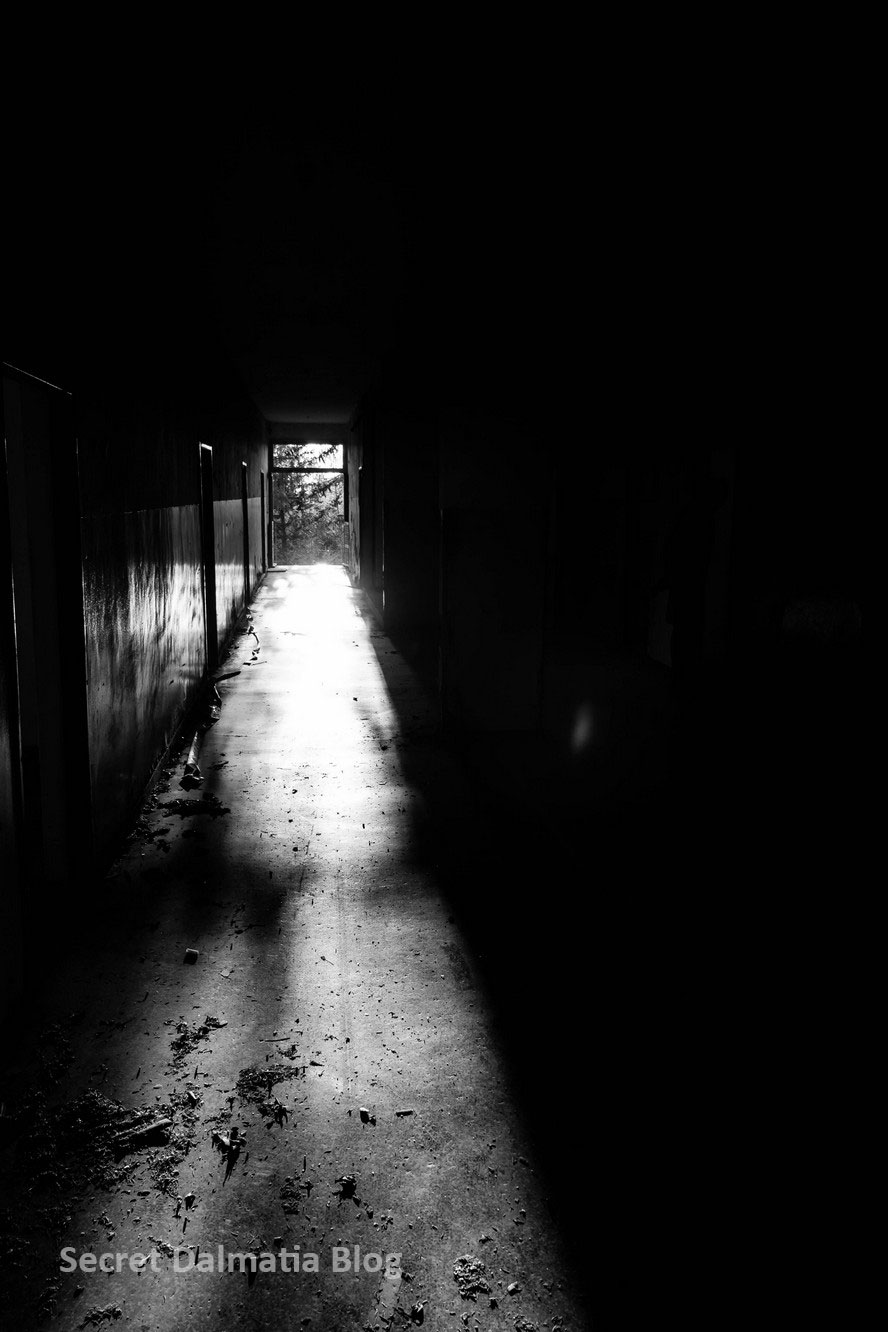 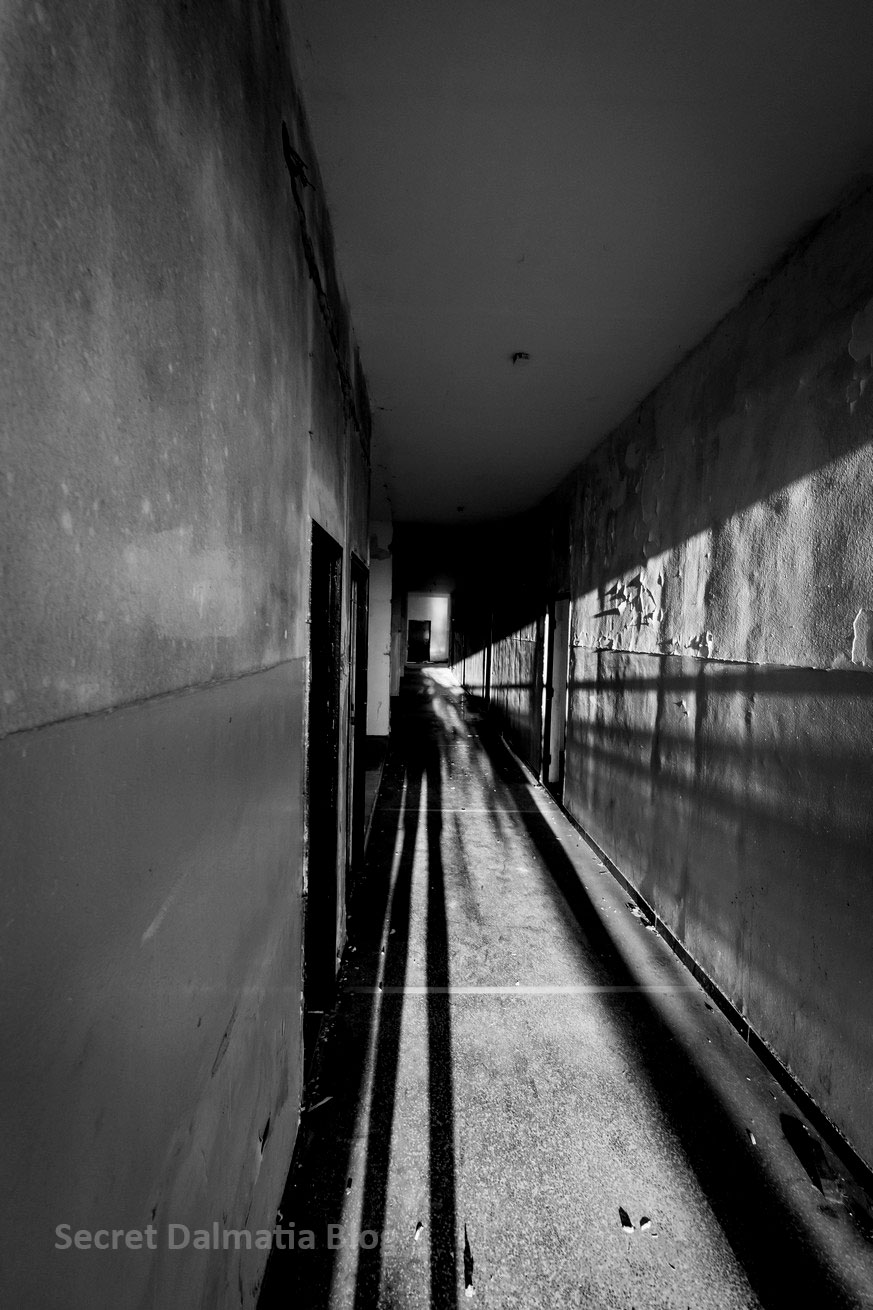 But this way we can have it for ourselves. This way the only shadows can be ours.