Dalmatian landscape is made up of mostly limestone. Karst, as it is a scientific name for it, is by a definition a landscape formed from the dissolution of soluble rocks such as limestone, dolomite, and gypsum. It is characterized by underground drainage systems with sinkholes and caves.

So there are A LOT of caves in Croatia! Many known for millenia and explored but still hundreds all over the country that have not been discovered.

We had a great opportunity last month to visit two very special caves in Dalmatian hinterland. One, Velika Ćulumova pećina, is near Kijevo and Vrlika and is well known for its massive bat colony.

This cave is easy to visit – with permits! – as it does not have drops and serious differences in heights. The initial descent is some 7 meters difference from the entrance and then it is fairly flat all 360 meters of its length. But it is also very decorated and considered to be one of the most beautiful caves in this part of the country. 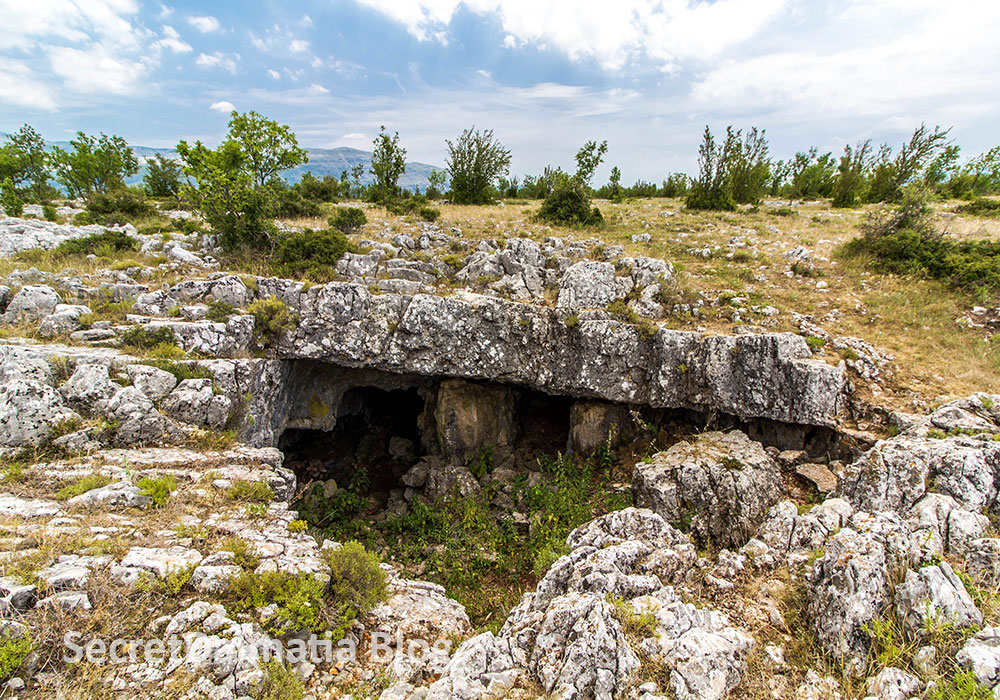 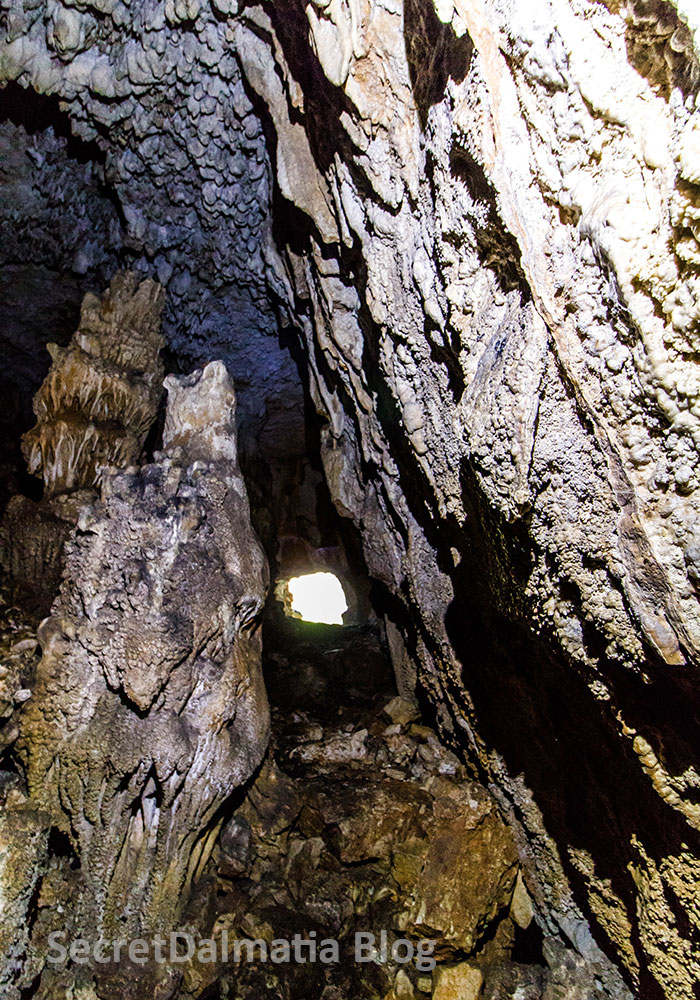 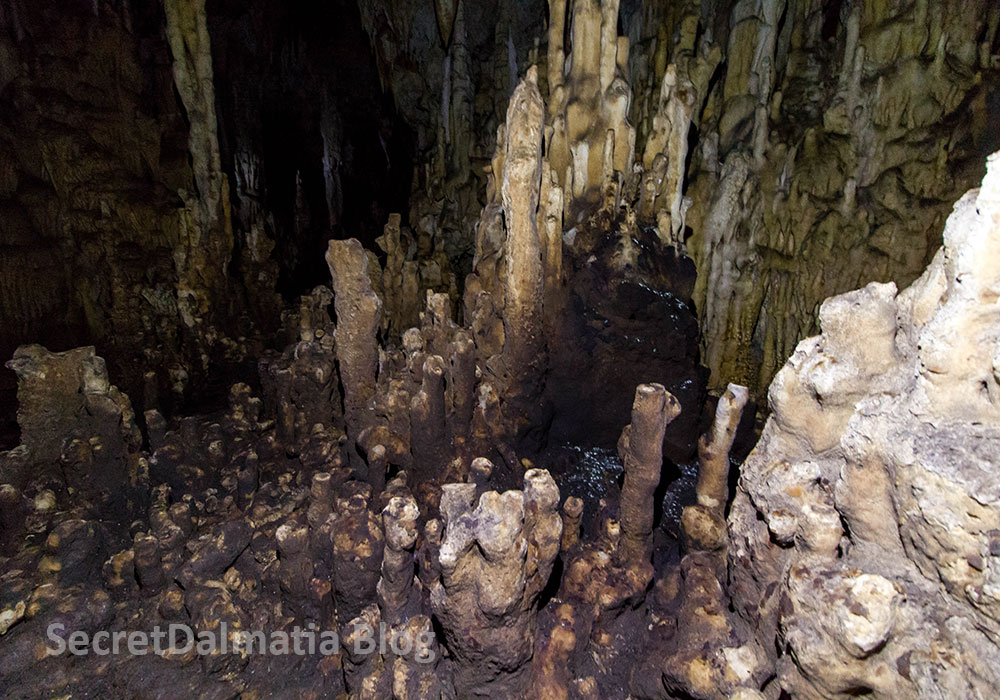 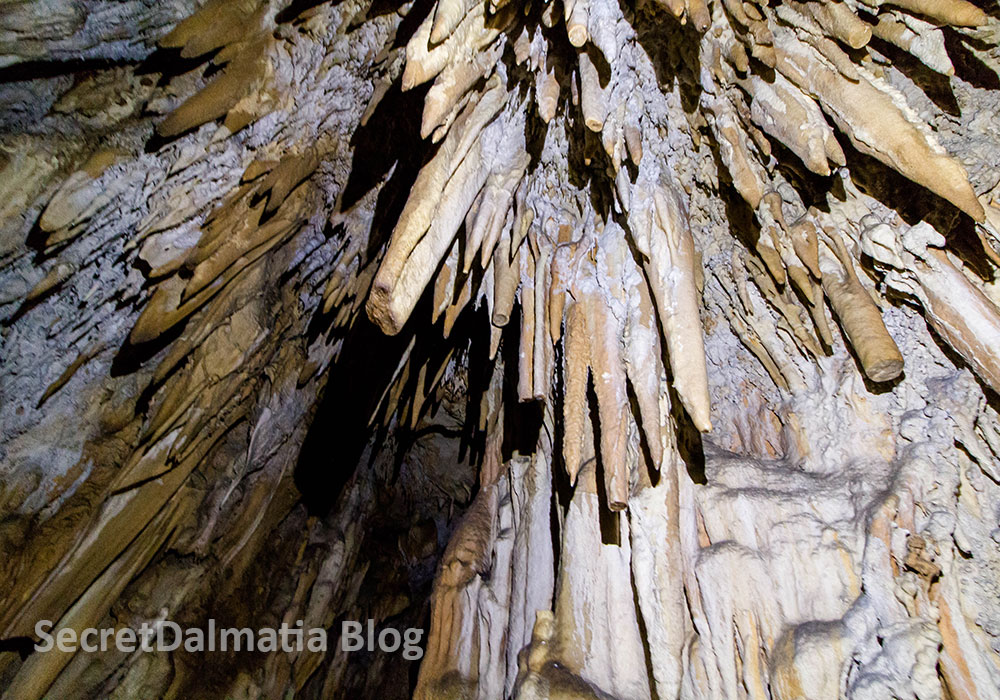 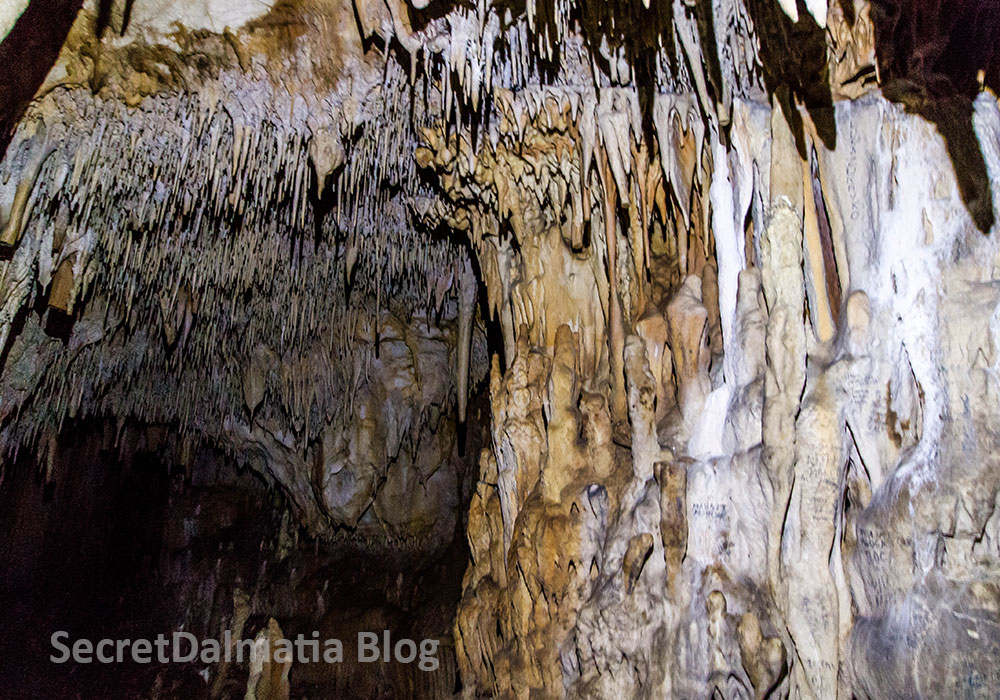 The colony of bats inside is several thousand strong and the sound of them squeaking above your head may not be the most pleasant sound you ever heard. We tried not to disturb them and I even turned off my strong helmet light. I have a custom helmet light that makes all of modern helmet lights shamefully weak so I turned it off in the big hall with bats. Bats are not blind, contrary to general opinion. We also kept as quiet as possible. 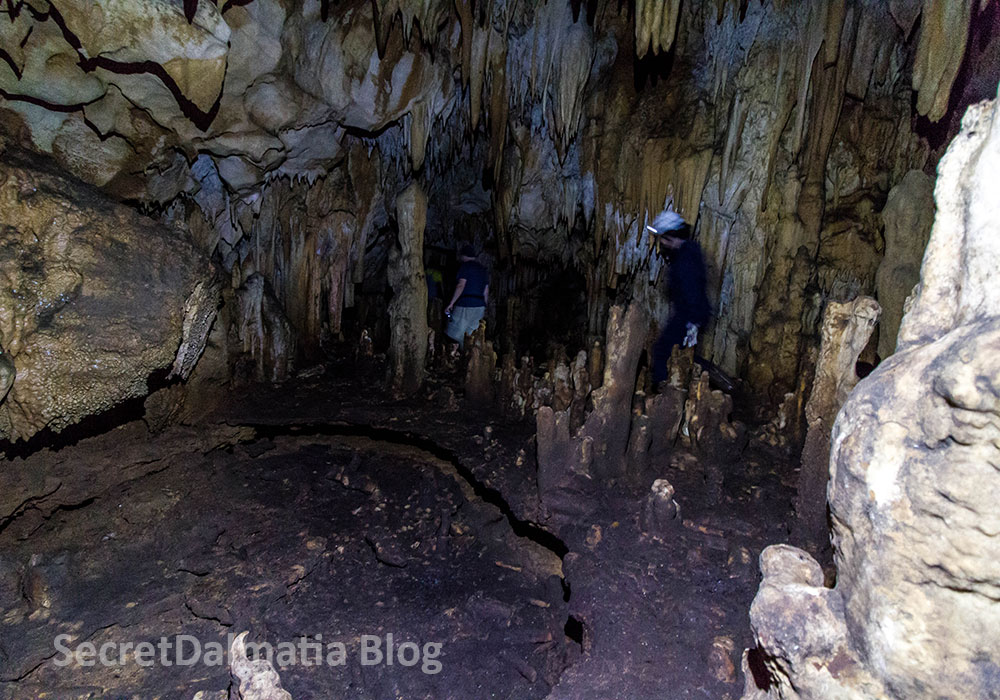 All over the cave, mud like leyer of bat dung is found. The guano does not smell nice and there is a LOT of it! Some places even knee deep so we all had boots on. It is that black matter on the ground.

We continued exploring and finally reached the last hall. Evidence of human devastation is very present as many of the ornaments have been broken and taken away… There are even graffiti from 1930s in the last hall. Sad. 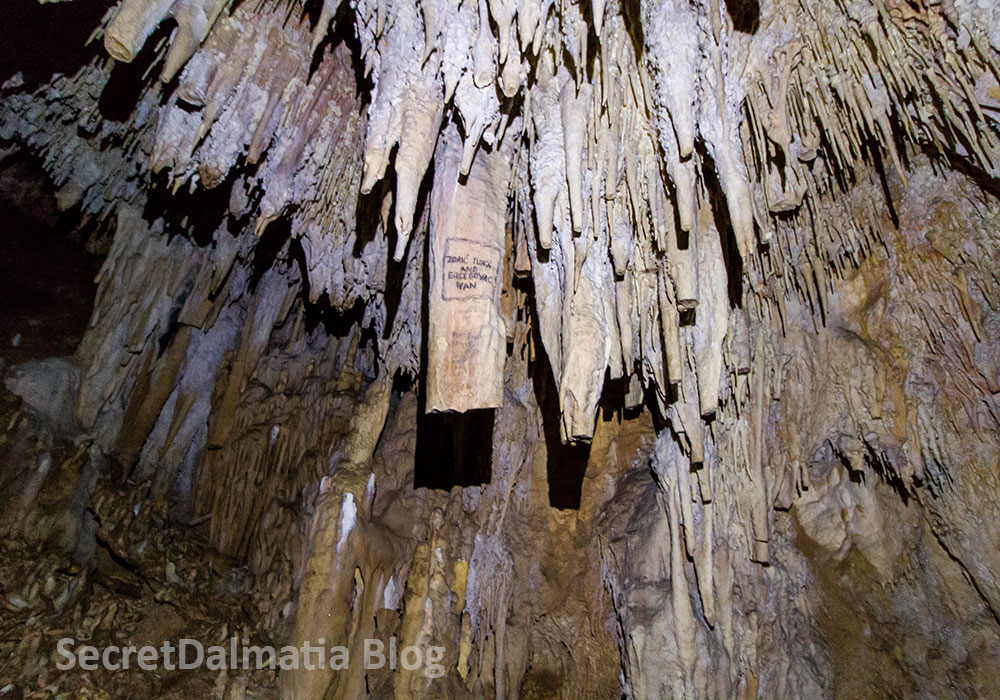 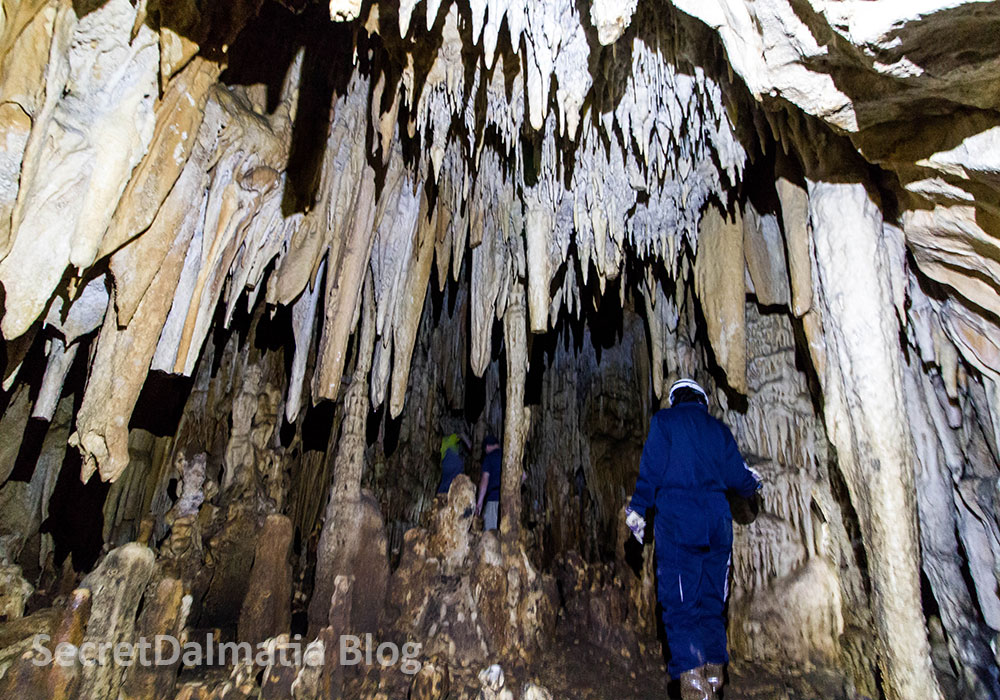 I do think the entrance should be closed by some sort of iron gates like on other protected caves in order to preserve the cave and its bats. Not everyone is responsible and loves nature…

Next stop was a very special treat!

There are caves and pits that have been used as places of worship, shelters and even storage facilities but very few as wells. One of them – and it is simply a marvel of traditional architecture – is cave near Kistanje in Bukovica region of Dalmatia.

One can reach it by taking a main trail though the fields near the village of Bezbradice. 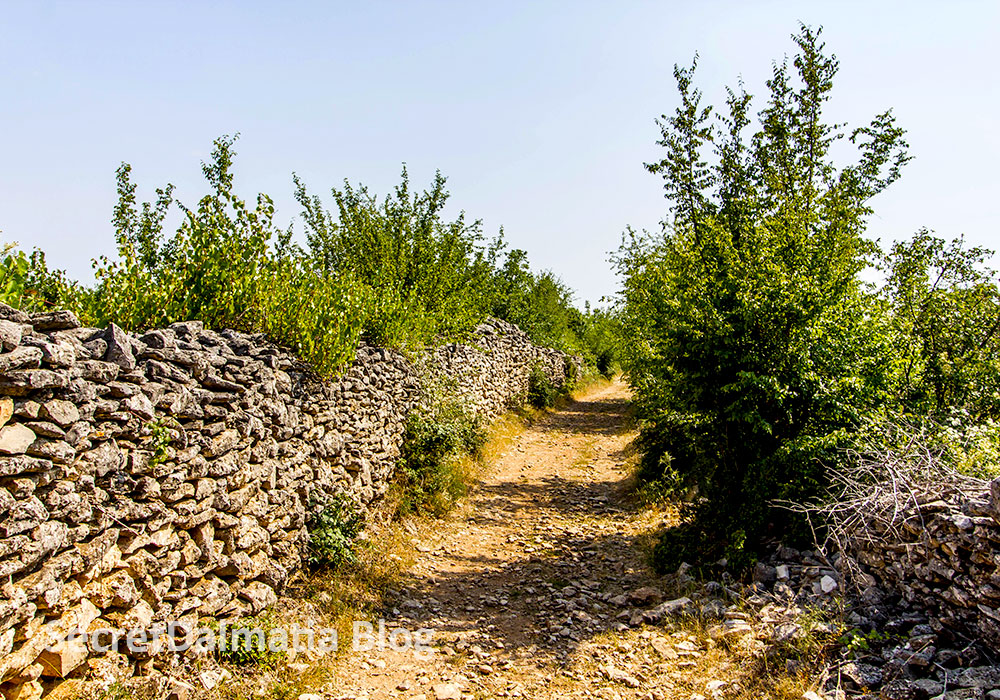 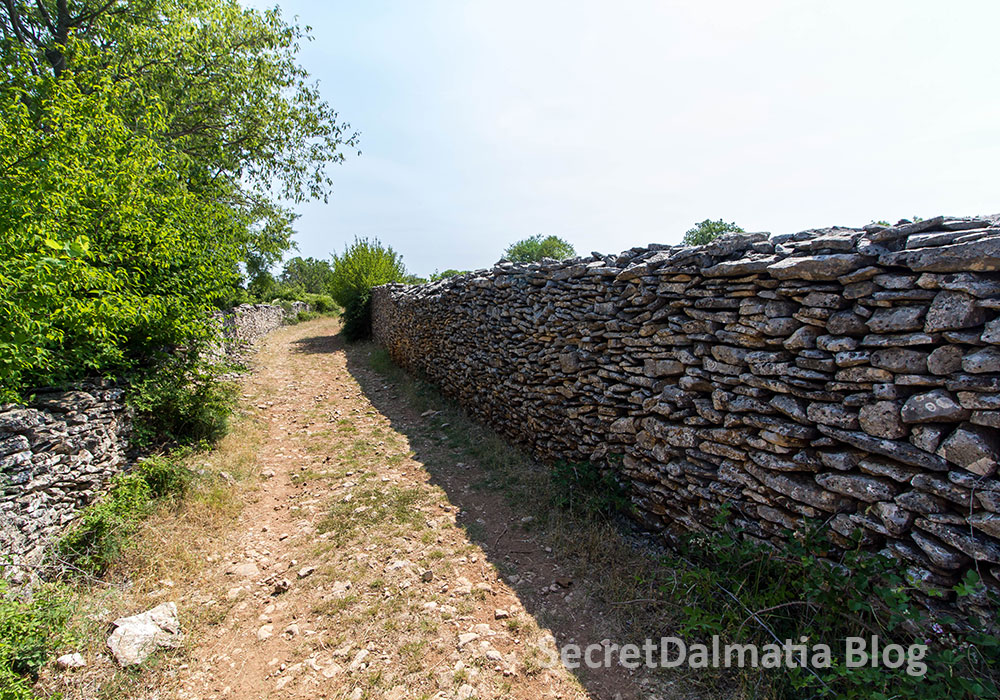 This traditional dirt road is work of perfection with all these flat rocks making up a massive wall leading to the actual well and deeper in the fields.

It was about 34 Celsius (93 F) and there was no place to hide from the hot sun. But then we reached the well. It is basically a combination of a man made structure and a cave that, long time ago, someone thought to be an excellent source of fresh water for most of the year. 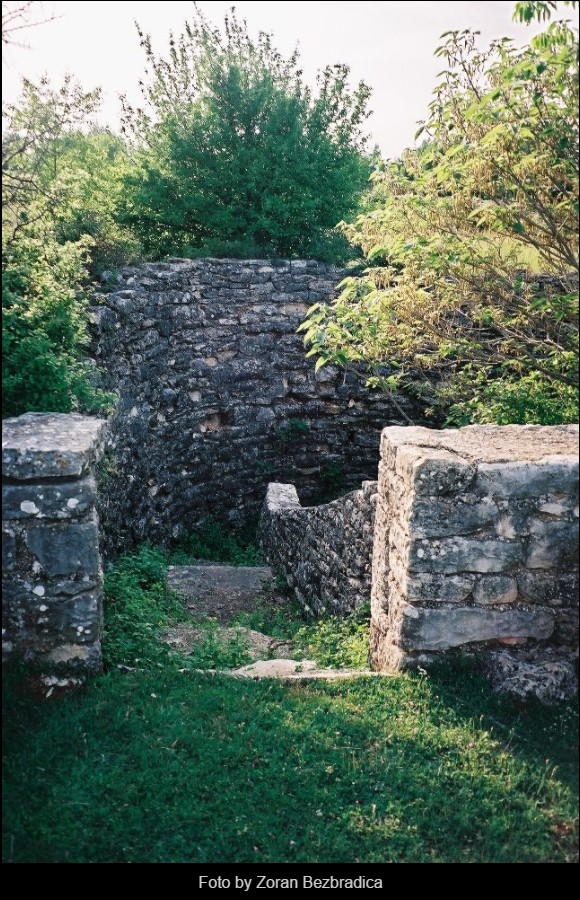 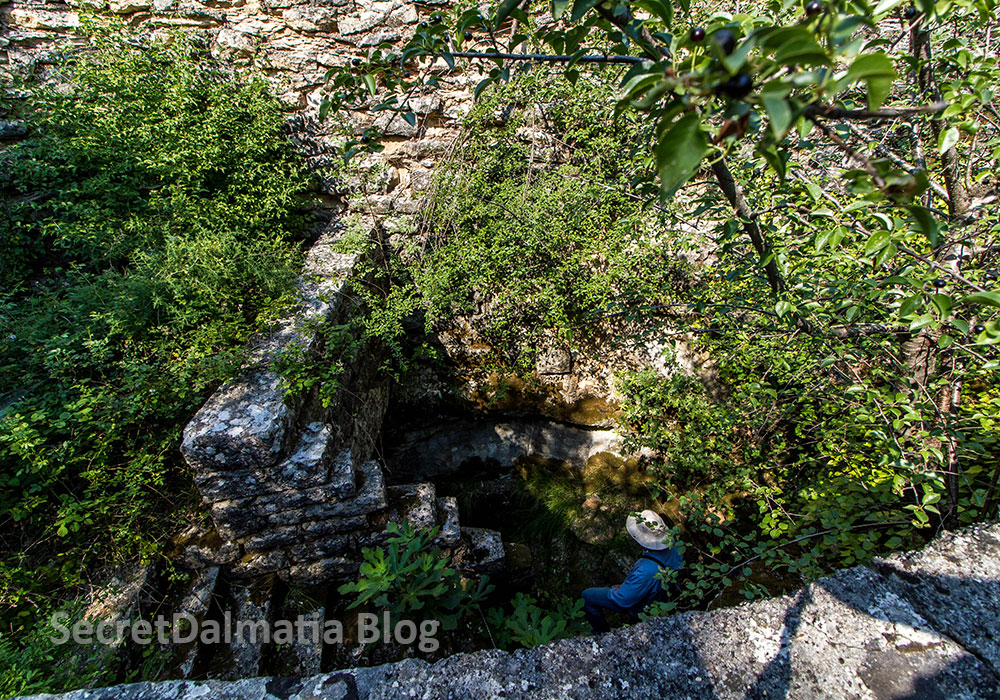 In order to get to the water, locals build a structure with several steps all the way down to the actual well. The water can get awfully high as seen from the marks it left on much higher level of the well. 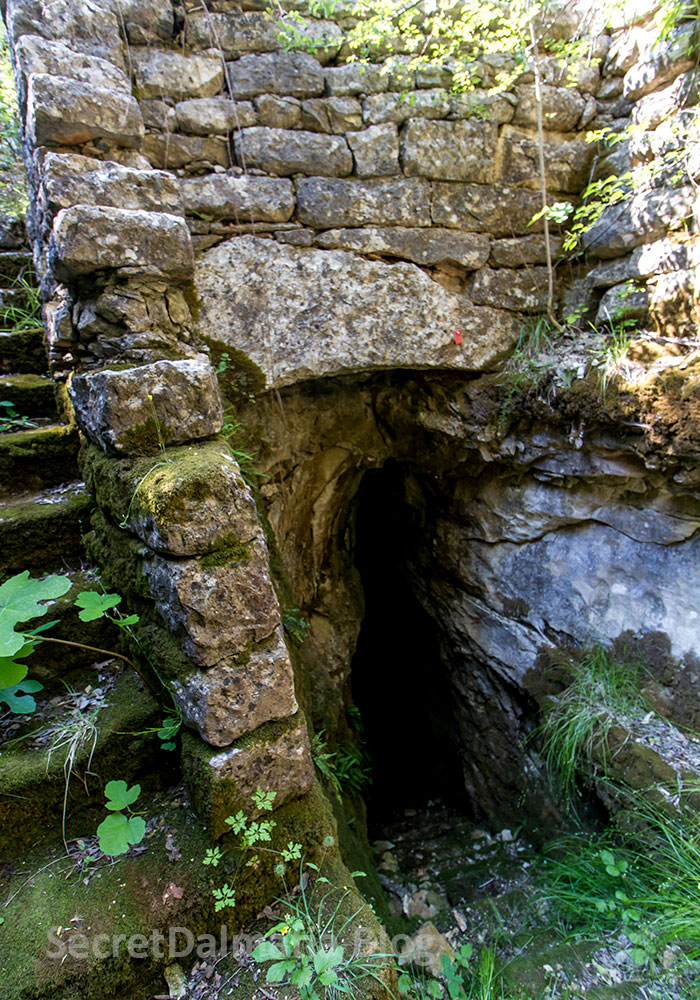 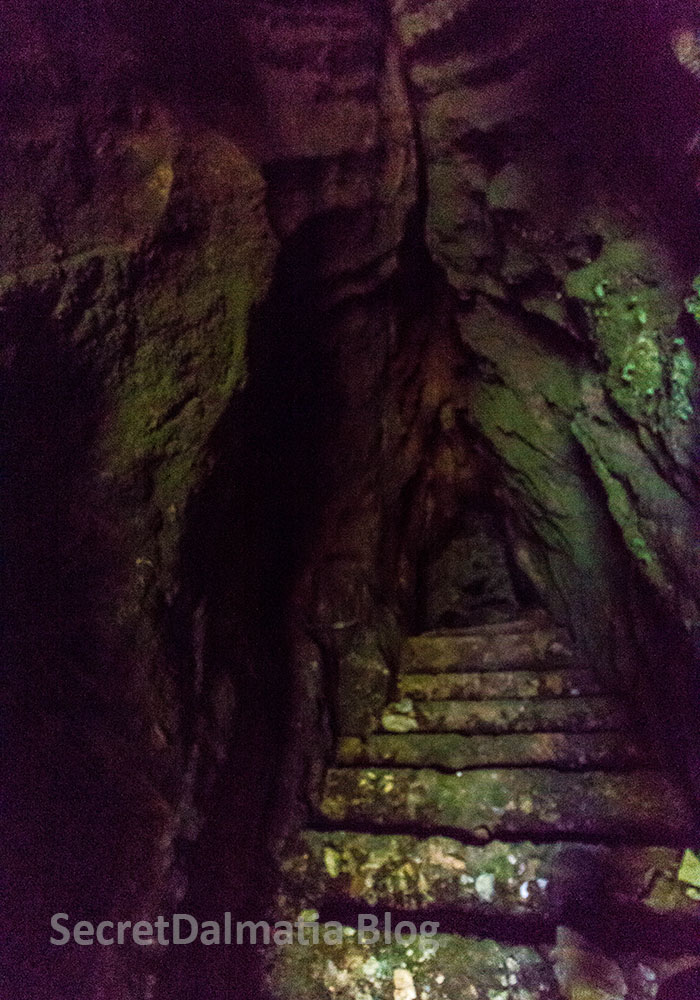 The water is so still that I thought there was nothing there till we threw a small rock. We did not have any vessel to get water from below as it was quite lower than the last step but I will return.

According to local legends, the water from this cave is part of a large, underground river Marica. This water has healing powers and healed fertility issues with one local girl long time ago. Just legends or…? In any case, this is one of most wonderful spots I have seen in a while! It looks almost as entrance to the underworld. Maybe it is…

Wonderful world of Dalmatian karst does not stop to surprise!