There are quite a few lovely birds living year round (or in different seasons) in our region. The most beautiful – and most colorful of all European birds – European bee-eater (Merops Apiaster)  lives in numerous colonies near our coast. One such colony is found in the heart of Ravni Kotari region and is well known for it’s size and importance.

The colony is fairly strong and numbers over 30 couples. The number of bee-eaters grows stronger year after year in Croatia but it is still a protected species with about 900 USD fines for each bird killed… The bee-eaters can do a lot of damage to bee colonies so beekeepers try to keep their beehives away. Apparently, one bee-eater can eat up to 250 bees a day and they first remove the sting by beating the bee against the hard surface. Besides bees, that are usually only 1% of their diet, bee-eaters also feed on wasps, dragonflies and numerous other winged insects. According to some reports, they feed on bees mostly during cloudy days…

European bee-eaters are a migratory species and spend April to October nesting in Europe and rest of the year they spend in tropical Africa.

Their nests are located in the sandy, easy to dig soil. The birds dig a long tunnel, in which they lay 5 -8- white eggs around the beginning of June. Both male and female care for the eggs for about three weeks. 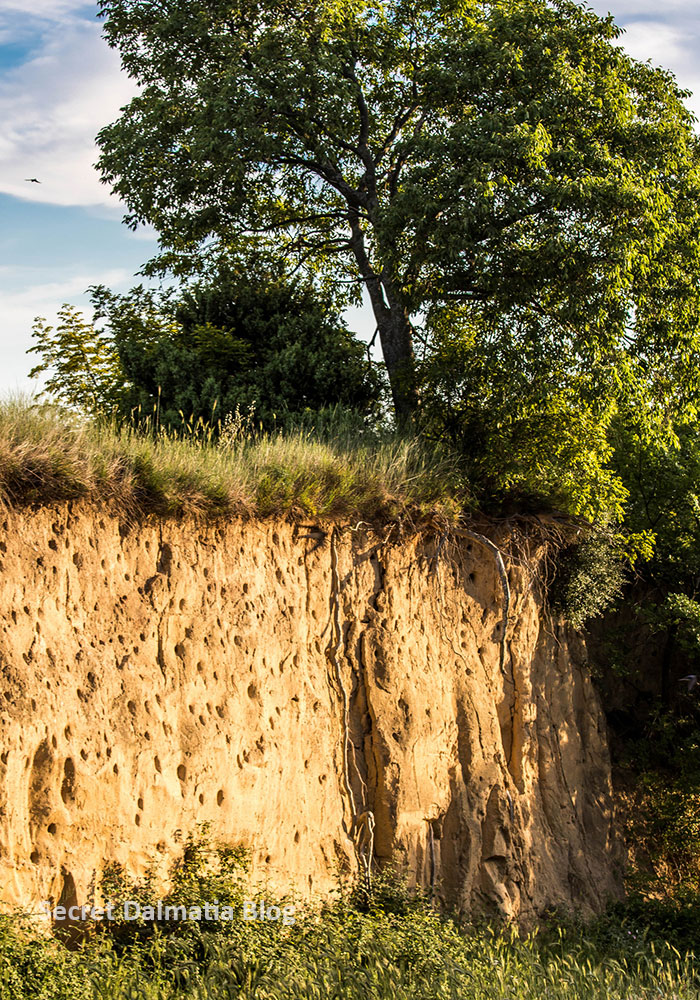 The colony in Ravni kotari has dug hundreds of holes in the sandy soil but most of them are not in use. I still have to return before the end of their summer to see how strong the colony got over the summer. Pčelarica – how the bird is called locally – is one of the most beautiful birds and pure pleasure to photograph. 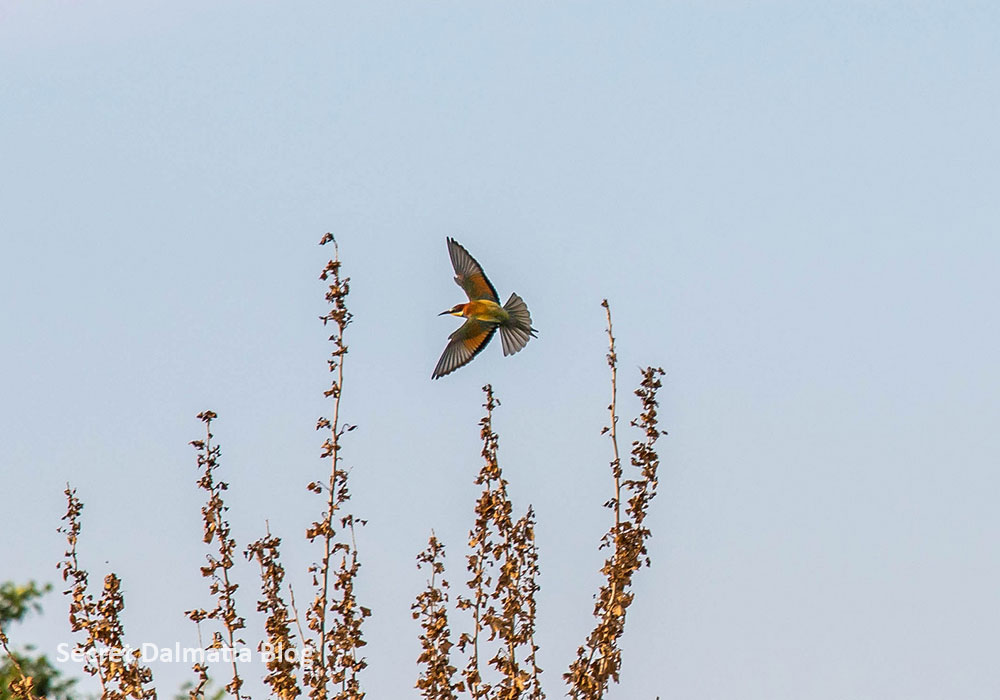 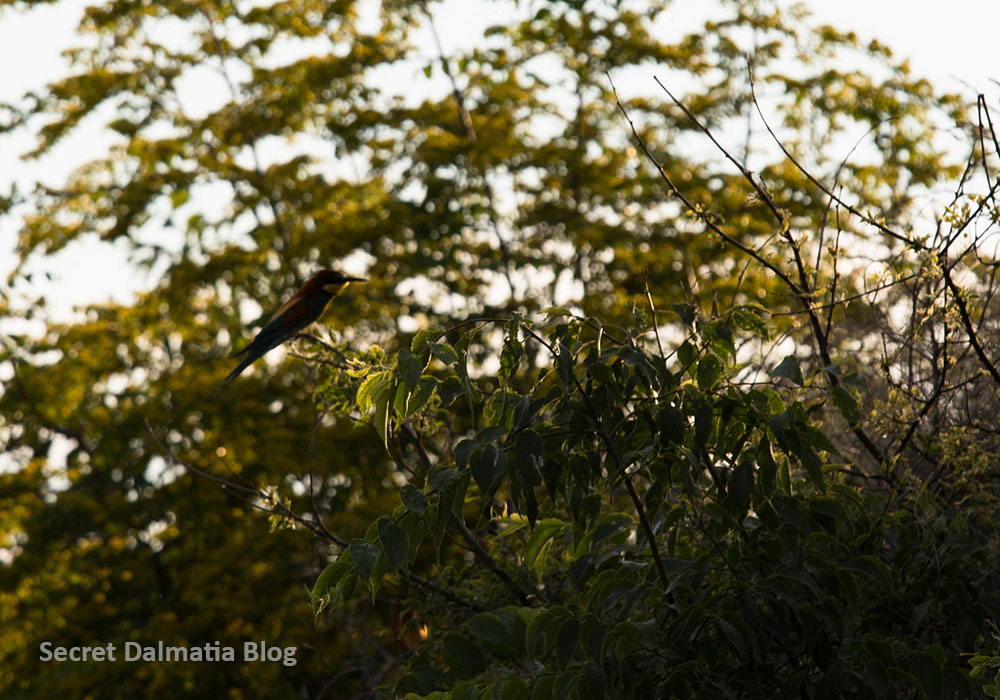 The wonderful and bucolic settings of Ravni Kotari are a perfect home for this wonderful bird! 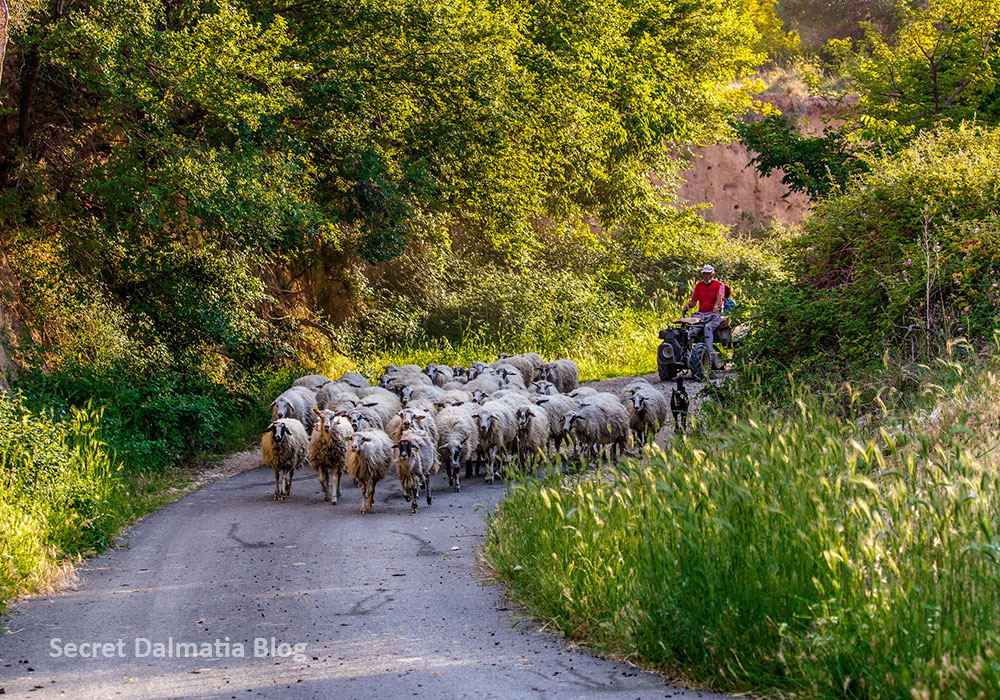