Every year, before the holidays, my last post is on one of the forgotten and, for most people, completely lost hilltop fortresses. Not only that winter is the best period for exploring but it is also a time when most of us think of our past year, accomplishments, failures, desires and wishes. It feels natural to visit places where people no longer live. Places that sit abandoned for millenia.

One of those places is Orlić hilltop fortress (or Gradina how it is called locally). These sites are generally atributed to local Liburnian or, commonly known, Illyrian tribes that inhabited these regions before the Roman arrival but also mixed with all later settlers. 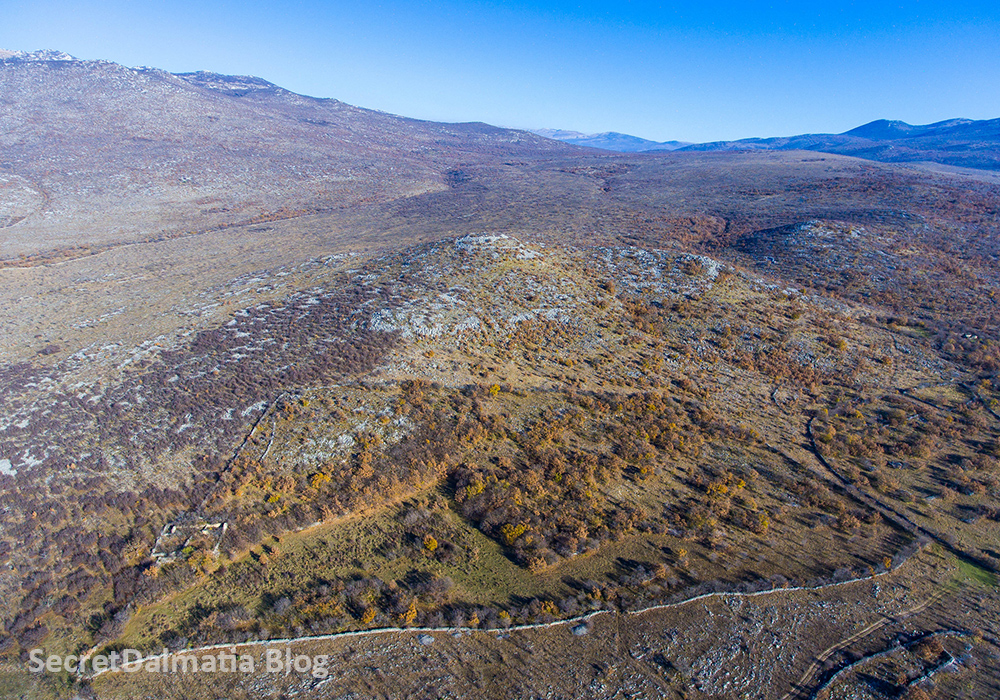 Gradina Orlić is located just off the old road from Krupa village to Ervenik. Strange thing is that it was not mentioned in any of the numerous books and scripts I had a chance to read. That was a reason more to go to the actual place and see what it is all about. 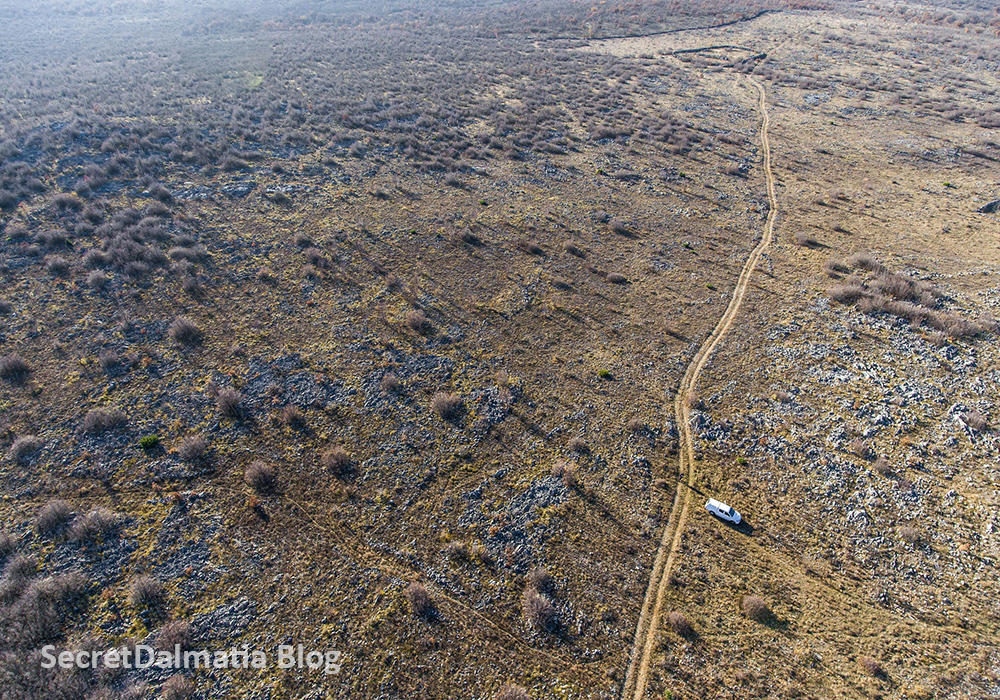 The road is mostly in a good shape until one reaches the path that goes to the foothill of the Orlić Hill. That path is for serious off-road vehicles and for those who don’t mind their cars getting scratched as it is a demanding and slow rocky goat path…

The landscape is rugged but fascinating. The very edge of Dalmatia offers a mixture rocky hillside and desert looking plane filled with small patches of woods and interesting stone walls so characteristic for the region. 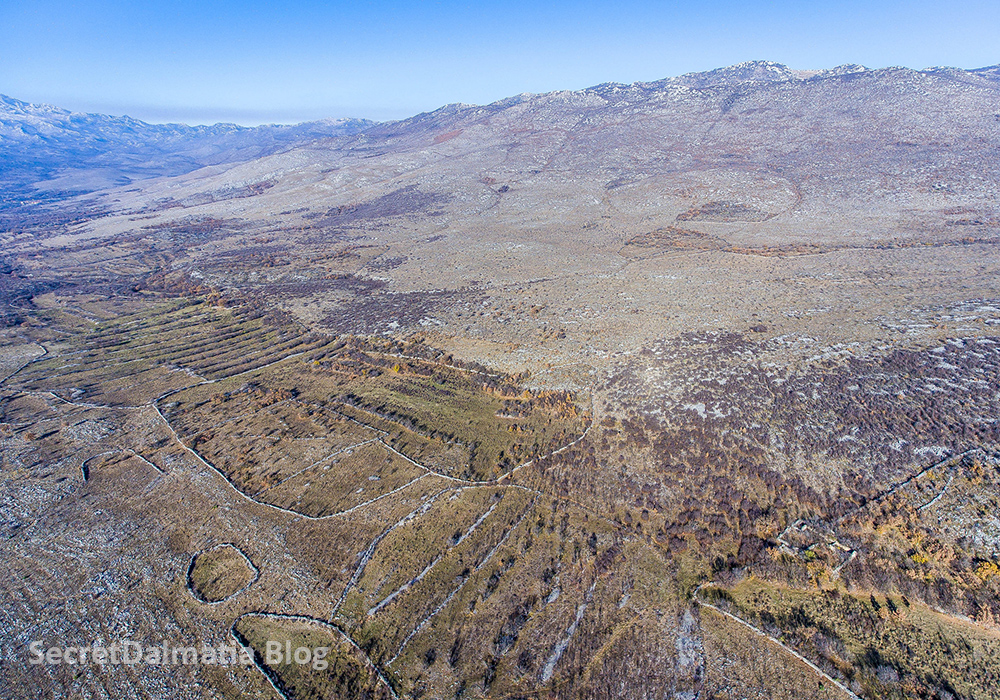 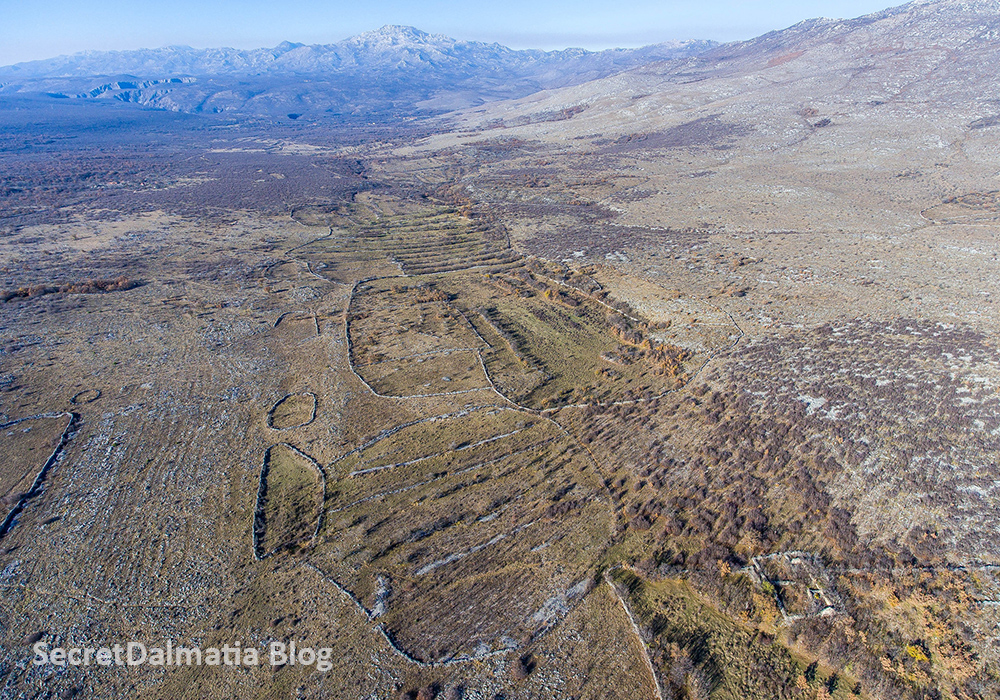 One can see the remains of a large family estate in the foothill called Macure.

The unusual stone walls usually just mark the fertile lands so the plants would not get eaten by goats. Now these shapes are just filled by oak trees and bushes… The hinterland of Zadar and Šibenik, as well as Split, are filled with these unusual shapes even reminding of ancient symbols or some mysterious civilization. With the way our progress and migration to the cities these will become mysterious and unknown “signs” quite soon.

The hilltop fortress is in a lovely position overlooking this impressive valley and having all control of the hillside in the back – towards modern day Knin. 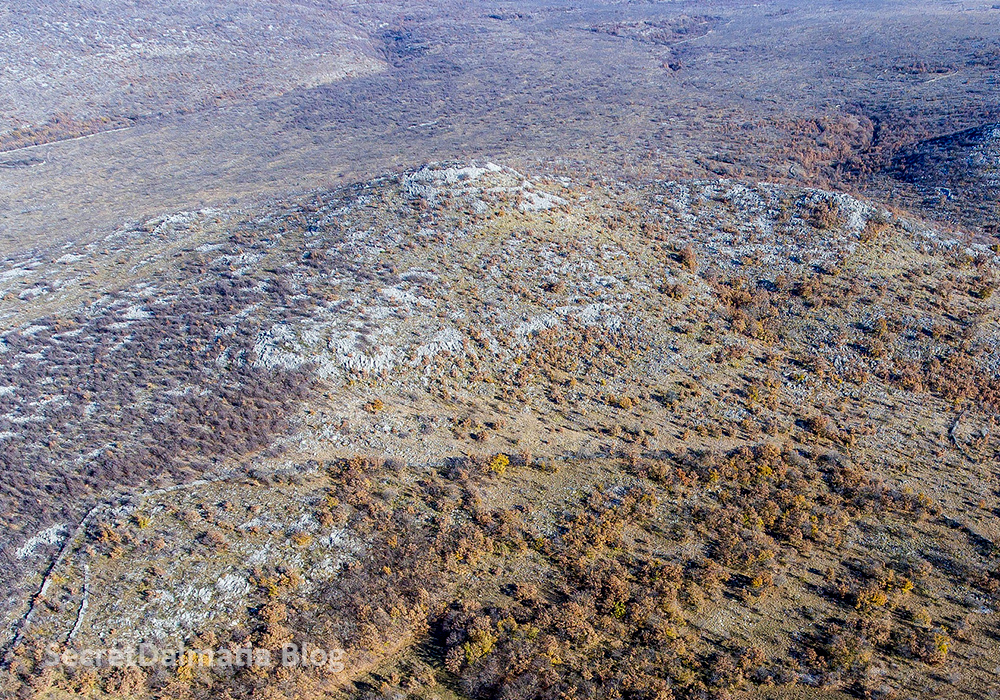 The climb is not difficult but it is somewhat demanding due to really rocky terrain. One can easily break a foot or leg in this landscape! 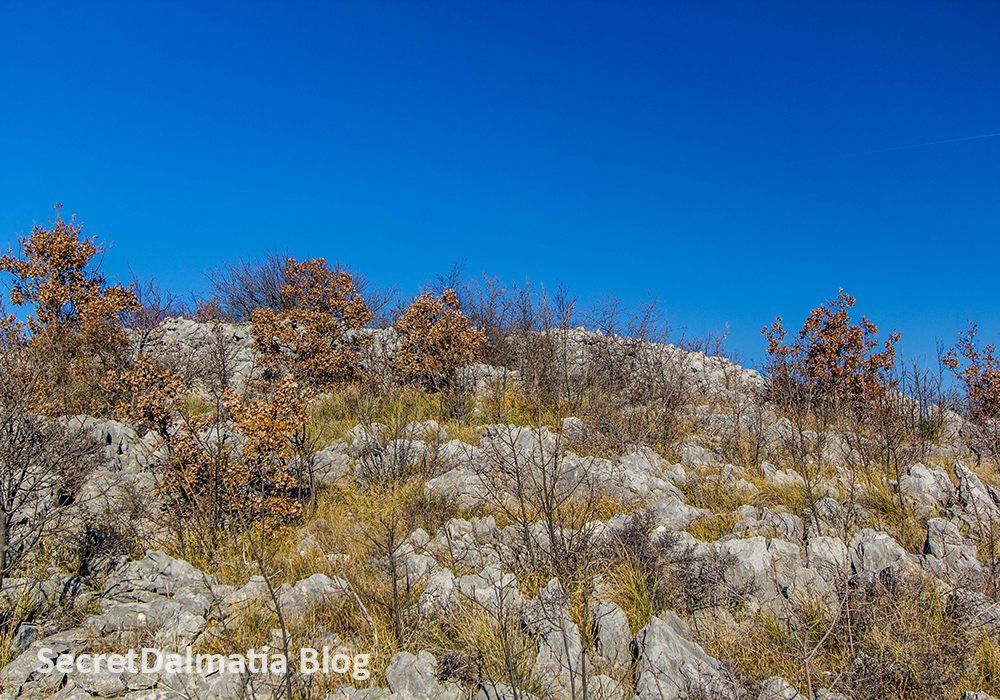 The winter colors are mostly yellow and brown mixed with gray. It is a dramatic change from the lush greens of our spring and summer… 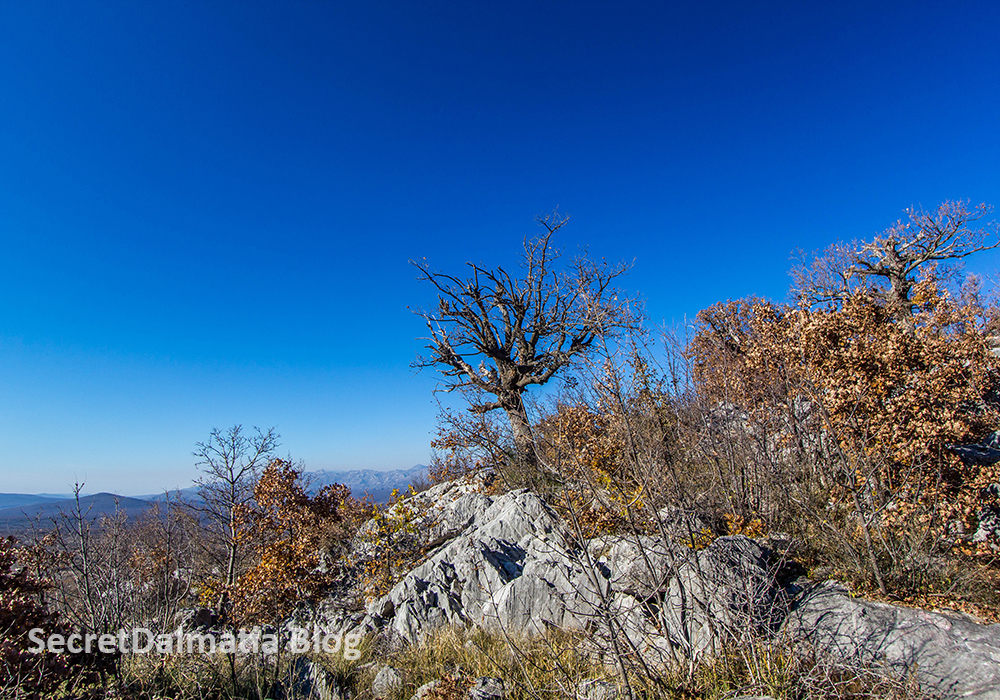 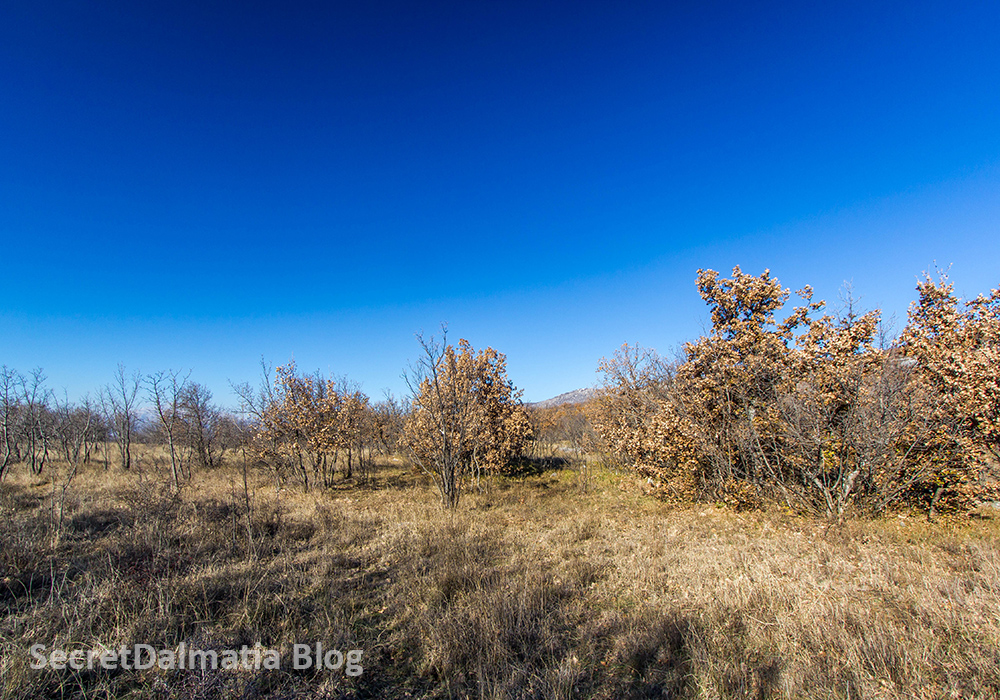 There is nothing much to see once on the top. The fortress – probably just a refuge, not even a settlement – is now just a pile of rocks.

I try never to go back the same way so I continued towards Ervenik. Traces of past war visible at every step… 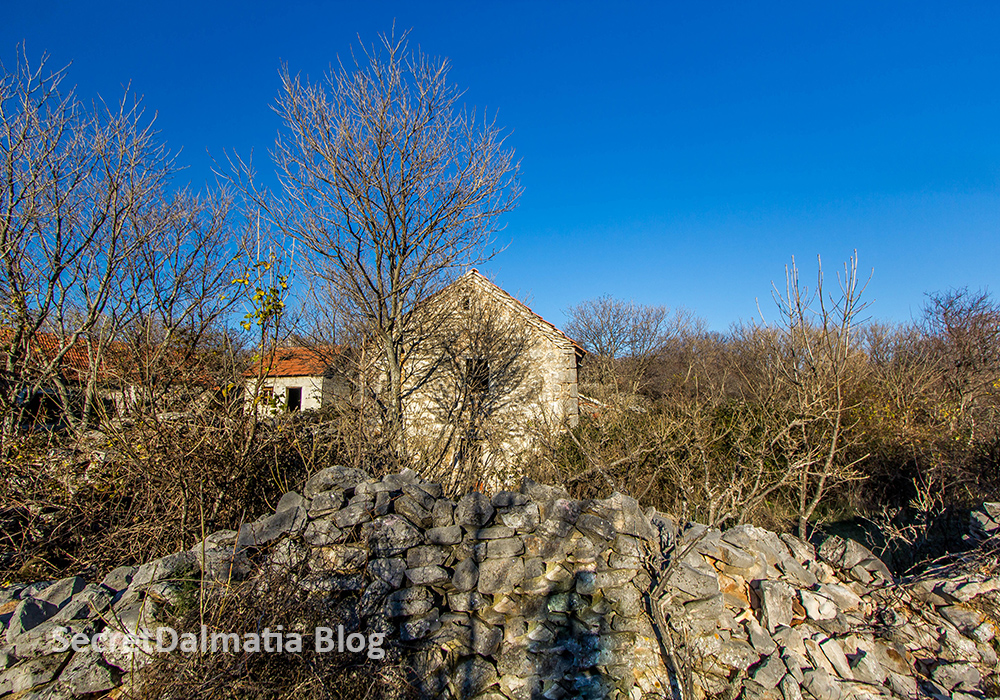 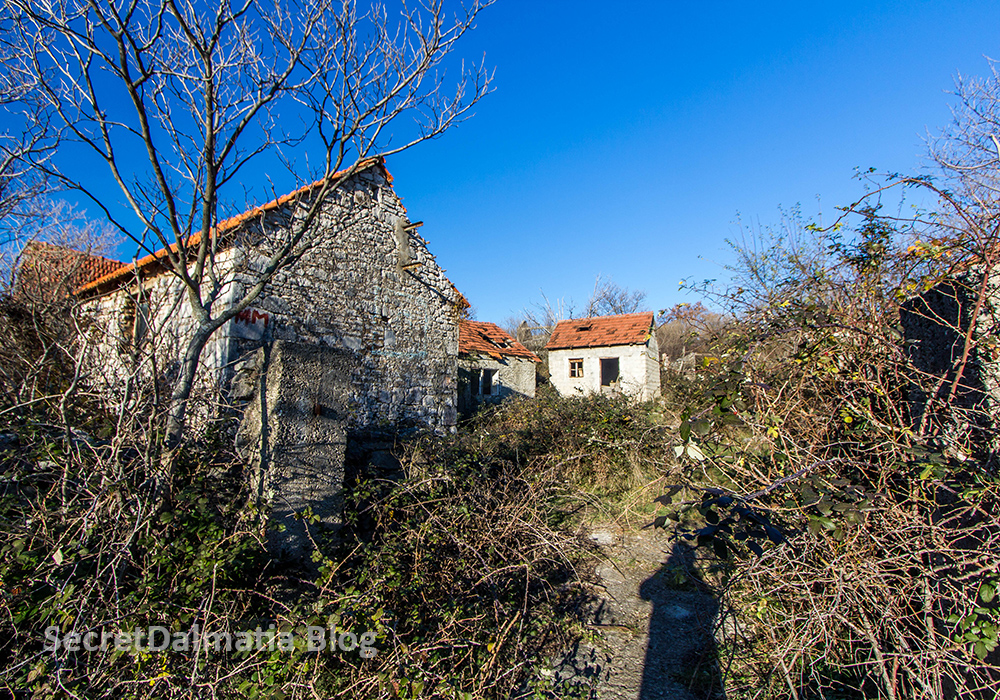 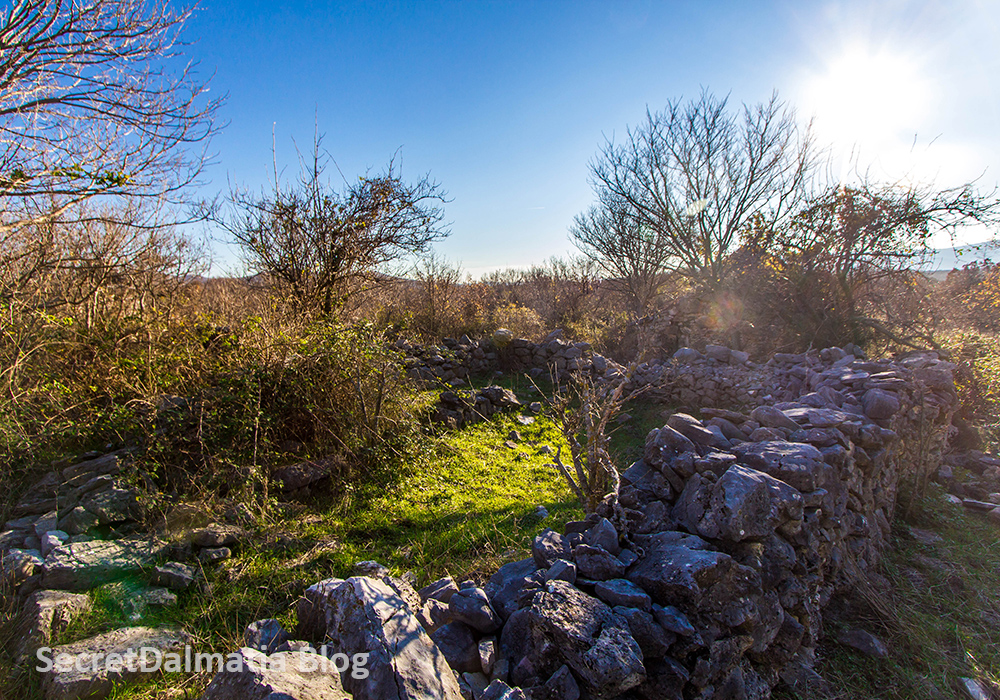 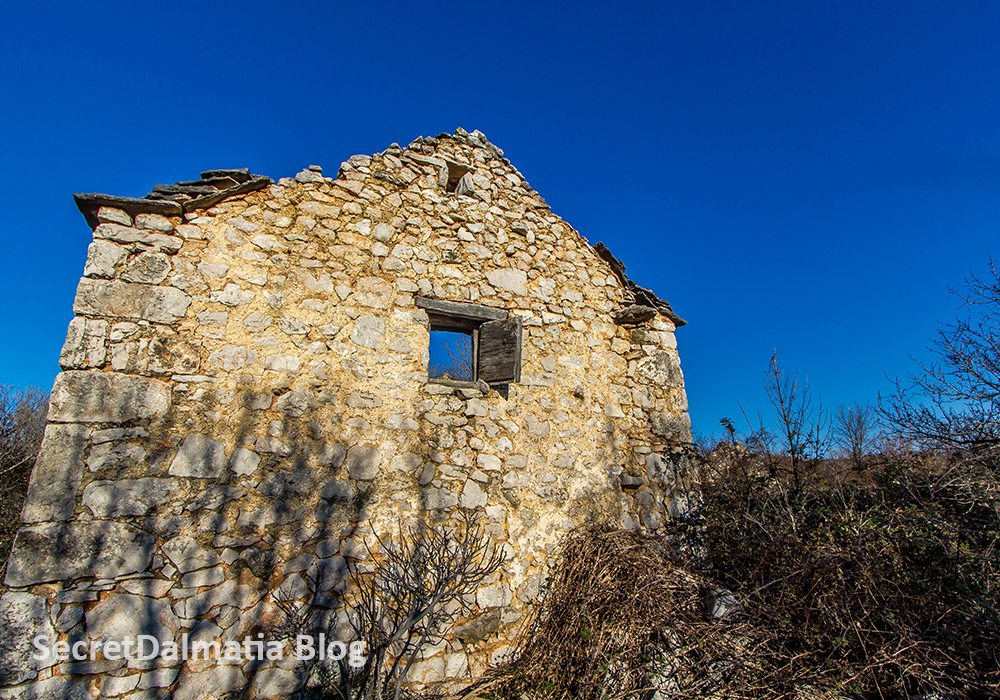 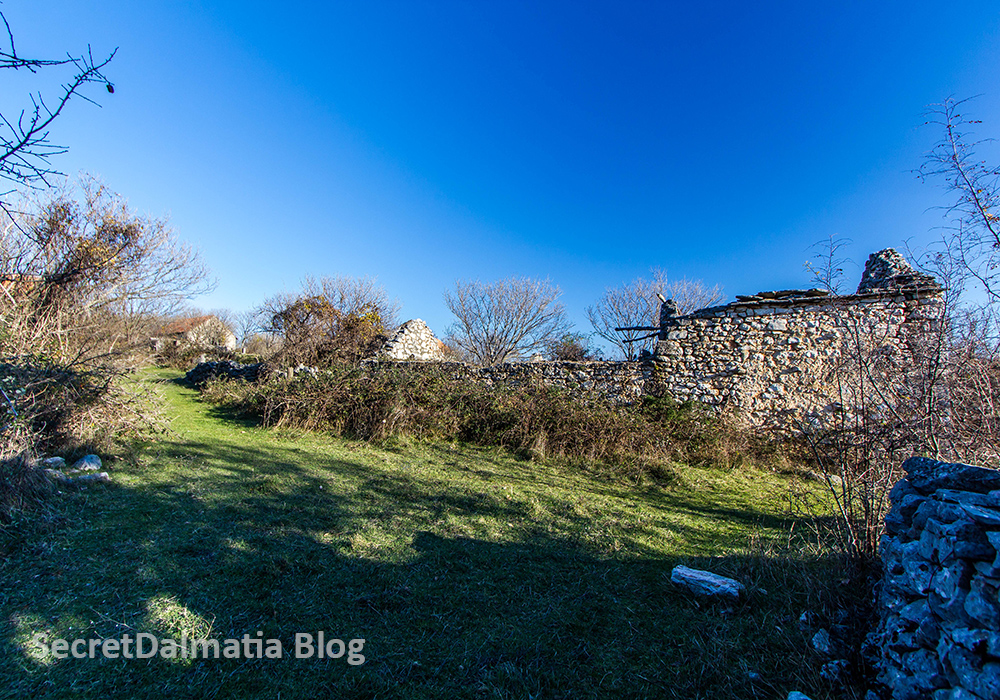 This part of the country will probably never be inhabited again. Just like former settlers abandoned Orlić fortress, past villagers left their stone villages after centuries living there just to look for better life somewhere else. 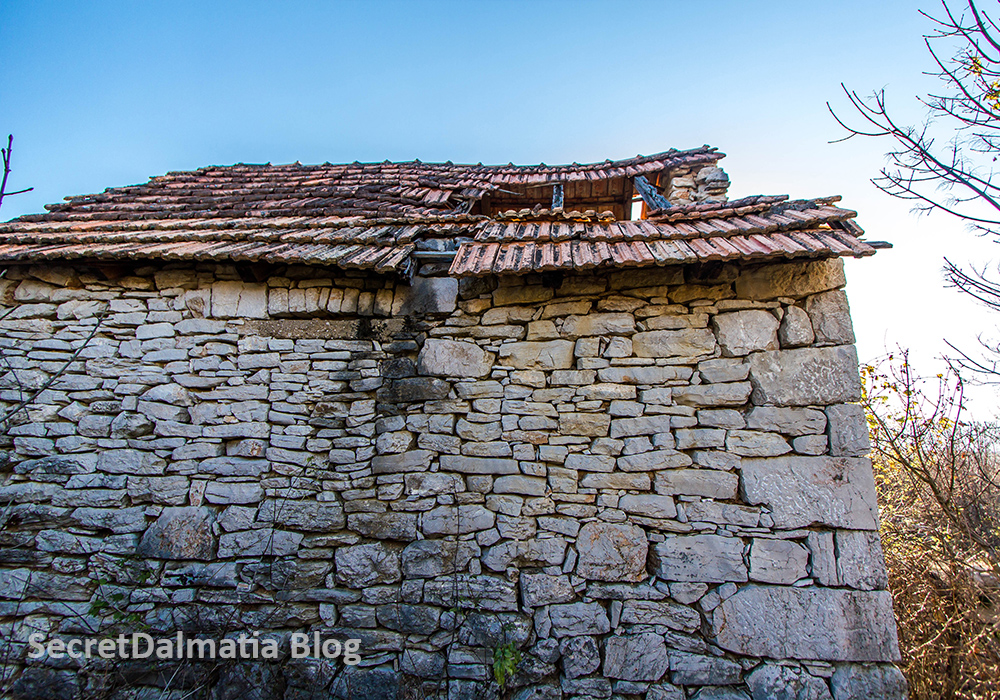 I usually have at least one more person coming along as it is better to travel in these remote areas with someone who can call for help in case of a need. This time, no one was able to join me so I decided to go on my own. Sometimes, the urge is hard to resist. 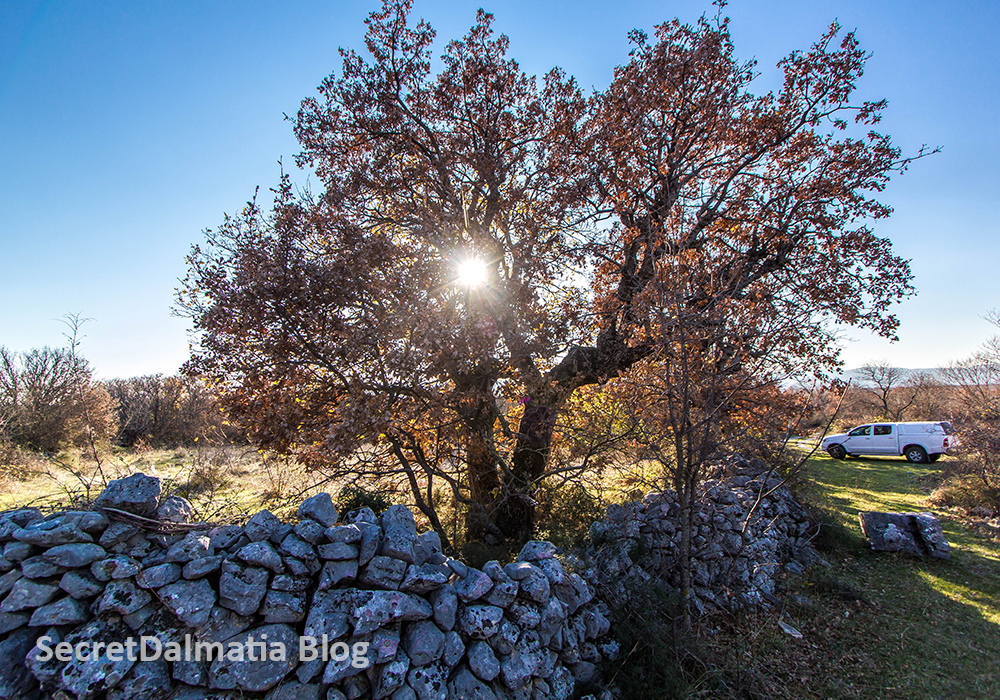 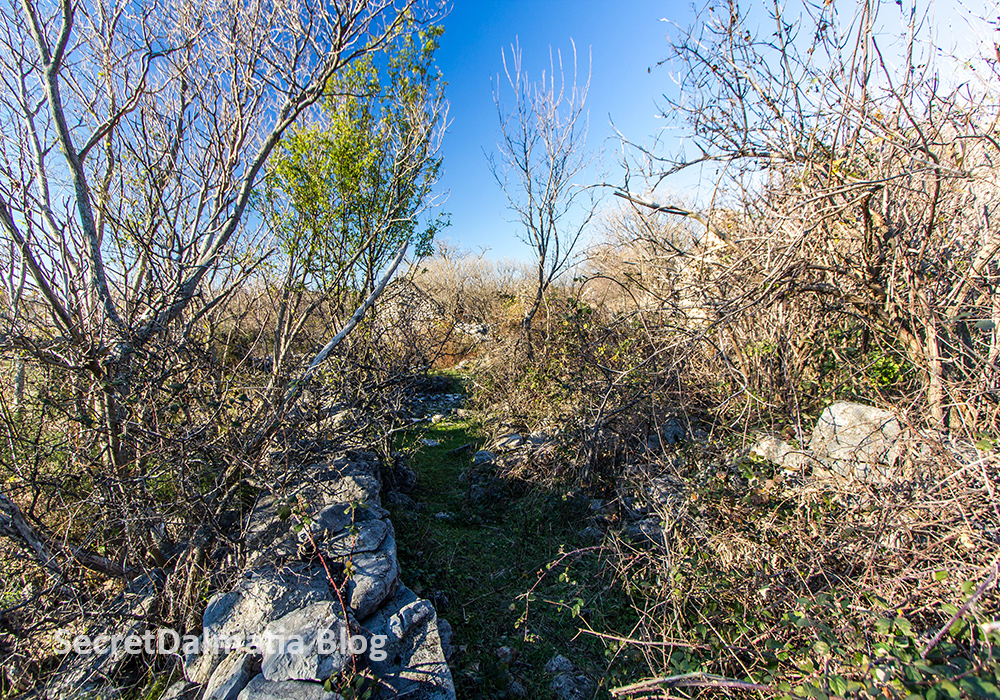 One of my goals is to travel every old road in the region. The journey continues!