I get to cross a lot of territory when traveling. It still amazes me how there are still so many beautiful places to see and things to discover in this little country of ours. Yesterday, I was doing an inspection in Tugare: a tiny village in the hillside of Omiš best known for Tugarke cherries. The entire region is known as Poljica: an autonomous community which existed in the late Middle Ages and the early modern period. It was organized as a “peasants’ republic”, and it’s best known because of the Poljica Statute first written in 1440. Today, the region is slowly getting abandoned as people moved to the coastal towns and work mostly in tourism,

First we met with locals in a tiny hamlet of Truša. Very colorful Điđi is the soul of the place and a walking encyclopedia of everything related to the region as he was born and grew up here. 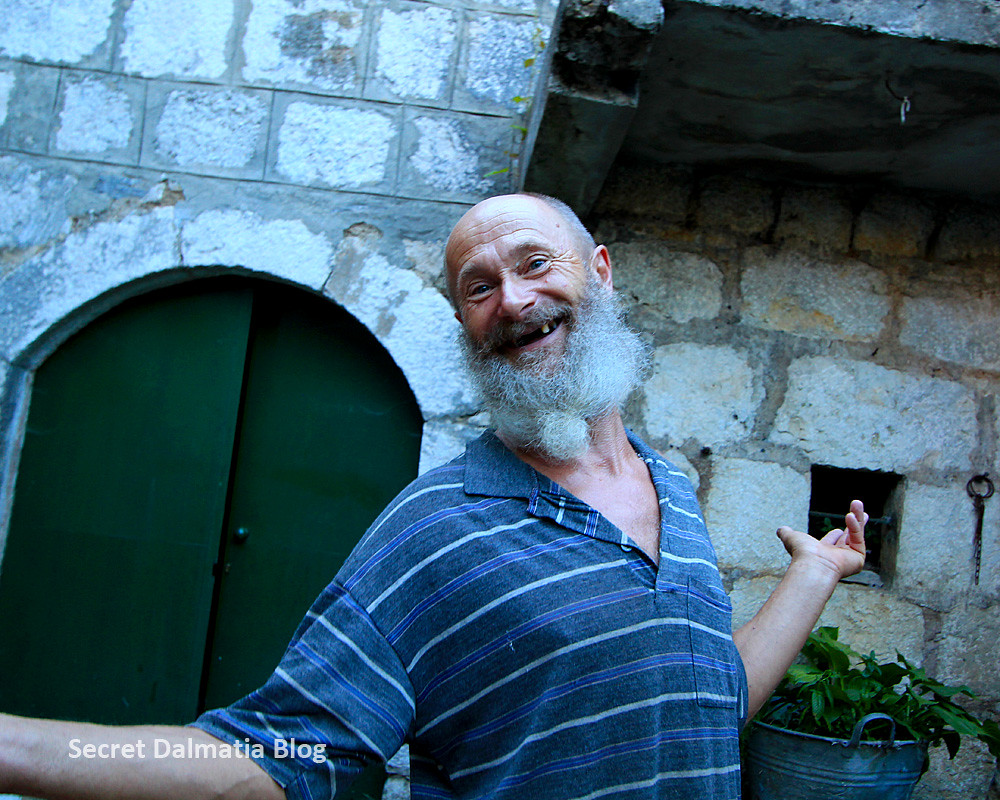 Our goal was very scenic view point of Stomorica with an ancient church and a stunning panorama of the region and Brač Island. But, along the way, I have noticed something strange in the woods.

The structure has all the features of a dolmen and definitely looks like one. This is on Wikipedia on dolmens:
A dolmen, also known as a cromlech, portal tomb, portal grave or quoit, is a type of single-chamber megalithic tomb, usually consisting of two or more upright stones supporting a large flat horizontal capstone (table), although there are also more complex variants. Most date from the early Neolithic period (4000 to 3000 BCE). Dolmens were typically covered with earth or smaller stones to form a barrow. In many instances, that covering has weathered away, leaving only the stone “skeleton” of the burial mound intact.

Or read more on the actual page

However, this is not something encountered in Croatia!

Dolmens are characteristic for most of Europe and Asia but almost none have been discovered in Croatia. There is only one on Cres Island: http://www.megalithic.co.uk/article.php?sid=15452 and it does not really look anything elaborate like this one in Truše. Here are more images: 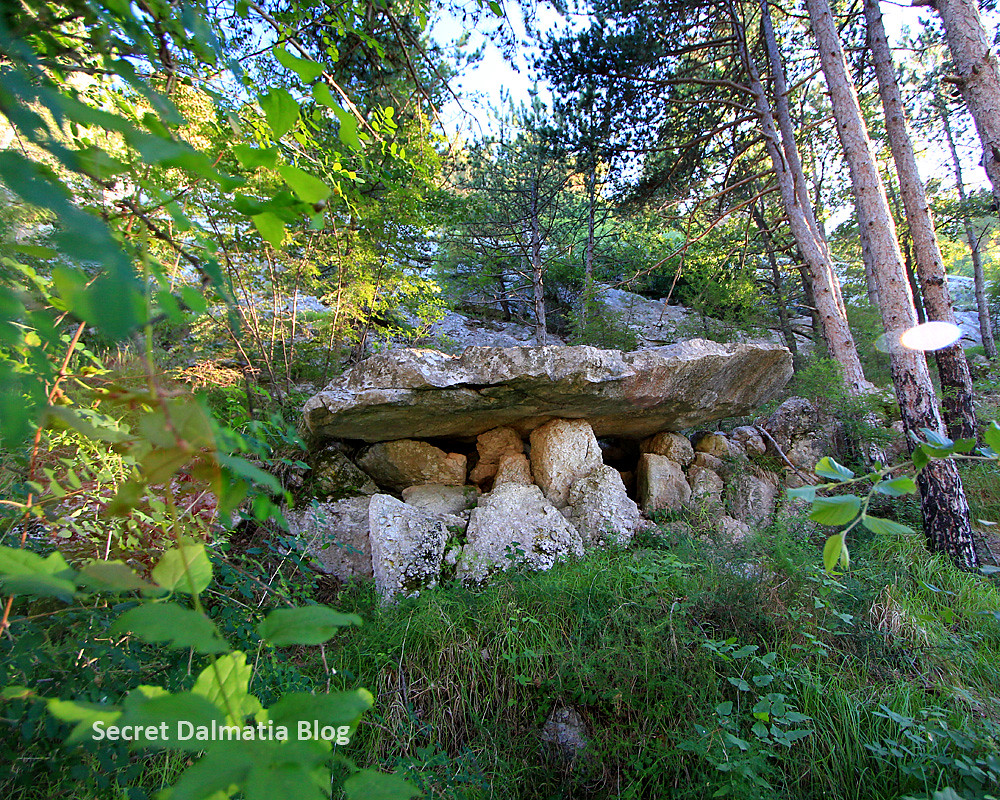 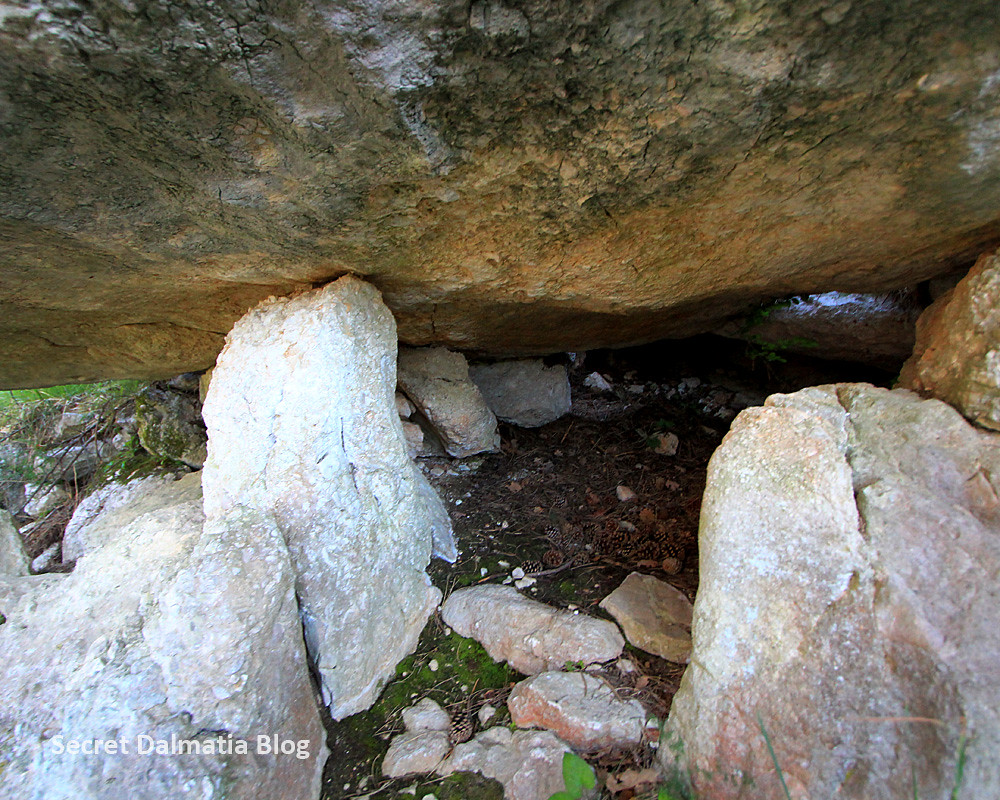 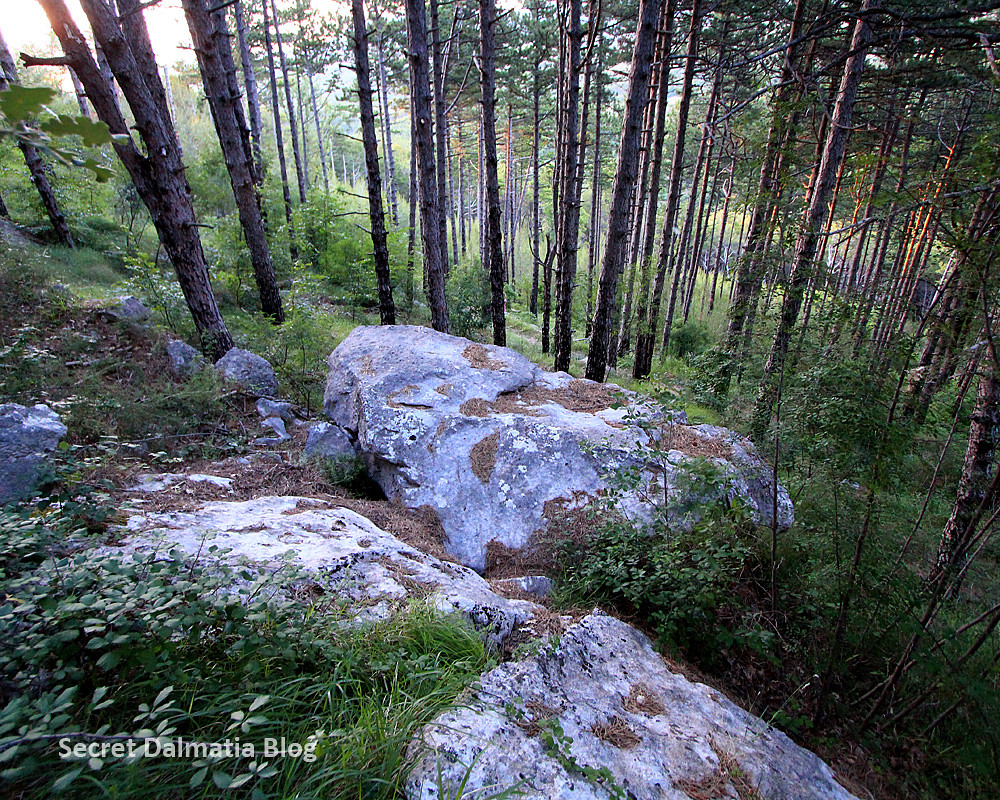 There are several structures nearby that need proper inspection. 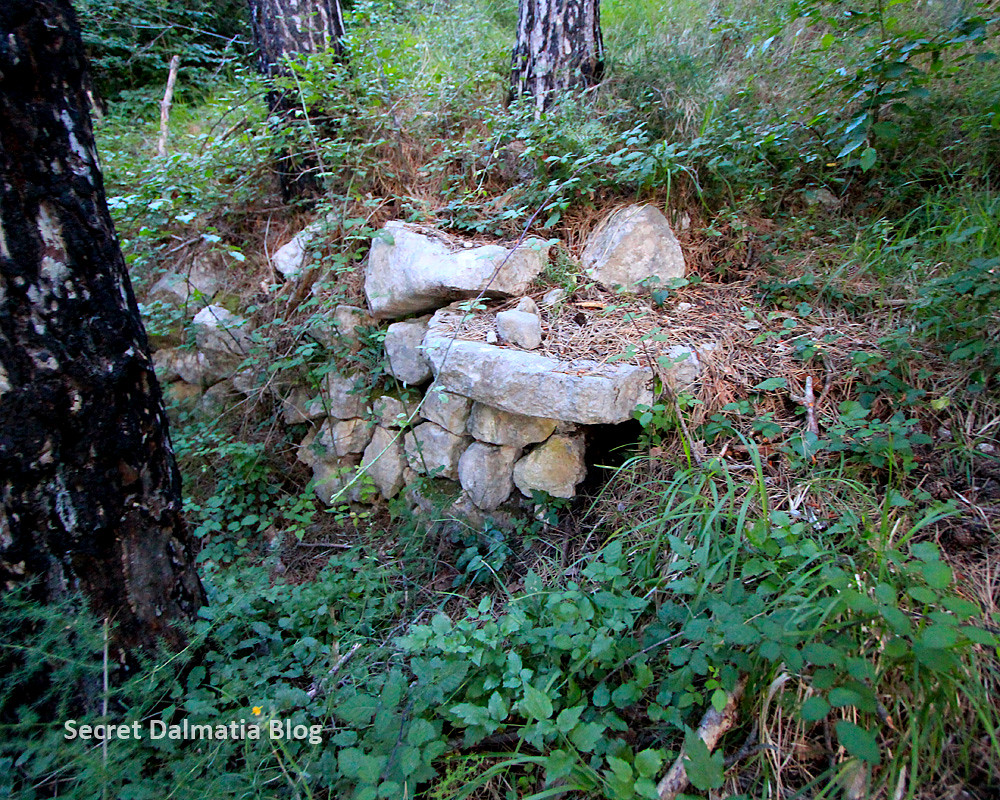 It is quite unlikely that no one ever wrote about this as it is on a very popular route. However, I have not encountered a single word on this particular structure. It is particularly strange as Mons. Ante Škobalj (a local priest) was born here and actually wrote a well known book on ceremonial mounds, customs and traditions. It is almost impossible that he was not familiar with this place!

In any case, this should be inspected soon. I am sure there were lots of dolmens in Croatia in the past but all were destroyed for all sorts of reasons. Is this the last one standing?

And that is not the only mystery these woods hide…

Some 50 meters from the road, is a set of strange, megalithic ruins. Called “Muratov dvor” (Murat’s home), it is a set of ancient buildings built of large rocks. Very large rocks… 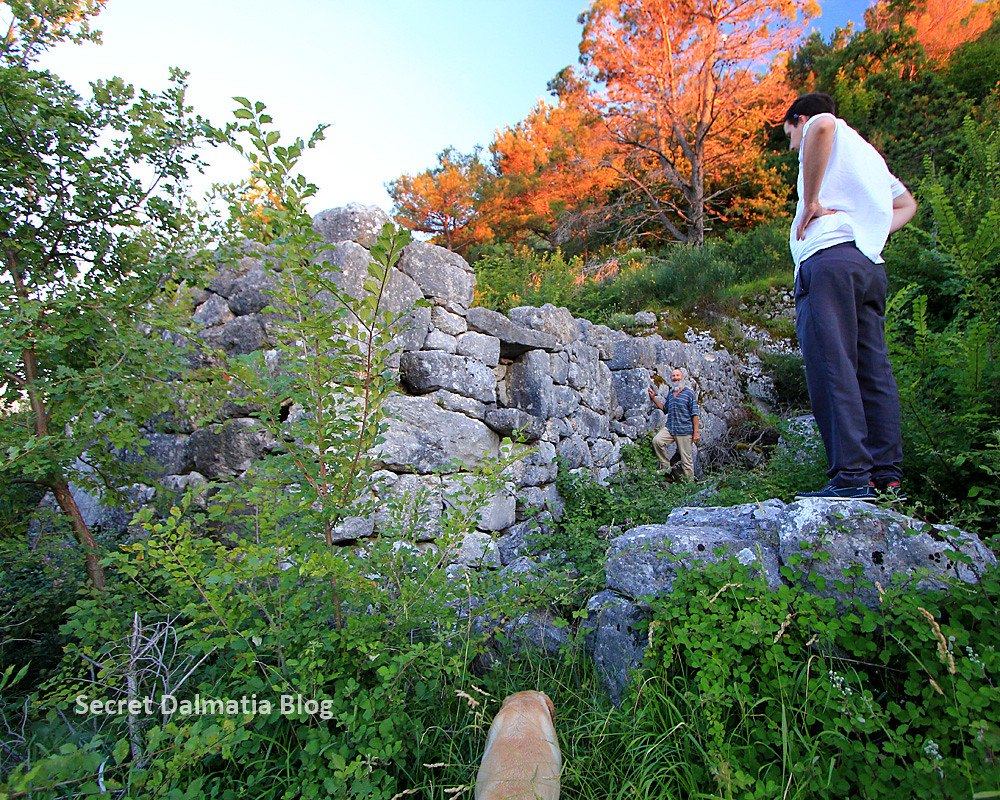 No one really builds houses this way… 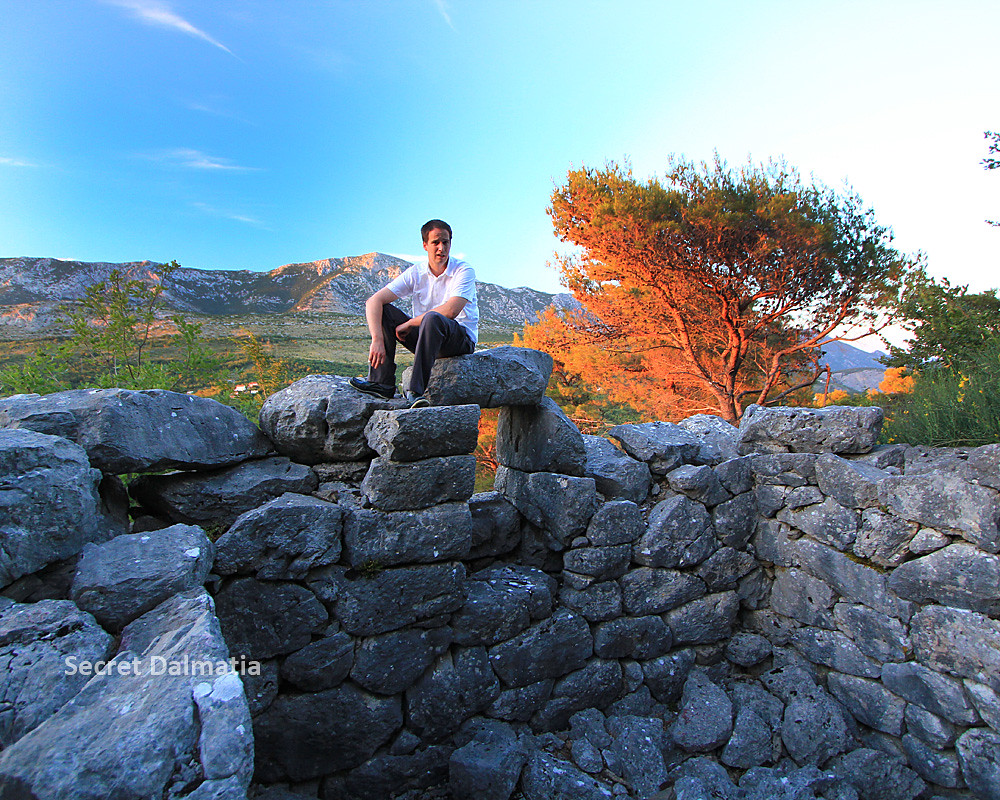 EDIT: Not a dolmen. A small team of local experts did further research and we realized it was juts a conveniently positioned flat rock that fell (or was broken off) the larger cliff nearby. It was positioned as a shelter.