Two kilometers south-east of Rogoznica, near the village of Ražanj, Cape Planka (or Punta Planke as locally known) is located. This very unique spot is also known to be a a geographical and climate divider of the north and south Adriatic. It is a place of strong  collision of north and south winds and sea currents. 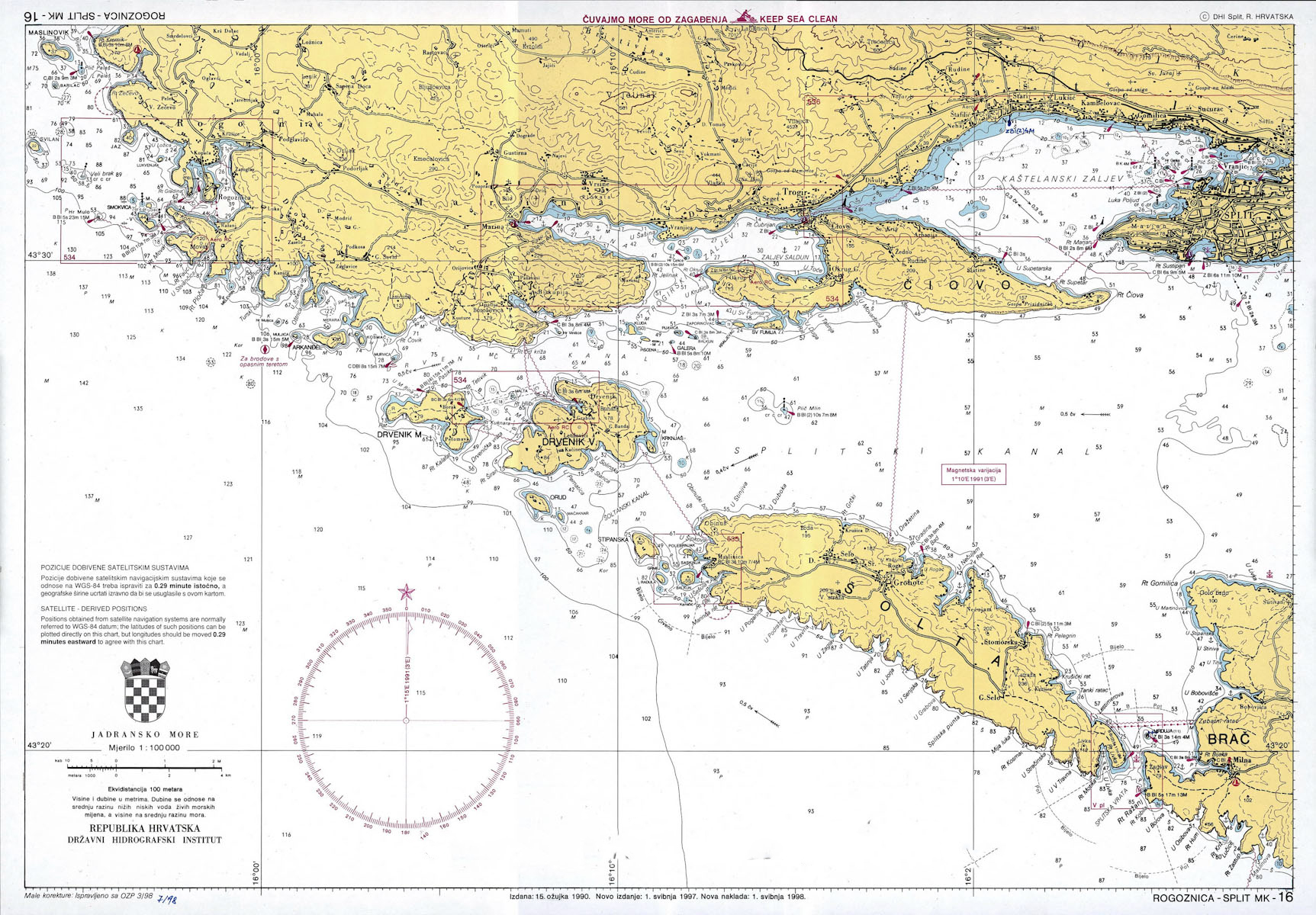 Some of the biggest waves of the Adriatic crash there and it is really a great experience to see all those waves crash over the tiny warning sea light and spraying the salty sea dust over the chapel located there. 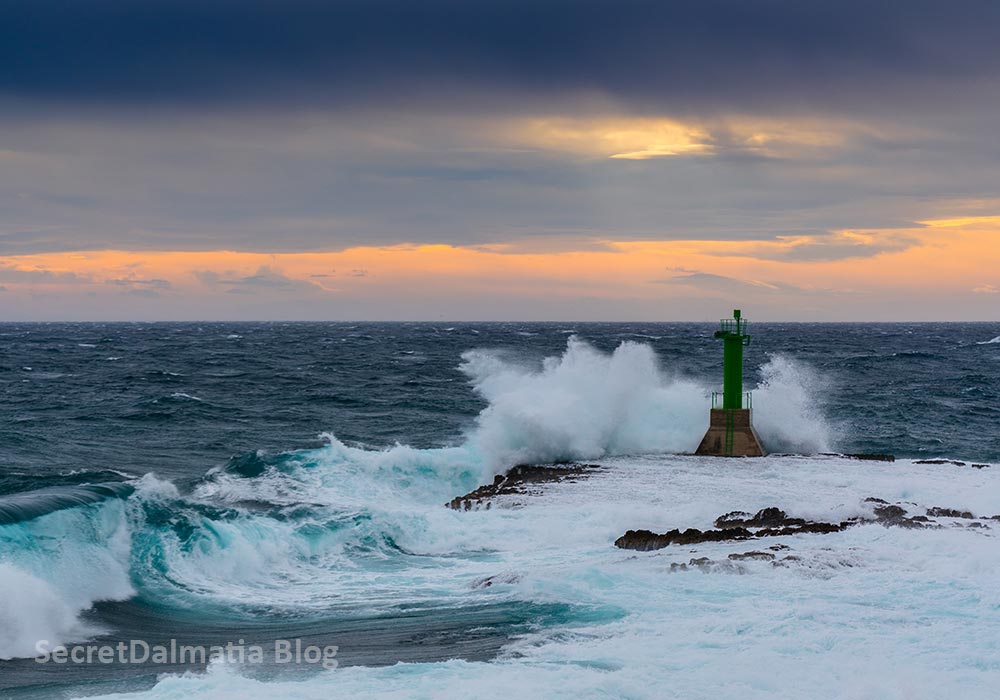 It was jugo (wind blowing from the South – ESE to SSE)  in the forecast just around New Years when I headed from Split to visit and take some photos. One should just drive to Ražanj and head in the direction of this point to find a trail that will eventually end next to the chapel.

The Chapel of St. John is a protected site of national heritage. This is a very basic little chapel with no decorations mixing pre-Romanesque tradition with Romanesque and Gothic features. It is oriented East-West and is rectangular in shape with a semicircular apse. The interior is also very basic and is typical to our coast. It also served as a good shelter while I was there shooting 🙂 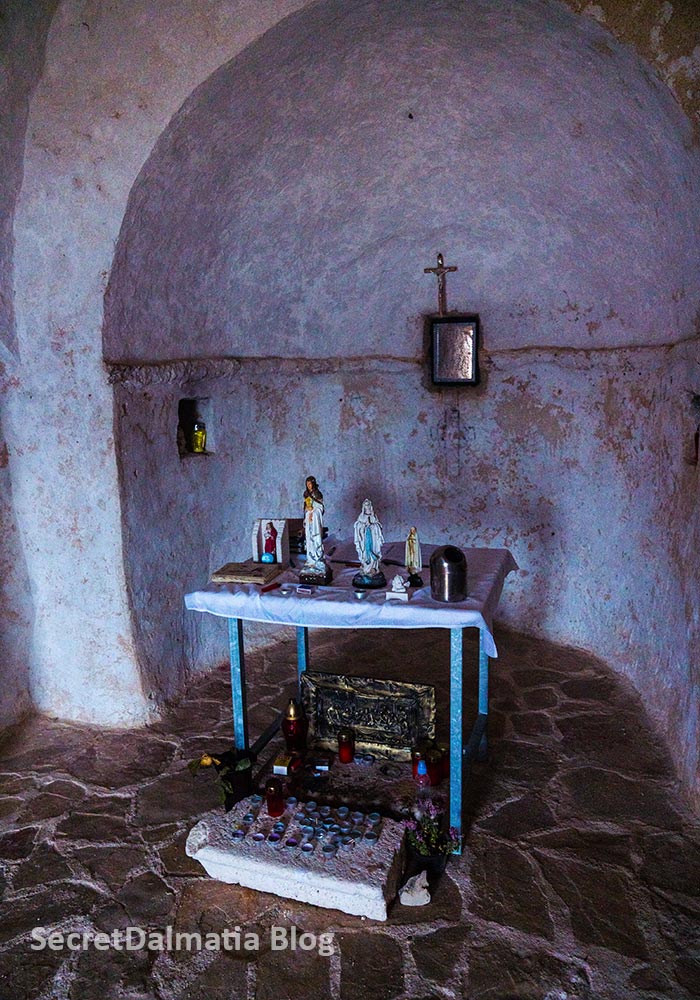 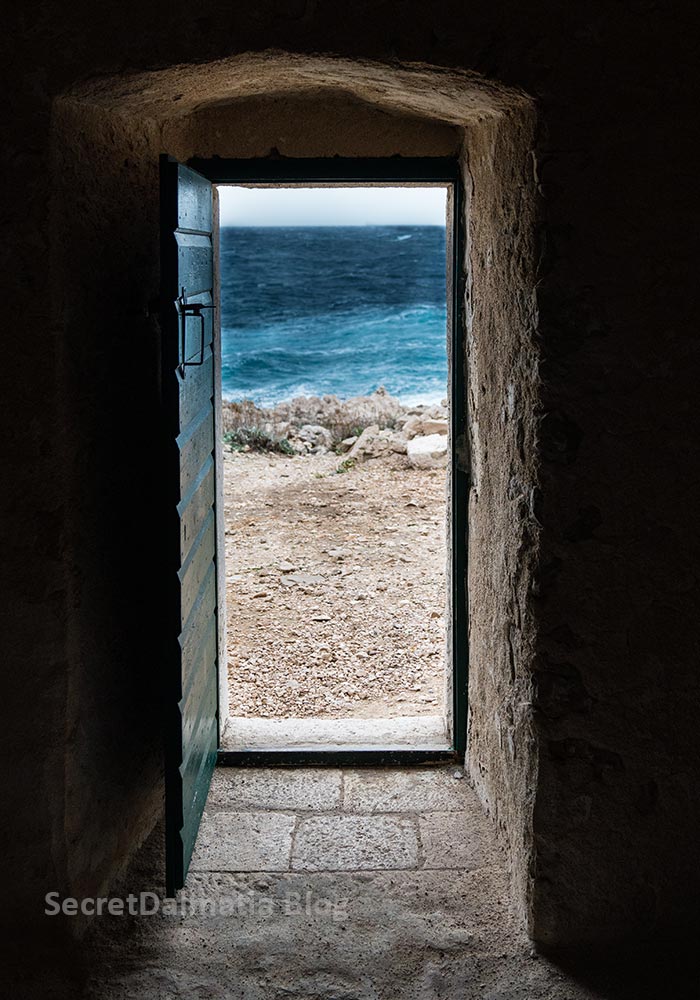 One of the miracles attributed to the Christian saint John, the bishop of Trogir from the 11th century is related to Cape Planka. According to a local legend, after the shipwreck by Cape Planka he walked on the waves and saved the lives of King Koloman and all the sailors. In memory of him and his miracles, a votive chapel was built back in 1324.

In the distance, beautiful lighthouse Mulo can be seen enduring massive waves. 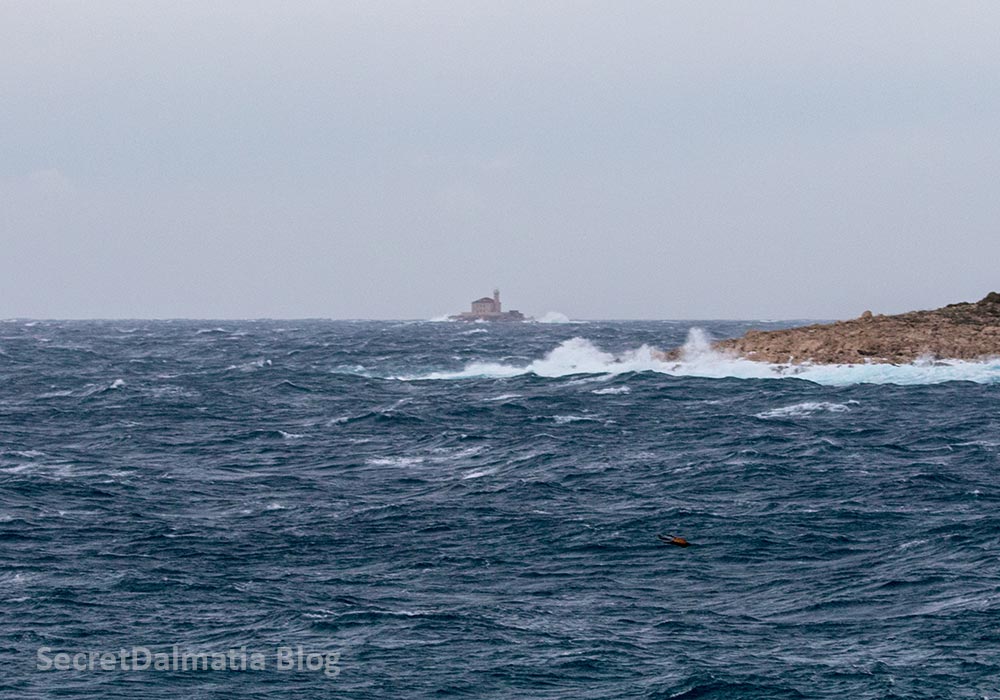 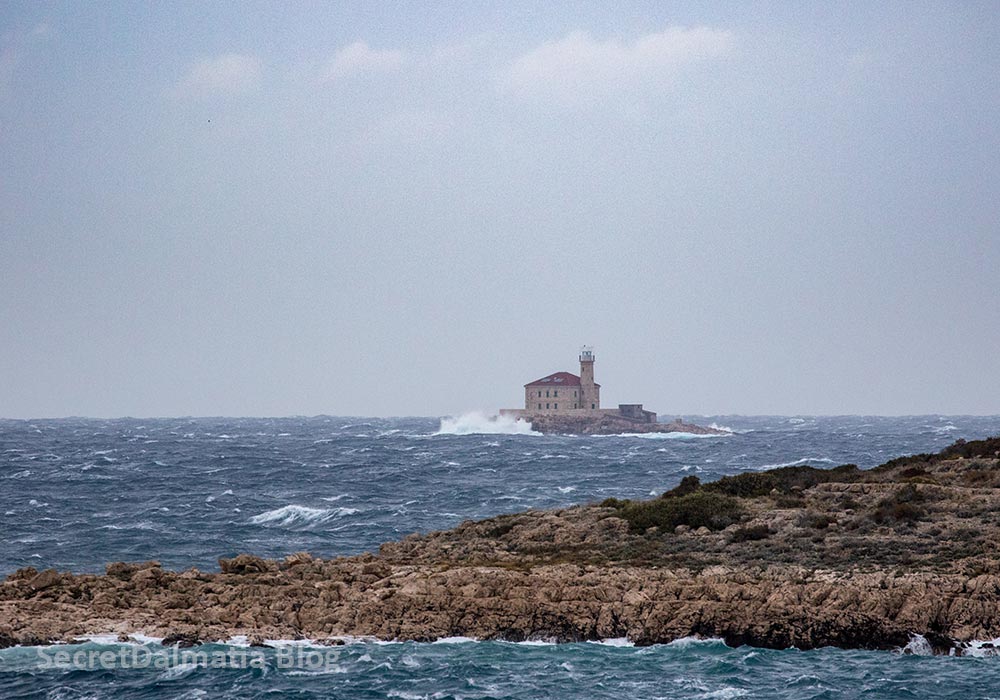 It was built in 1873 and it was continuously inhabited till most recent days when it was completely automatized. Generations of lighthouse keepers and their families lived at this very unique spot. Today, there is no one to listen to massive waves slamming against the walls… 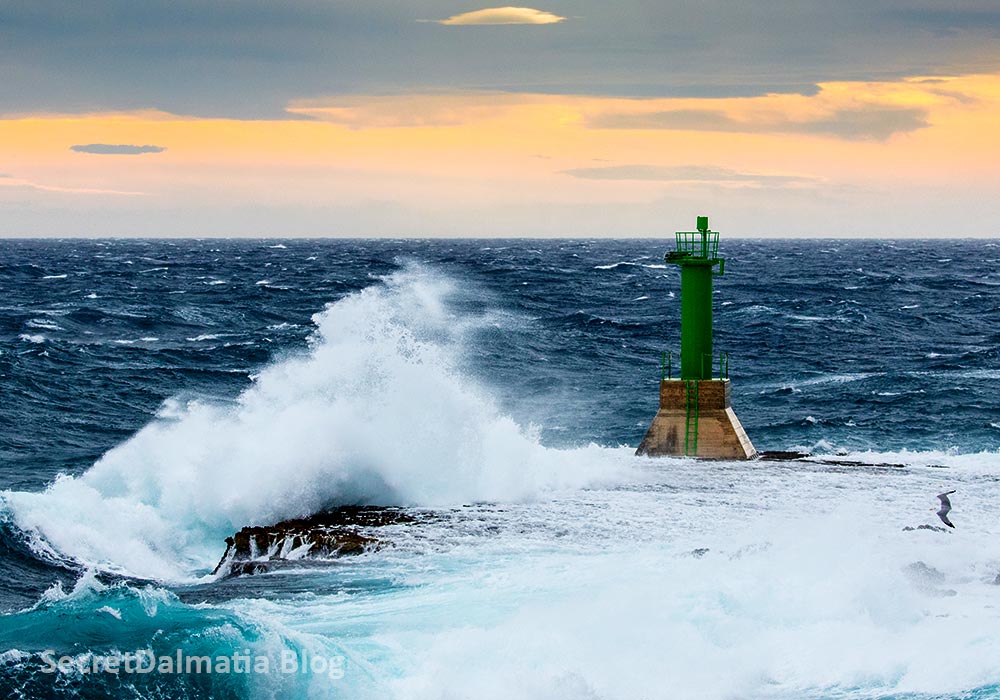 Cape Planka is also called  Diomede’s Cape as it was first mentioned in the oldest preserved descriptions of the eastern Adriatic coast. Homer, in his work ‘Iliad’ reveals that after the Trojan war Diomedes himself, who was one of the greatest Greek heroes of the Trojan war, sailed around it. A Greek historian Timaeus, as early as in 4th century BC described the unusual weather circumstances that surround this cape. This specific description of weather conditions over the Diomede’s Cape belongs to the oldest descriptions of a meteorology phenomena in all of Europe.

Diomede’s Cape was also mentioned by Greek scholar Eratosthenes in the 3rd century BC as well as Pliny the Elder in his ‘Naturalis Historia’, which was envisioned as a book about the whole natural world. 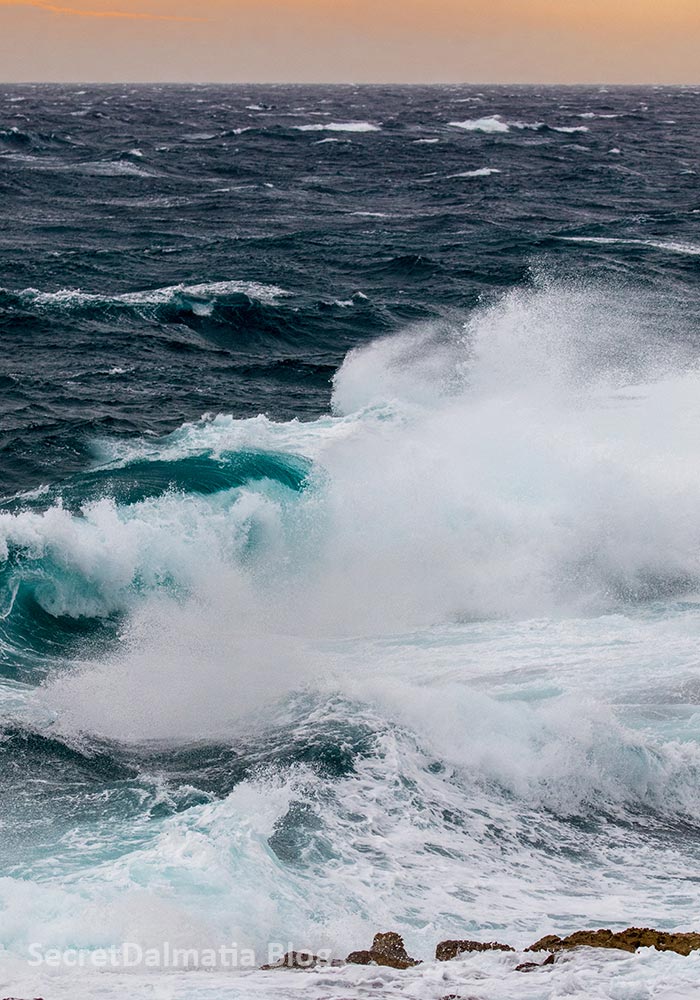 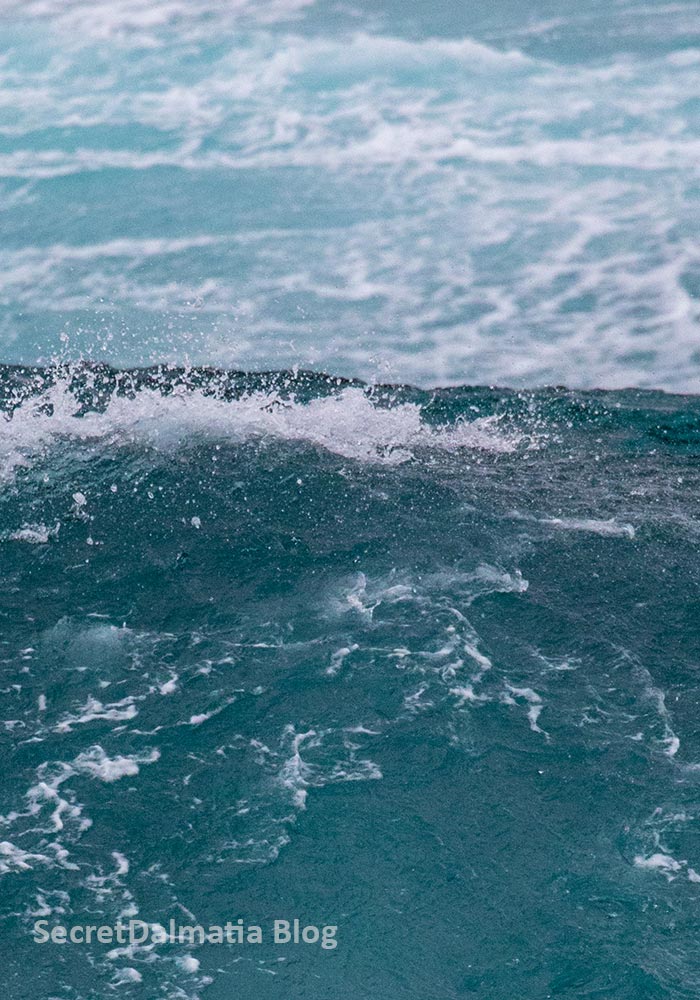 Interesting history and a beautiful spot, Punta Planke is definitely worth visiting!