Needles to say, Pag is my everlasting fascination. I am still scratching the surface and always learning of new places, historic details, unusual spots… Only recently I took more time to research  Crnike beach. This particular beach is a site of great importance for its 20 milion years old layers from Miocene and it is a location where several fossils have been found. It is a place of fossils and the lost lake.

How old is this? Let’s put it this way: the Dinaric alps and Velebit mountain did not exist at that time! 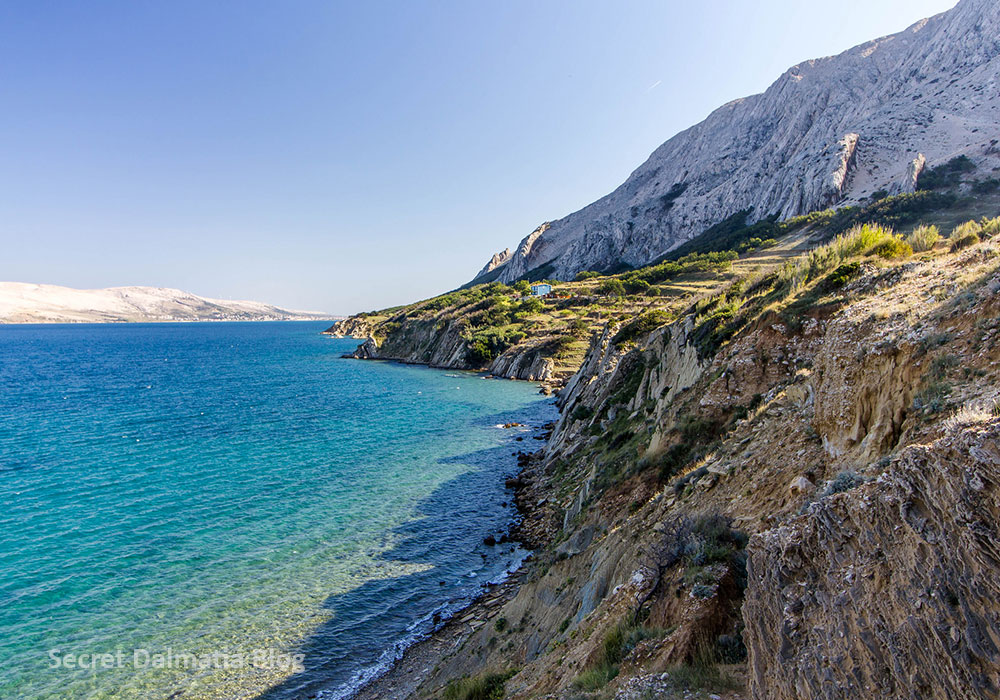 So, one October afternoon, we went for a drive. We do visit Pag often and here is one of those trips: https://secretcroatia.blog/2015/05/12/on-birds-and-history-of-pag/ Pag is a miracle from crossing the bridge and especially driving along this quite poor road to Crnike. The location got its name after Crnika oak (Evergreen oak) which are abundant in the nearby protected crnika forest. This is a typical oak of the Mediterranean region of Croatia but very few true forests are left to this day. Biggest crnika forests are now located on Rab Island. Here is the link on more on the subject: https://www.bib.irb.hr/288078 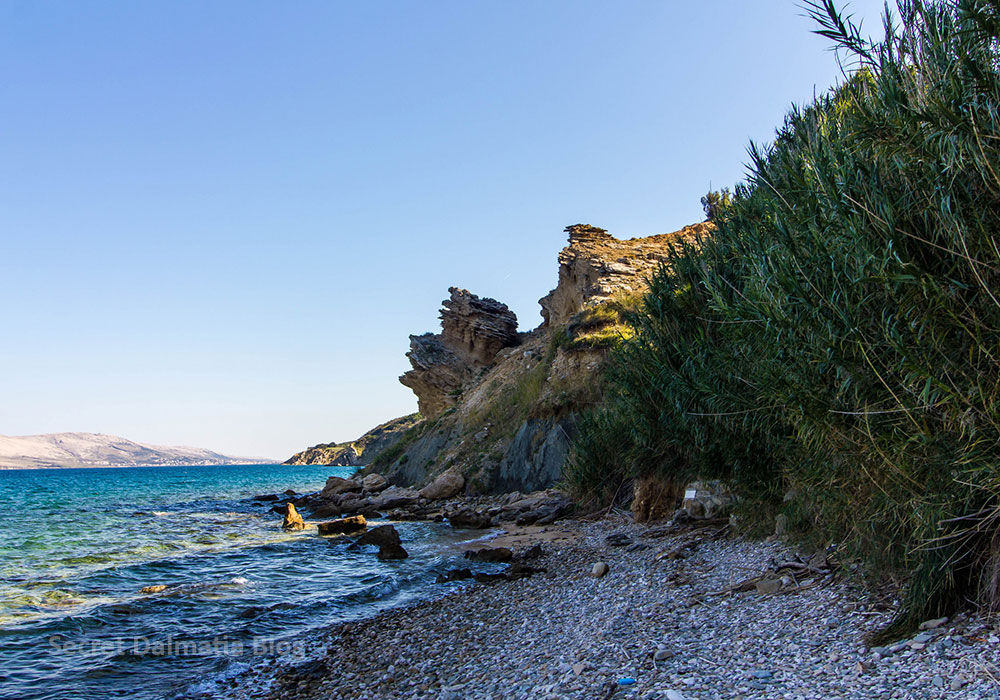 Crnike is not the easiest beach to reach and it consists of several smaller beaches. The coastline is steep but there are several carved trails and steps. Every effort is rewarded by the spectacular shapes! Layers and layers of fascinating past. 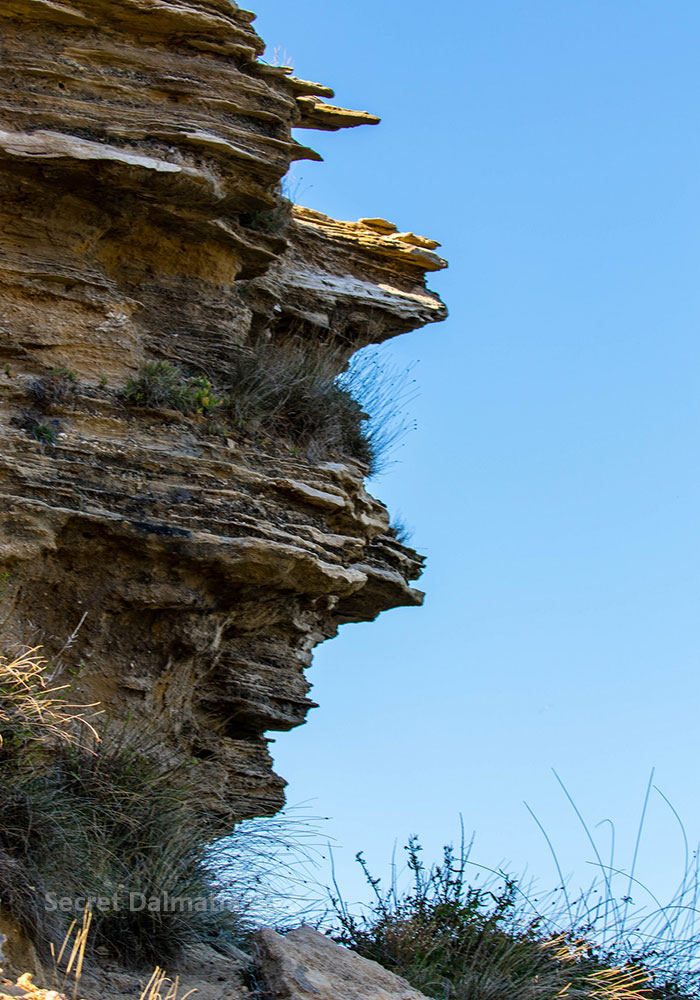 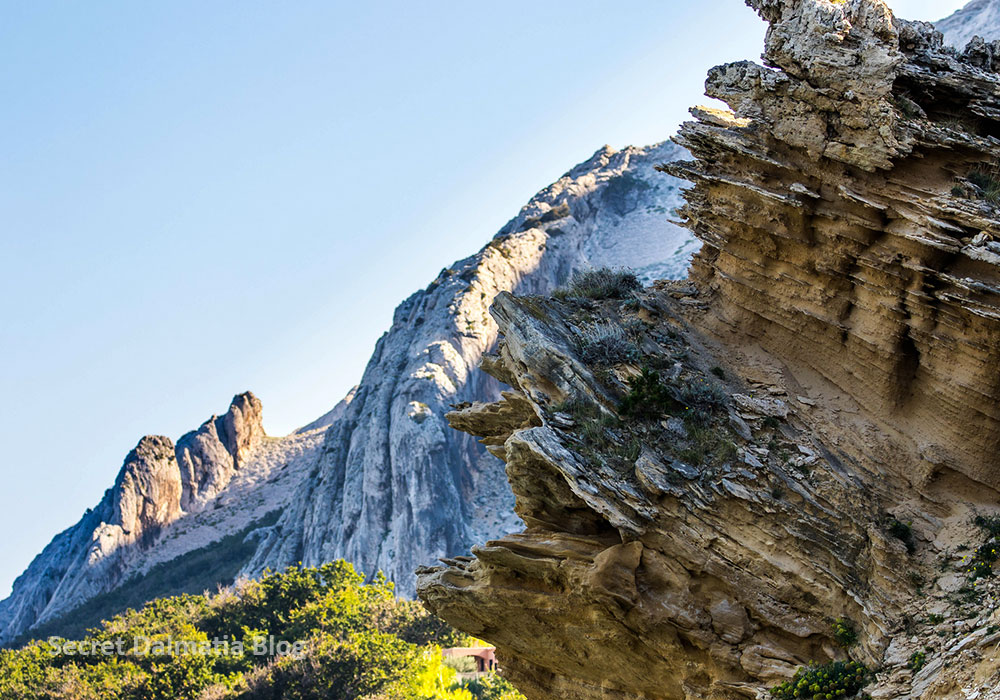 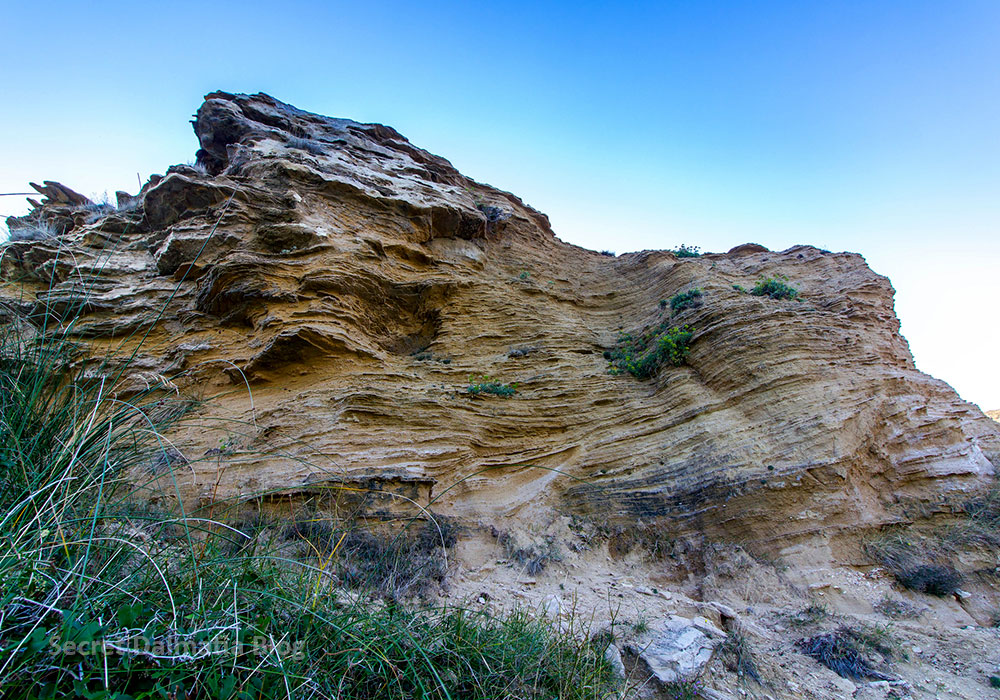 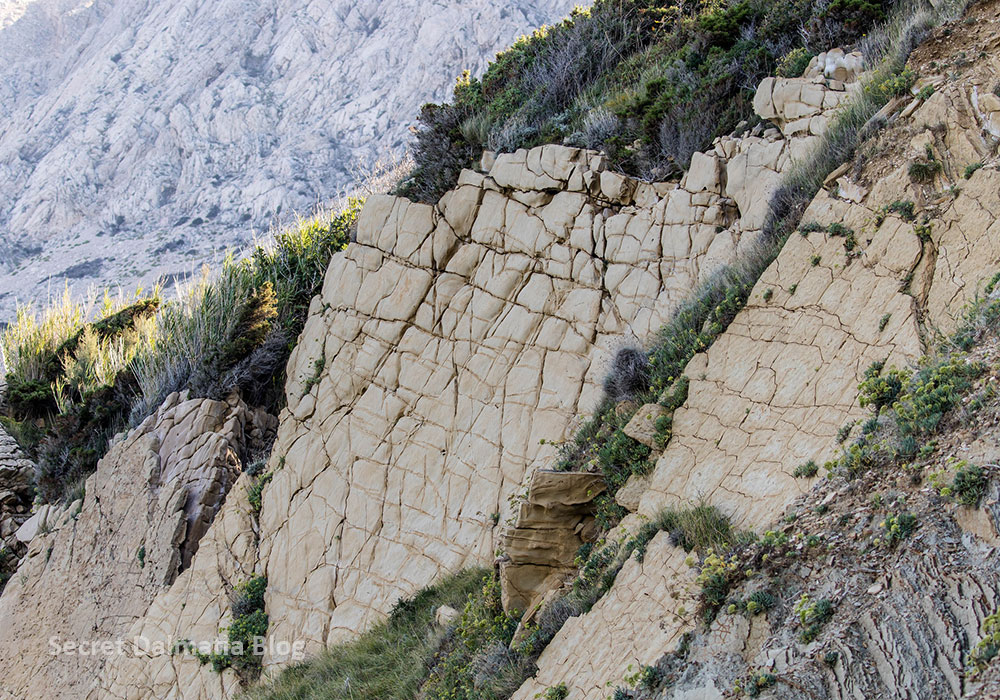 The beach was first explored in the 1900s as the Austrian (Croatia was a part of Austro -Hungarian empire at the time) paleontologists and scientists discovered layers of coal that they thought may be worth exploiting. The layers were not abundant but the scientists discovered  lots of various fossils of snails, seashells, plants, leaves… There is enough evidence to prove that this part of Pag was part of a large lake and that there was once a big forest at this very location. The very location that is now quite barren like the rest of the island.   According to the scientists, this part of Croatia looked pretty much like Florida today with lots of lush vegetation and marshes. Now it looks more like Oman. 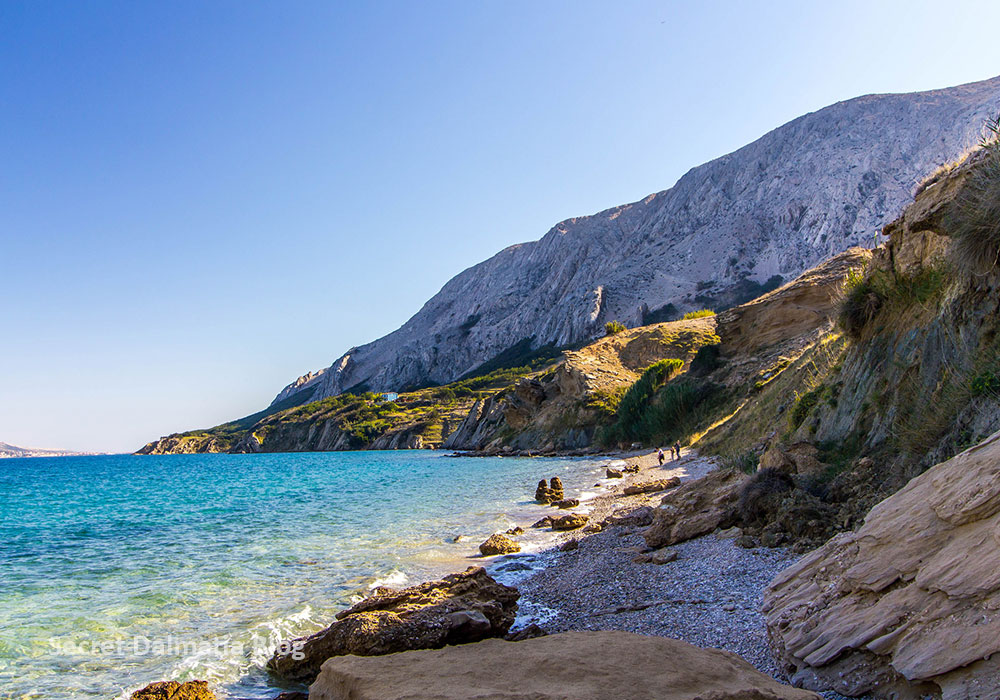 The beach is quite pretty when there are no people. The rock formations and various layers are quite visible and, in many parts, spectacular. 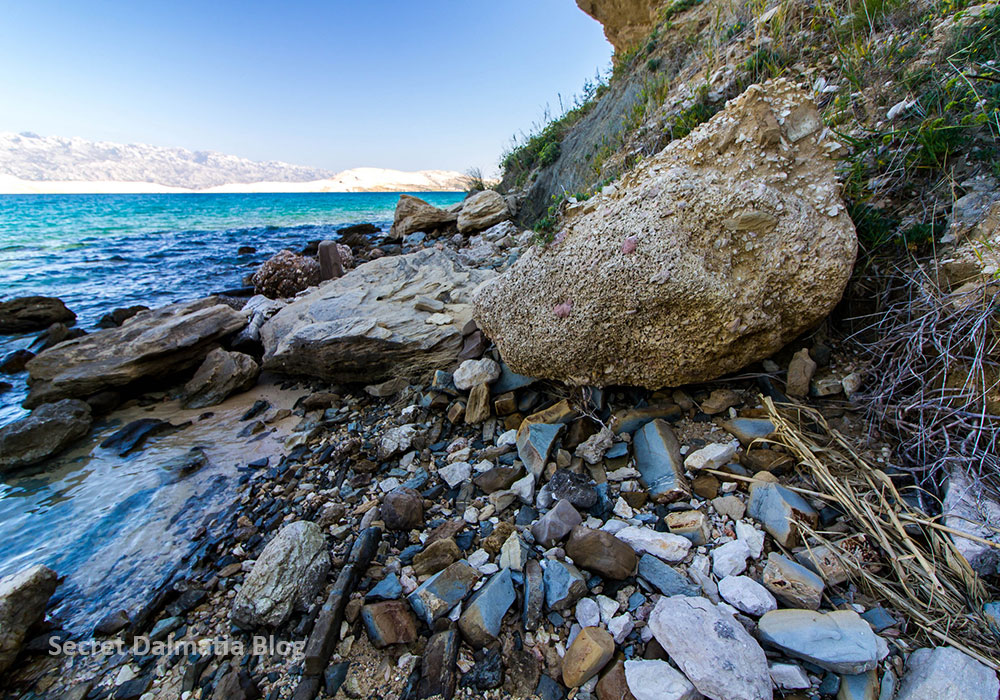 From the nearby hills, numerous streams of fresh water flow to the sea. The remains of fossils and the lost lake are everywhere. Fascinating! 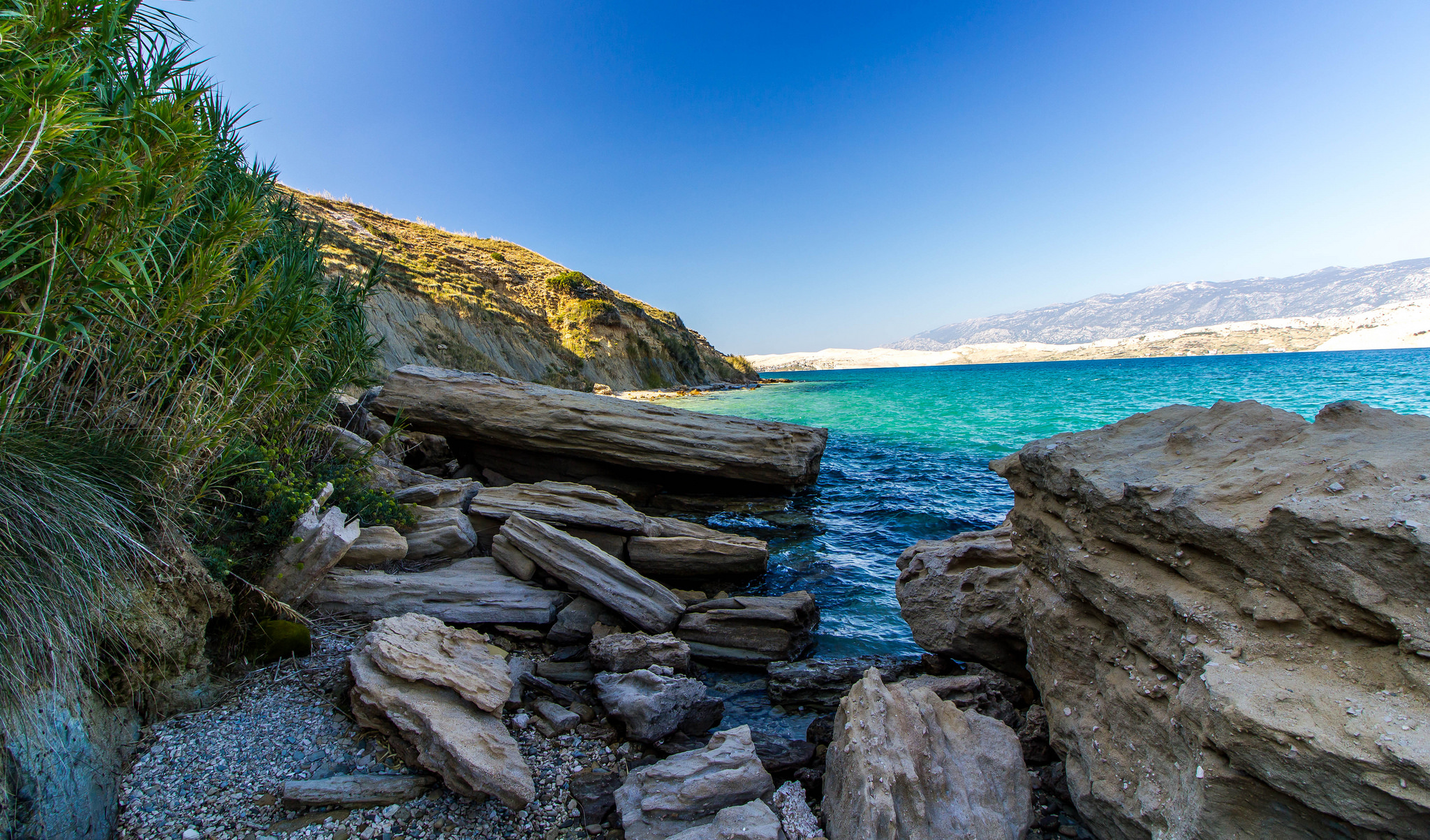 I was more interested in real life than past. 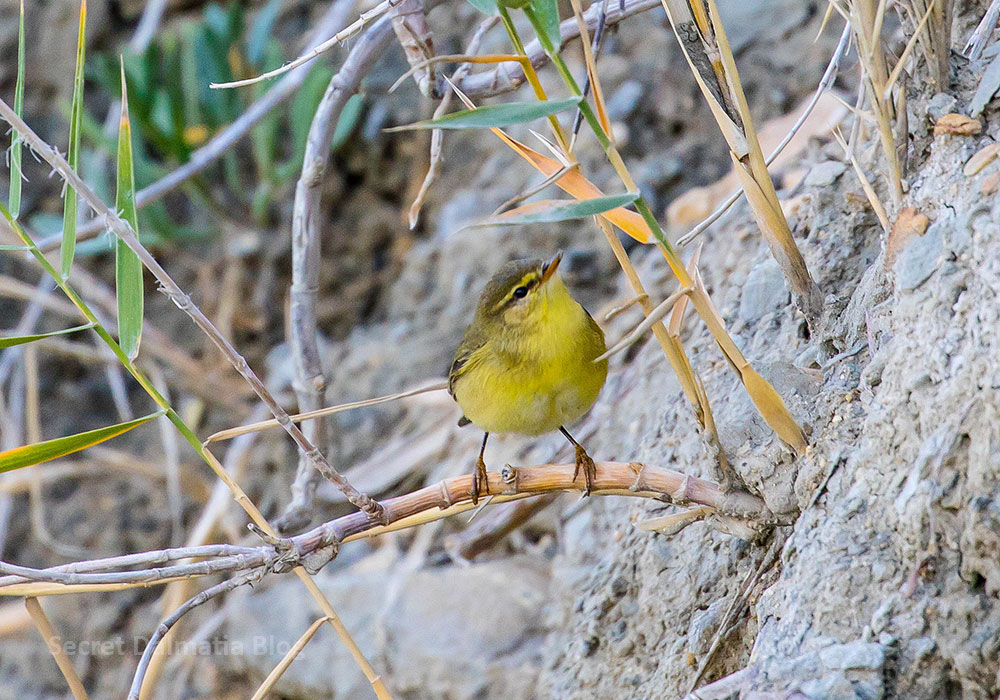 New researches are being conducted at this region and numerous evidences of past life are coming to the sunlight. The remains of ancient boar, elephants, rhinoceros, … are all present at this location and, in 2001, a Chinese paleontologist – as part of a research group – even found a tooth of a crocodile! There are also layers of volcanic ash proving that Adriatic was a region of volcanic activity. 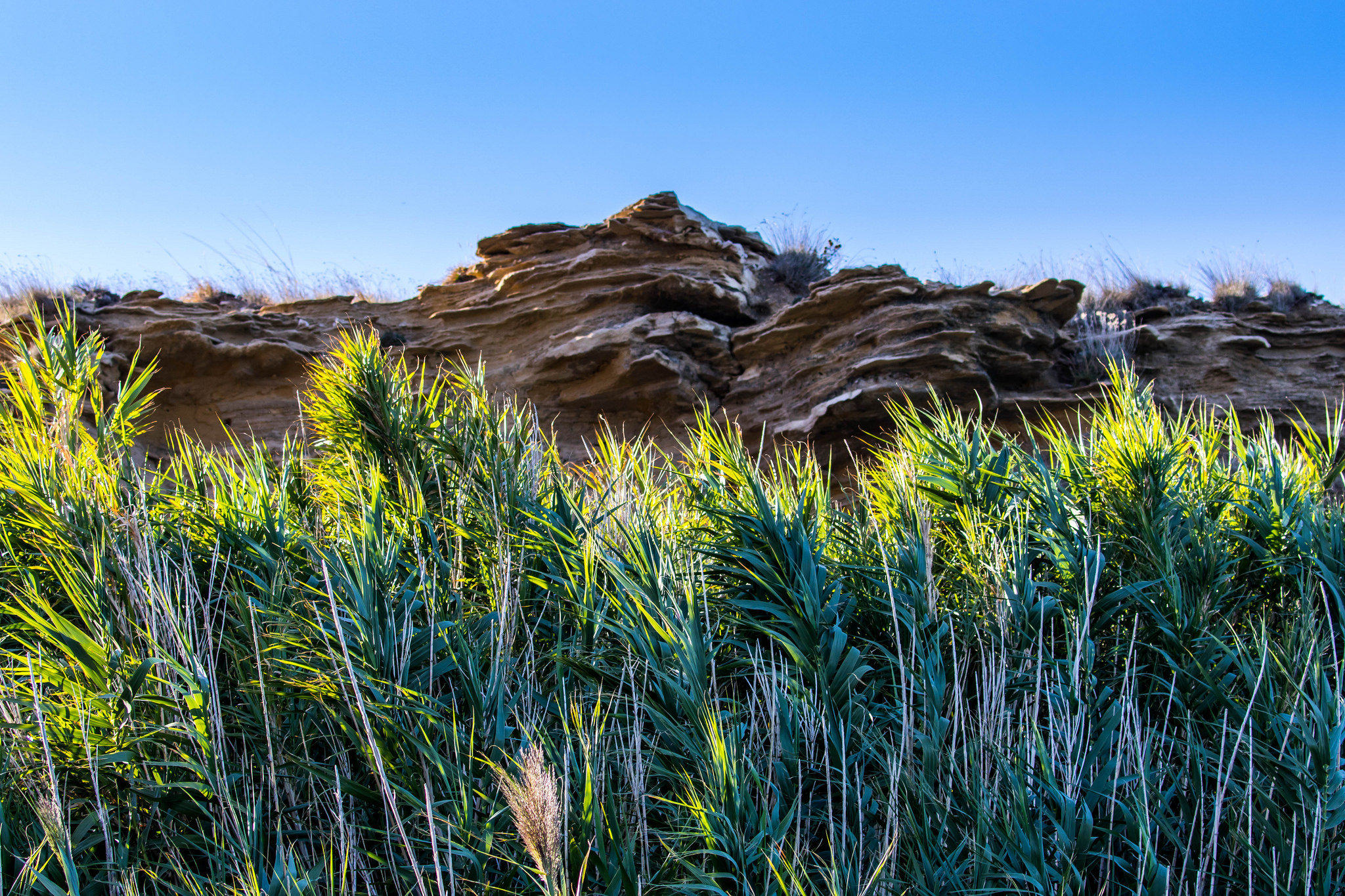 In general, coal remains of ancient forest can still be seen but, the entire location is truly fascinating. A very different beach destination!
If traveling to Croatia and looking for specialized guides and services to Pag and other unique spots, www.secretdalmatia.com can organize all sorts of experiences.