Few months back I had a chance to revisit the impressive walls of Asseria near Benkovac. Asseria is boasting some of the most impressive defense walls in this part of Europe. I am quite often here, however this was a special visit with conservationist Ivan Matković and directors of both Benkovac Museum (Marin Čurković) and Museum of Broken Glass (Mr. Ivo Fadić) who was in charge of the excavations since the beginning). 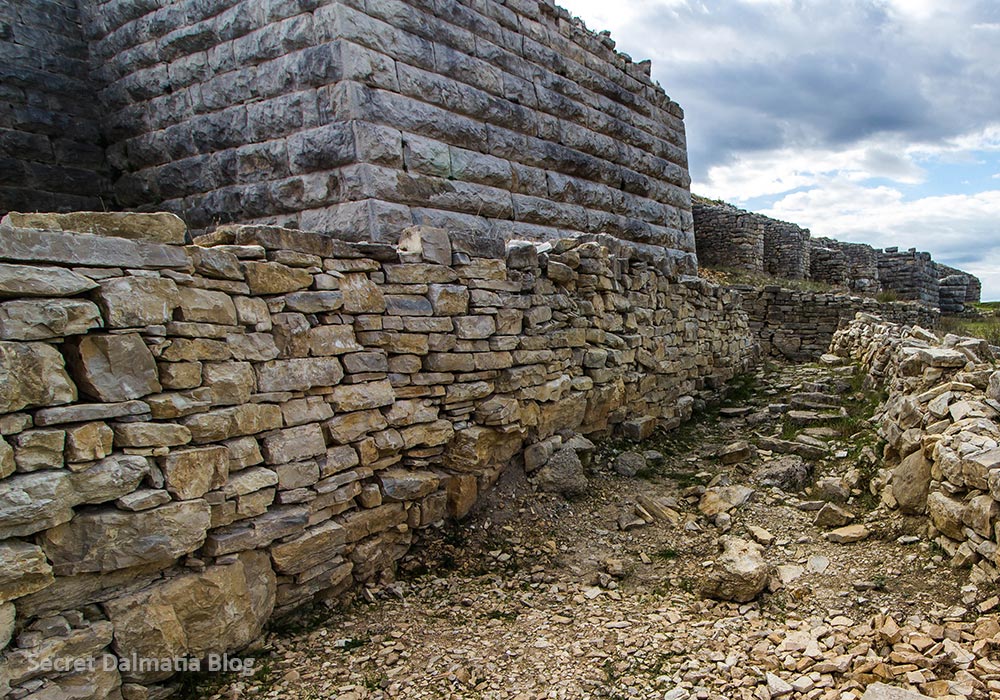 I wrote about it almost 9 years ago: https://secretcroatia.blog/2009/07/25/lost-roman-cities-of-dalmatia-asseria/ so here is just briefly:

Asseria was founded in the pre-historic iron-age period. It was then an important settlement and center of the Liburnians, the Illyrian tribe that inhabited the area before the Romans. Scholars think that name Asseria originates from word in Illyrian that describes the “mast” or high position since it is located on 234 m high hill. It had a very prominent position on the road that connected the colony of Iader (the present day Zadar) with other the municipal centers like Nedinum (Nadin), Varvaria (Bribir) and the military outpost in Burnum (Ivoševci). The boundaries of the territory of Asseria reached as far north as the village of Bruška and east to Dobropoljci. The borders were established to control the pastures for livestock. Some border stones from the time of the Roman emperors Tiberius, Nero and Vespasianus, which marked the borderlines, have been found and preserved.

You can learn more about the site on this wonderful post from GoHvar blog: https://gohvarblog.com/2016/06/12/the-walls-of-asseria-ancient-liburnian-settlement-and-roman-town/

It was abandoned, presumably because of the Barbarian invasion that destroyed several important cities in the Panonia region of the Empire. The walls are still standing: 2,5 km in length and over 7 meters high in places. Certain megaliths weigh up to 5 tons.

The main walls are quite impressive but there are several puzzling layers.

There are several walls preceding the well know megalithic one. These are not as impressive in quality of build but they tell a different story of the layers of history before the main wall. Obviously, the people of Asseria became so wealthy to be able to build these massive walls. There was also some leveling over the centuries so there are a lot of puzzles and answers hidden.

The medieval house found within the walls poses the biggest mystery.

Asseria was, to belief, abandoned in late antiquity. Life supposedly never returned. This find, however, gives rise to new theories.

New excavation campaign is coming up this fall to bring more answers. And questions.