One of the last untouched parts of our coastline is beautiful Modrave region between Drage and Pirovac villages in North Dalmatia. 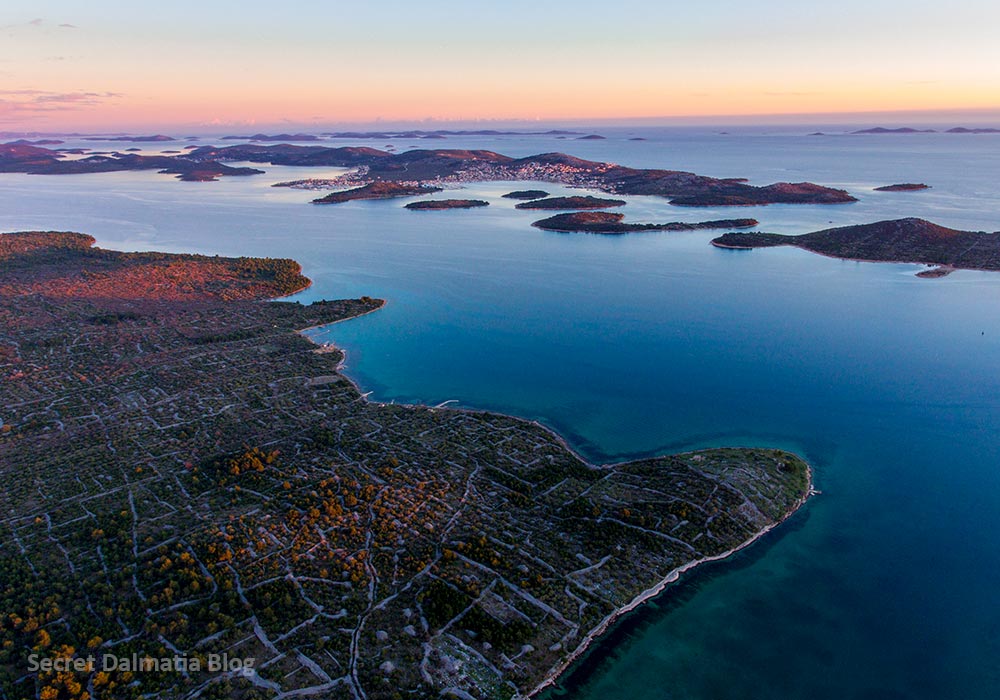 Historically, this area belongs to the people of Murter Island (since 1880) and it is known as one of the largest olive groves in the country. However, originally, this was the area known for its vines who were all taken out and olive trees were planted. The area is long 8,5 Km and wide between 750 meters and 3,1 km. It is the only area in the country that has shores on the lake (Vransko jezero lake) and on the Adriatic sea making it a very special and valuable natural preserve. 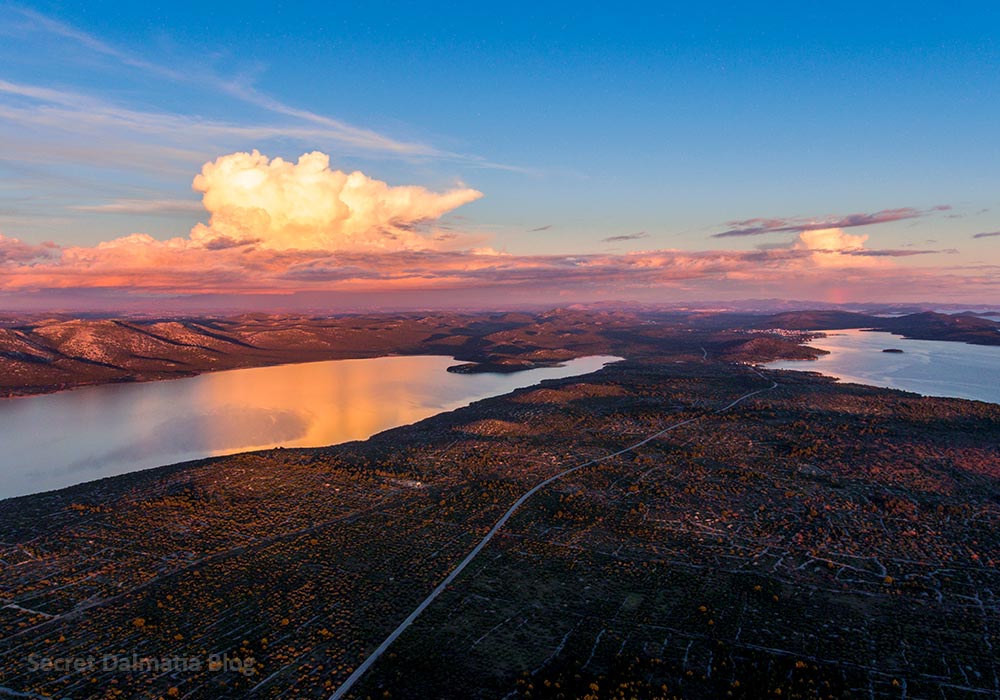 Today, only about 5% of the olive trees are cared for of 200 000 estimated trees in the region. 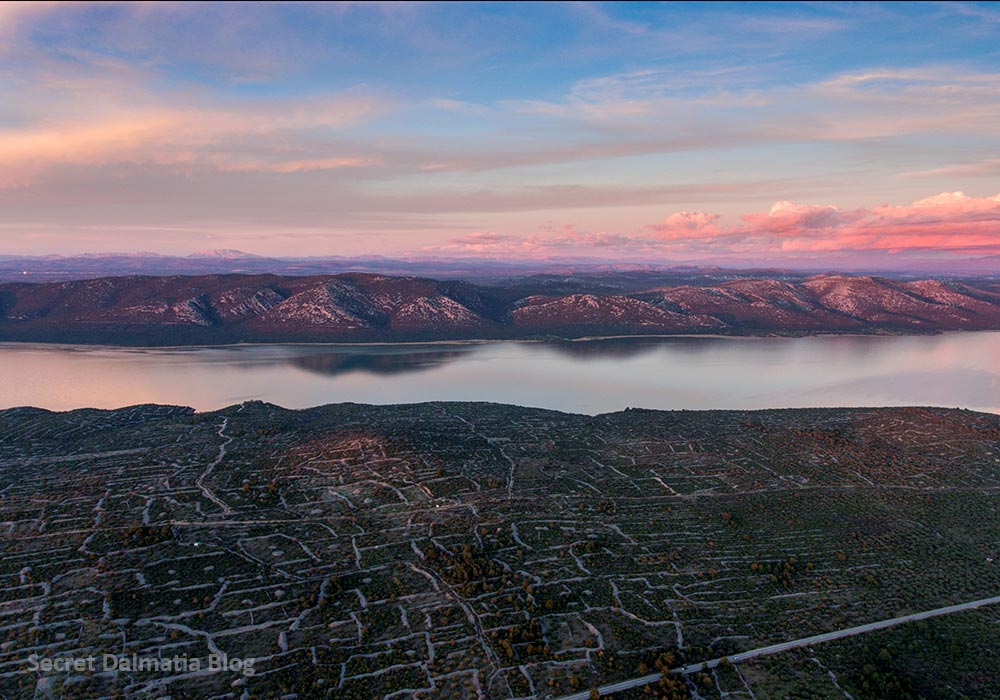 Today, Modrave look like a maze seen from above due to an intricate network of dry stone walls, piles of rock and narrow, ancient trails. 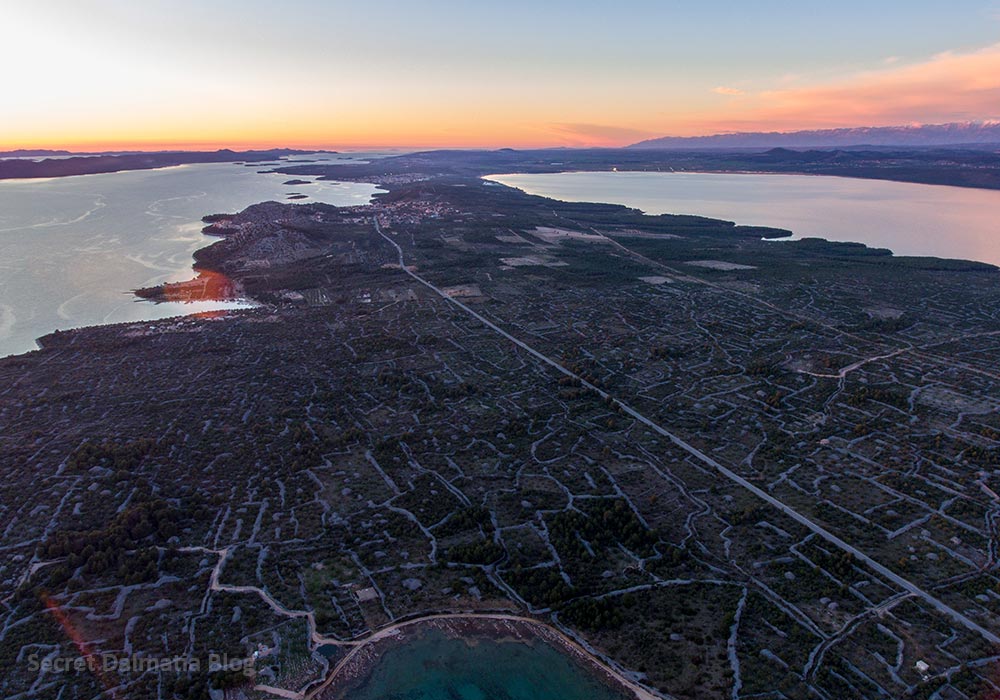 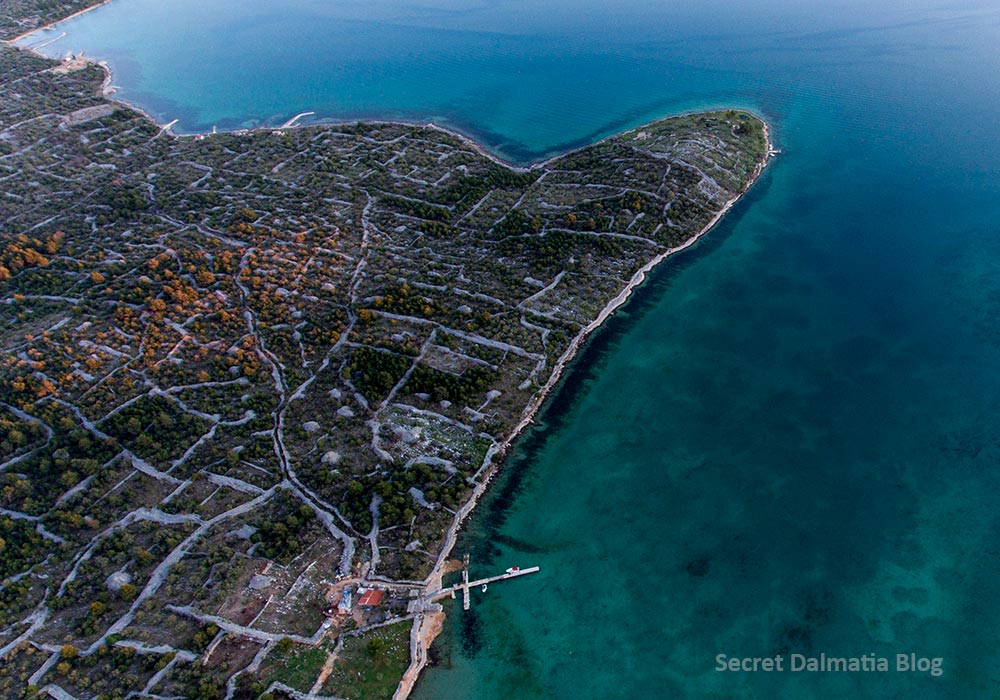 The area has several small harbors that kept locals safe during the bad weather and the huts were open to all who needed a shelter. They were often used by the sponge divers from Krapanj as well and several of them now are set up for accommodating guests and there is also a small and charming restaurant La Spuž in the largest bay with several buoys. 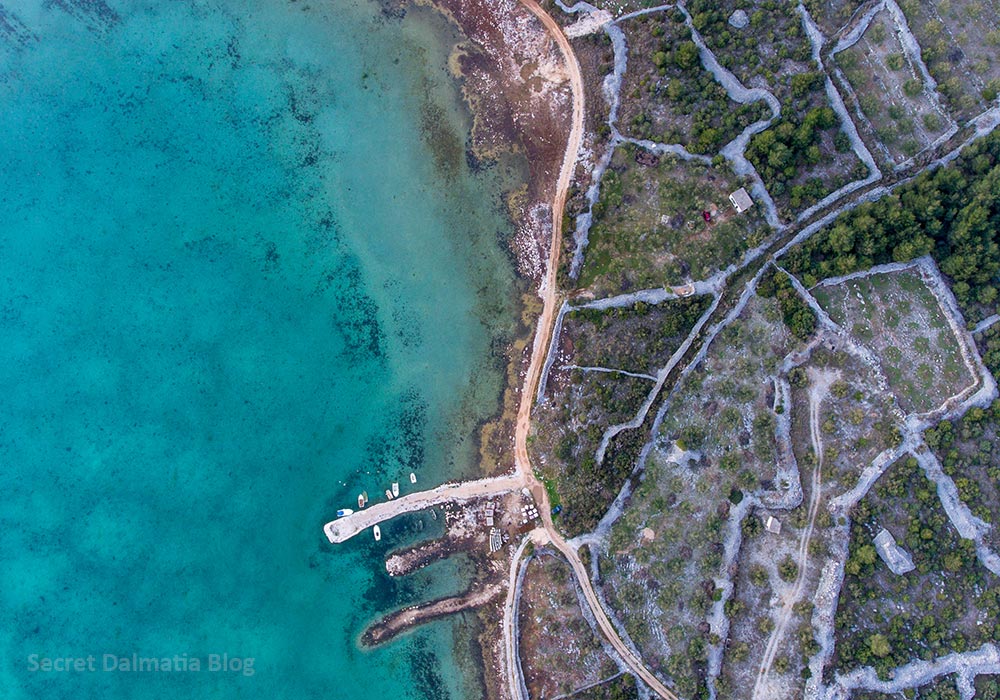 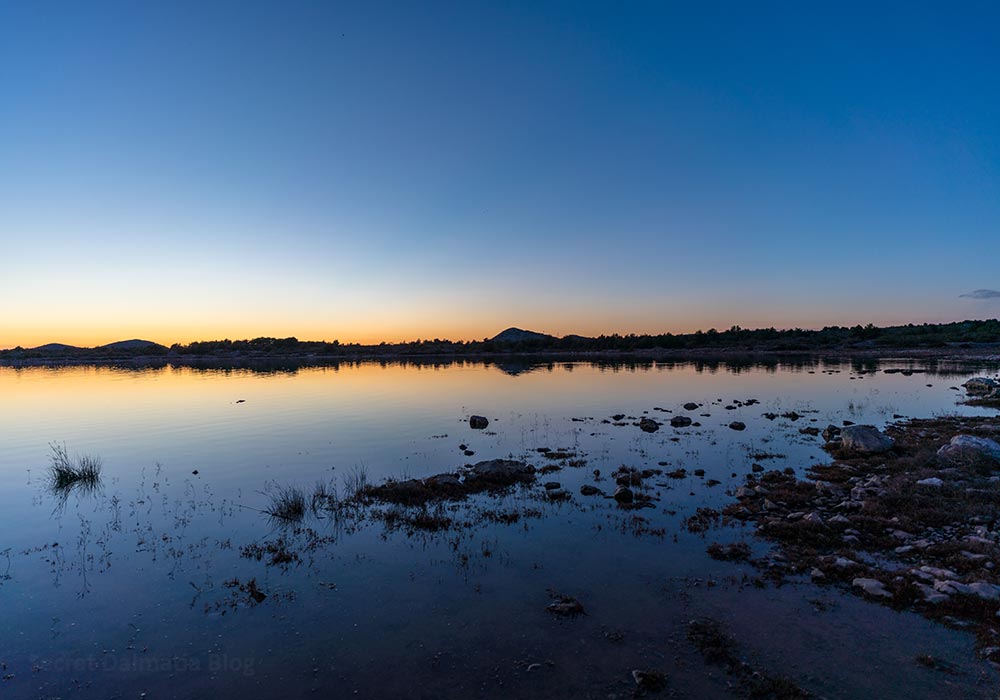 Aggressive nature of tourism and greed almost moved in heavy machinery to build a resort or, even worse, cheap apartment buildings but that was stopped thanks to the effort of the locals from Murter and Betina aware of the beauty of their heritage. 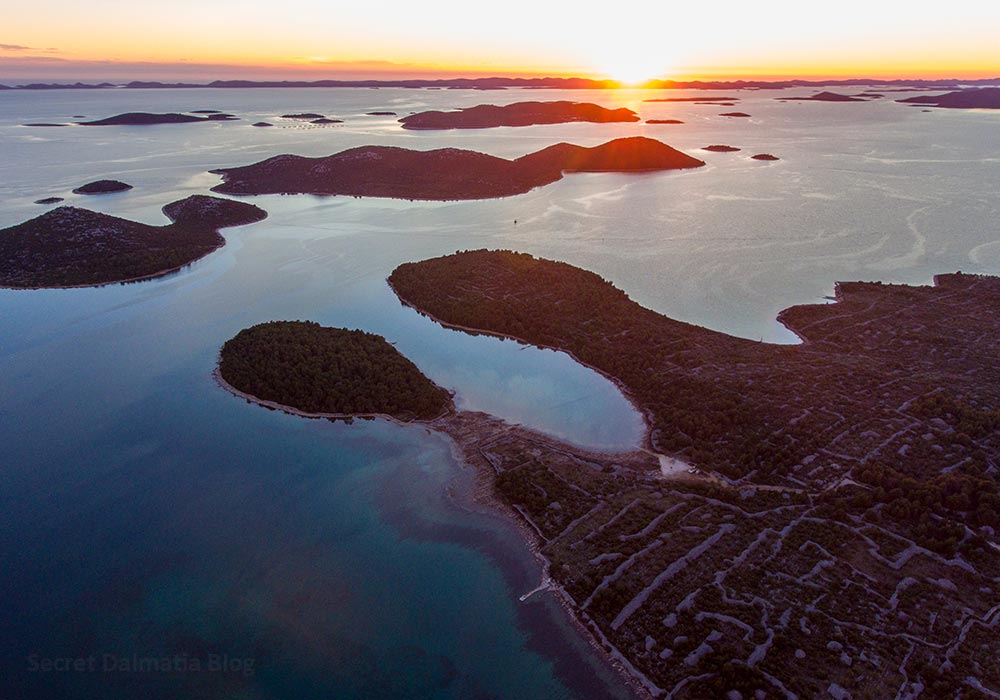 Hopefully, we will manage to preserve this beautiful area for generations to come.