The general opinion is that Europe has no exotic fauna nor exciting wildlife but that is only partially true. Wherever a true lover of nature looks, he or she can find exciting animals. In Mediterranean countries, besides sea life,  the coastal landscape hides several interesting animals and one of the most beautiful ones is definitely European green lizard (Lacerta viridis). There are three very similar species living in Croatia and all three are protected: Lacerta bilineata (Daudin, 1802), Lacerta trilineata (Bedriaga), 1886) and Lacerta viridis (Laurenti,1768) 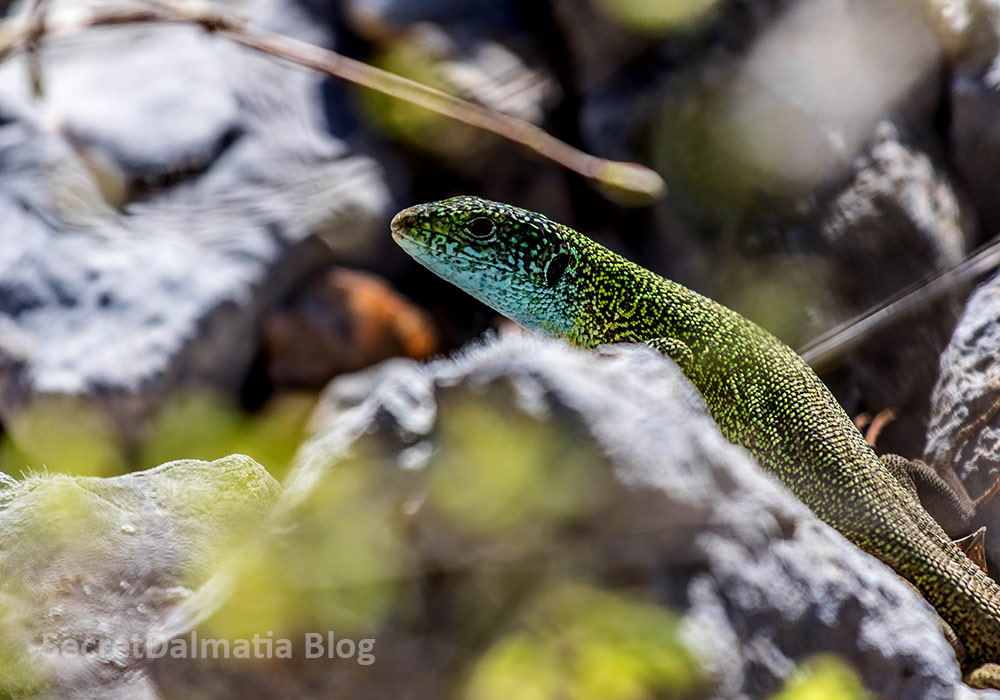 The local name is zelembać. This beautiful lizard is easily recognized and cannot be mistaken for a different lizard in this area as it looks almost fluorescent!  It is easy to differentiate Balkan green lizard and European green lizard – European green lizard has blue throats while the Balkan one has yellow. Biggest differences are noticeable when the animals are young as all the various colors and stripes are visible at that stage of their lives.

Zelembać is a large lizard that can grow up to 16 cm (cc 6,3 ”) but the tail can be twice as long! It is usually seen enjoying sunshine on rocks or lawns, or hiding in the bushes. Or running across the road. It is not a very shy lizard but it does usually stay hidden and will not allow one to approach it too close. Natural predators are birds of pray but also cats. Zelembać is very useful in the fields feeding on snails, bugs, small lizards but also mice.

The females nest about 6 – 20 eggs in really humid and hot places and the lizards mature at the age of two. There can be up to 200 lizards living on one hectare!
The males are easily differentiated from females for the vivid blue color of their throats but they are also bigger and with bigger heads. 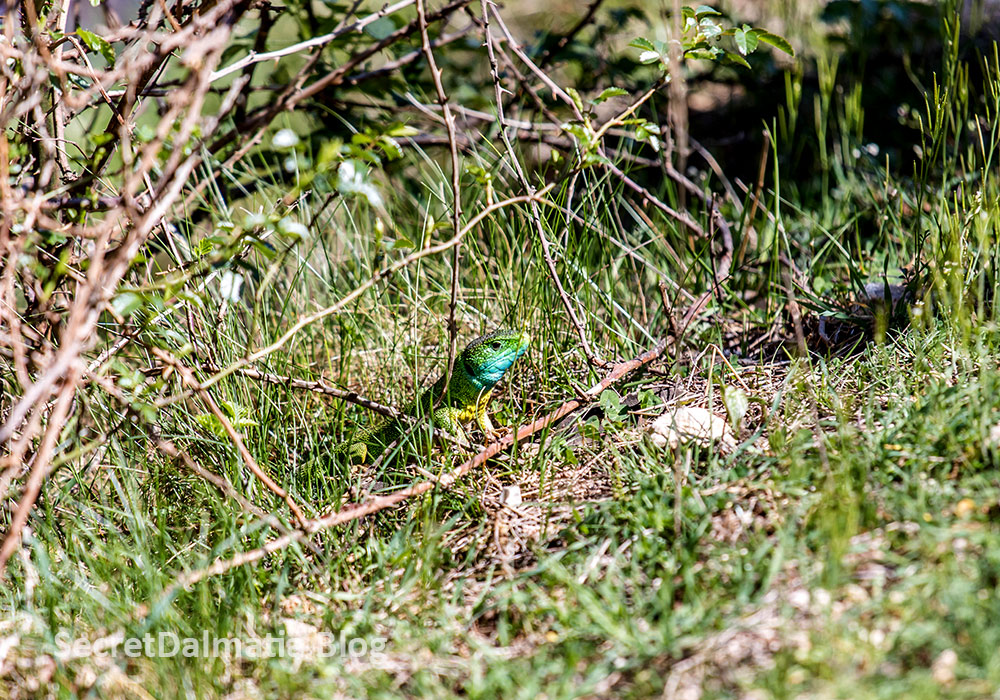 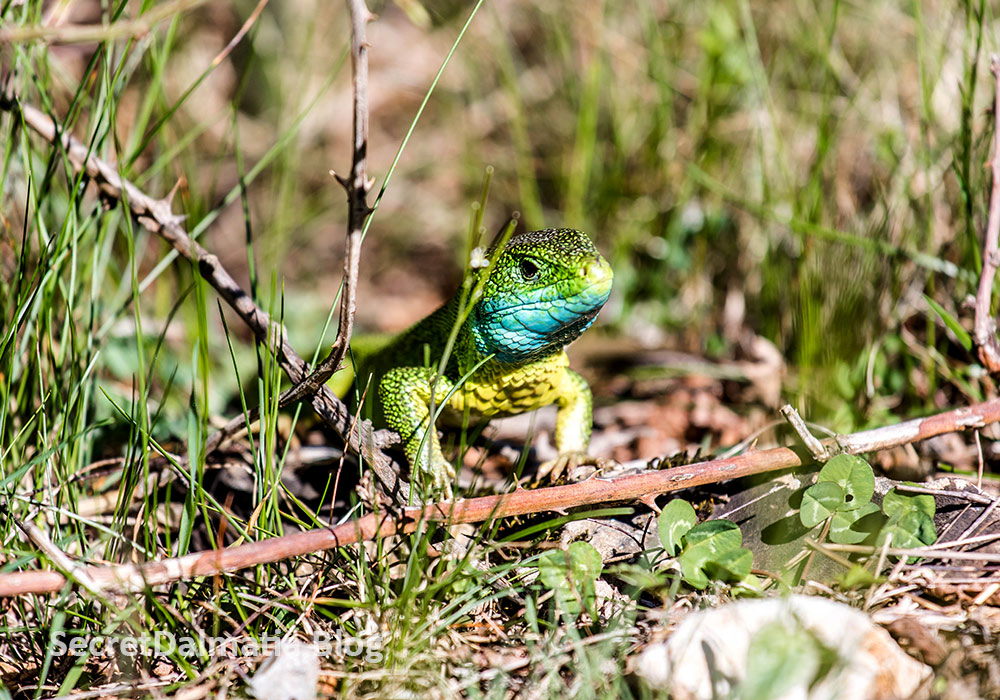 Although not critically endangered, all three species are protected – the fine is 400 Euros for killing one. There is no real reason for doing so as this is a very useful animal in all habitats.