Ever since I was a kid, the unfinished remains of Maškovića Han were one of the most fascinating monuments I have seen. The original idea of Yusuf Mašković was to build a final retreat for his retirement days in the region he originated from. The retreat was to include the area for his own personal use but also (free of charge) rooms for travelers passing through the region. History of the Turkish Han in Vrana is really an interesting one.

Story of Jusuf Mašković is a strange one. At the time of his birth, Vrana was already under the Turkish rule (since 1538). It has about 500 houses, two mosques, school for Muslim children…

History of the Turkish Han in Vrana

Yusuf was born (cc 1604) in a Christian family (Maškov it is believed to be the family last name) but, according to the Venetian records of the time, it was a very poor family. The legend says that a local old lady from Nadin gave him leather slippers (opanci) seeing him barefoot. It is assumed that it was then that he decided to convert to Islam and he started the service for local Beširagić bey of Nadin. The later events took him to Sarajevo and then all the way to Istanbul where he rose to the position of the gardener of the palace.

Now things started changing—while being a gardener, Yusuf became friends with brother of the Sultan Murat IV. The Sultan was getting rid of all possible usurpers of the throne but spared his brother by locking him in the area of saray. In the year of 1640, Murat died and Ibrahim becomes a new Sultan not forgetting his old friend so Jusuf Mašković gets to a much higher – this time military – position. Next step was – only 4 years later – to become a chief admiral of Turkish fleet.

At that time, in 1644, Maltese corsairs seized a ship carrying high-status pilgrims to Mecca. Since the pirates had docked in Crete, Kapudan Yusuf Pasha encouraged Ibrahim to invade the island. This began a long war with Venice that lasted 24 years—Crete would not completely fall under Ottoman domination until 1669. In spite of the decline of La Serenissima, Venetian ships won victories throughout the Aegean, capturing Tenedos (1646) and blockading the Dardanelles. Kapudan Yusuf enjoyed temporary success in conquering Canea, starting a jealous rivalry with the Grand Vizier that led to his execution (January 1646) and the Grand Vizier’s deposition (December 1645).

In our local stories, Yusuf disobeyed an order from the Sultan and acted chivalrously sparing some Christians and was executed for that. That seems unlikely, as he was not executed right after the events. Also, when Yusuf Pasha returned to Constantinople in 1645, he married Fatma Sultan, the three-year-old daughter of Sultan Ibrahim I. He was also given the Ibrahim Pasha Palace as a residence. However, one year later, in 1646, he was executed by the Sultan at the persuasion of Grand Vizier.

And the construction on his han in Vrana stopped ever since… 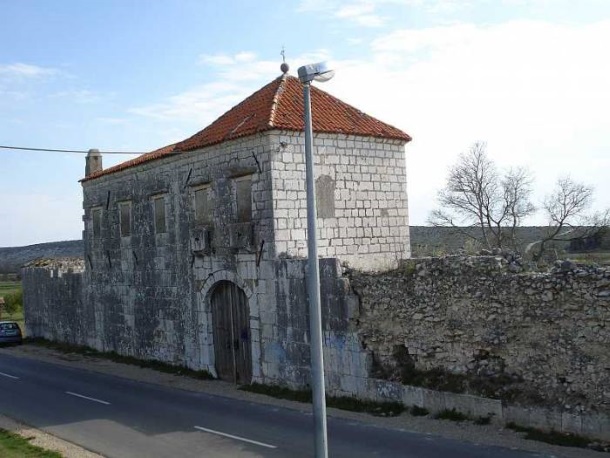 It took 6 years before it was completed, and only now, in 2017, the local authorities have enough funds to put the entire building to use as a heritage hotel/events venue, a museum, and an information center for this part of the county.

Maškovića han was restored with the help of Turkish historians, as it was important to complete it as close to the original idea from 1644 as possible! And the results are impressive! 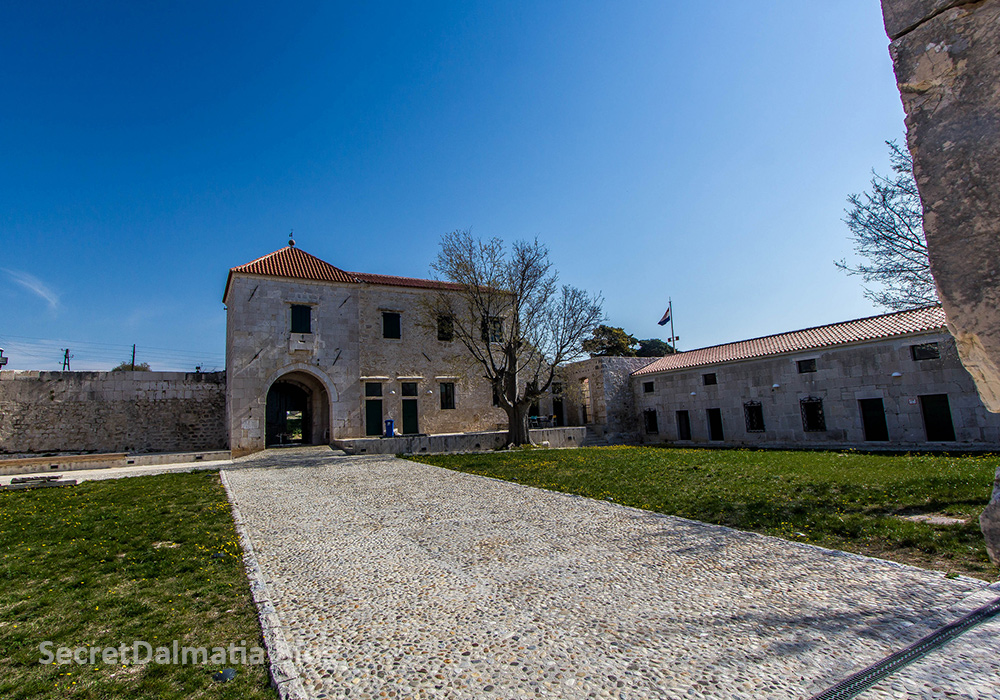 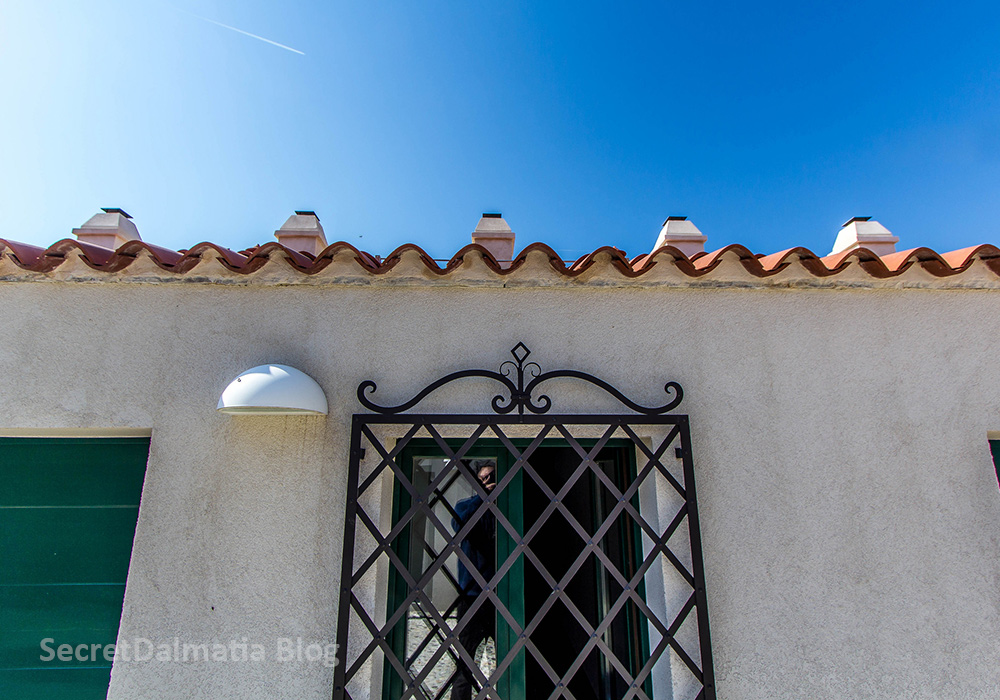 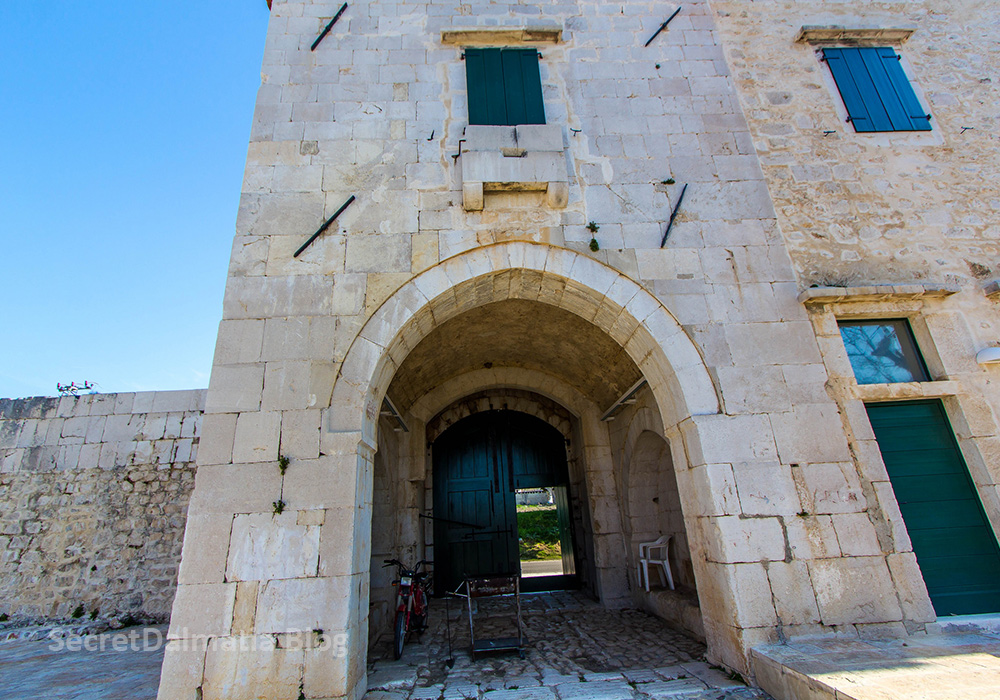 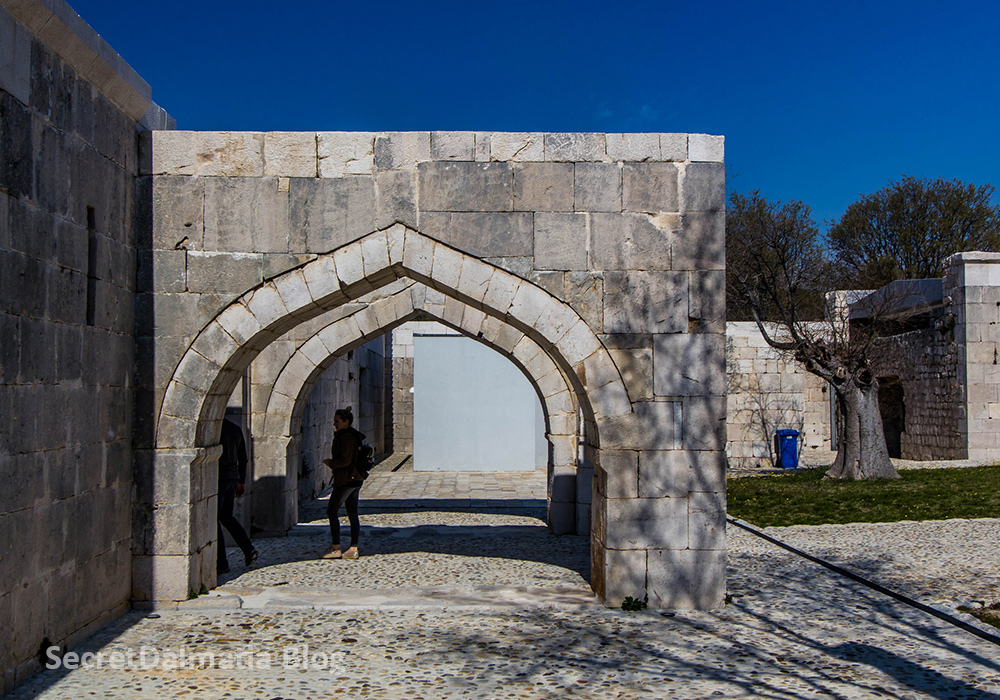 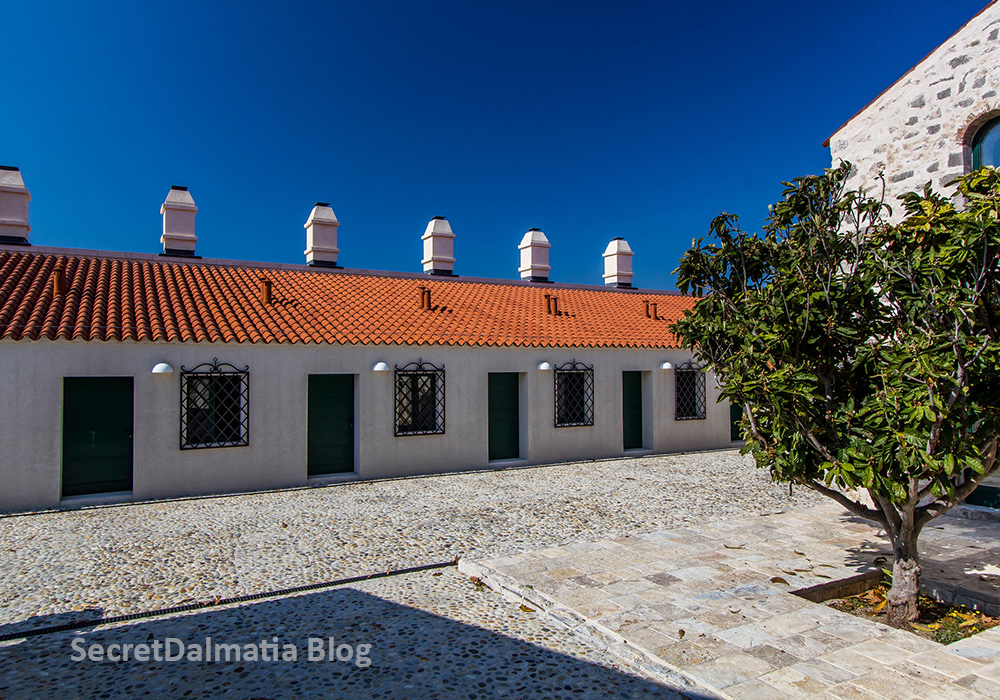 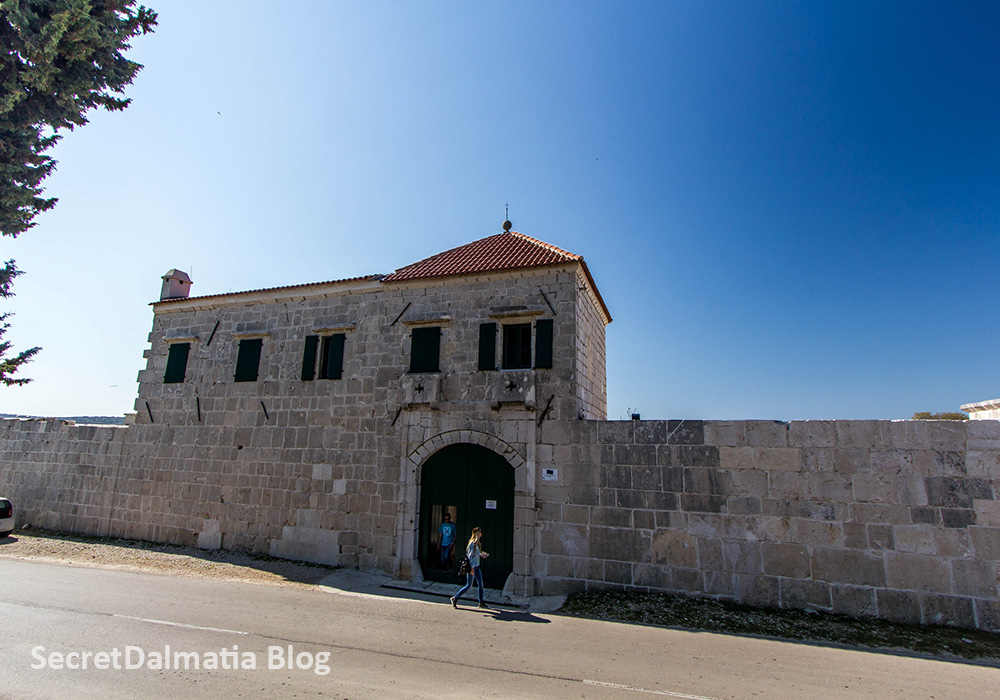 There is also a museum with collection from the entire Pakoštane region. 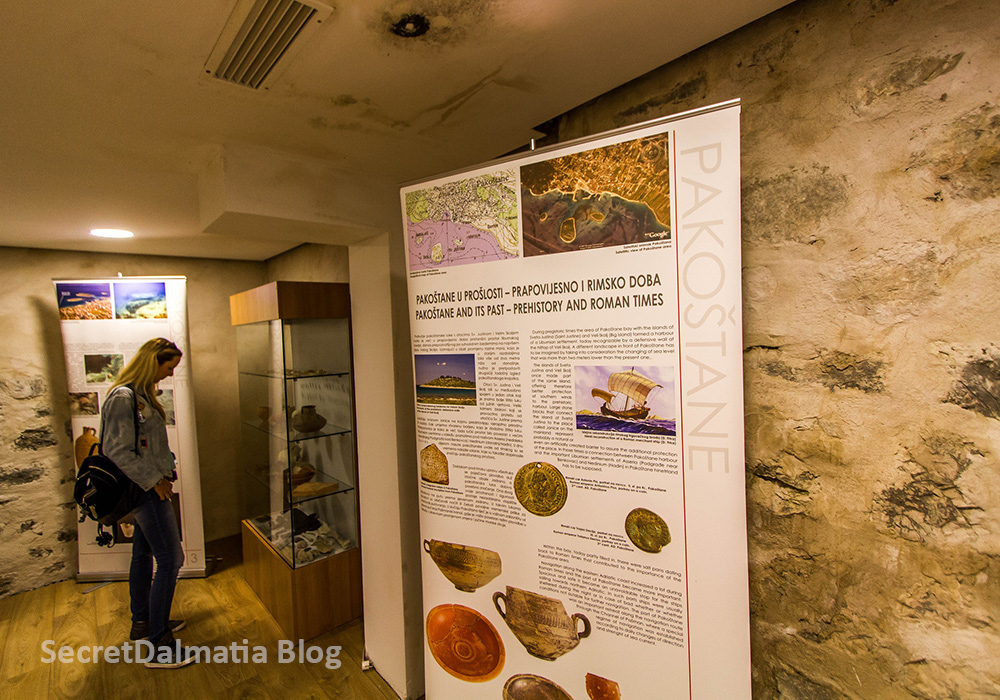 And the originally planned mosque became a very unique restaurant that will serve a mix of Dalmatian classics and oriental dishes. 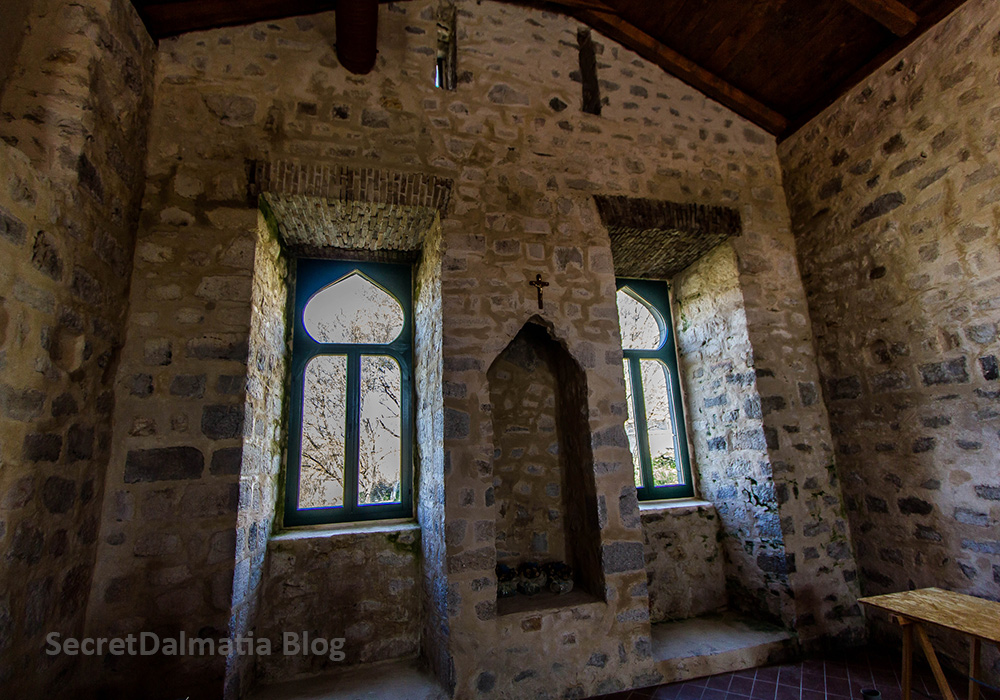 The entire property should open by summer of 2017.

Yusuf was a very special person. Raising from rags to riches but never forgetting his original home. Legend goes that he even sent 500 gold coins to the lady who gave him the leather shoes in Nadin! He never got to return but the local authorities managed to complete his dream 370 years later. It is never too late, I guess. The westernmost example of Turkish civil architecture shines as a wonderful example of preservation and care for our heritage.