Last week we were in Istria exploring possibilities for some new tours due to increase in bookings we have for this truly magical part of the country. One of the places I wanted to visit was the Brijuni National Park. Last time I was there was in elementary school some 30 years ago 🙂 Many things have changed since and Brijuni are even no longer in the same country, so it was time to visit.

There are few ways to get to the NP but guests usually come by the big boat from Fažana. The picturesque seaside town is just perfect place to start the visit with its cafes and restaurant lined along the main promenade. The office of the NP is just across from the big pier and that’s where you get the tickets.

The boat is quite spacious and it is a smooth ride to the main harbor of the National Park. 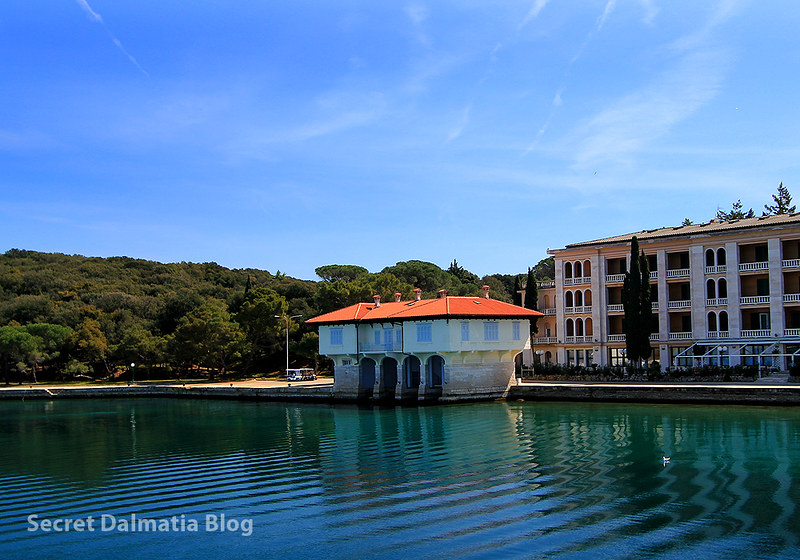 The story of Brijuni is fascinating! One can literally make a movie about these beautiful islands:

The Brijuni Islands had been used for their quarries up to the late 19th century. The islands belonged to Venice from the Middle Ages, and stone from the islands was used to build the palaces and bridges of the city. Parts of quarries can be seen now in the main harbor area.

Since 1815, the islands became part of the Austrian Empire, which later became Austria-Hungary and they have built a impressive Fort Tegetthoff as well as several other fortresses on other islands of the archipelago.

The Austro-Hungarian Navy abandoned the fortress in 1893 and the Viennese business magnate Paul Kupelwieser bought the whole archipelago and created an exclusive resort. First class hotels, restaurants, beach resorts, a casino and a yacht harbor …made Brijuni a very popular destination of the most important people of Austro-Hungarian empire as well as aristocracy of the entire continent.

In 1918 after World War I Brijuni became part of the state of Italy. Karl Kupelwieser, the son of the founder of the estate tried to maintain the former splendor, but after the economic crisis following the Wall Street Crash of 1929, the estate went bankrupt and Karl committed suicide.

After World War II, Brijuni became part of Yugoslavia and President Josip Broz Tito made the Brijuni Islands the State Summer Residence of Yugoslavia. Almost 100 foreign heads of state visited Tito on his islands, along with film stars including Elizabeth Taylor, Richard Burton, Sophia Loren, Carlo Ponti, and Gina Lollobrigida. Tito died in 1980, and by 1983 the islands were declared a National Park of Yugoslavia.

Today, we can just image all this splendor…

So after a short boat ride, we got to the main harbor and went to rent a golf cart to drive around the island of Veliki Brijun. This is the only part of the park officially open to public and it holds most of the interesting spots for general visitors.
Golf cart was much better option for the three of us then renting a bike but that is a great alternative as the flat roads are asphalted and with lots of signs.

Push the button and the doors open. I still remember all those animals seeing as a school kid. It was quite impressive back then as most of the wild animals we saw for the first time.

Brijuni Safari Park is home to a variety of exotic animals which were given to the park by the diplomatic partners of Tito. The Nilgai, Zebu and Asian Elephant were donated as a gift from Indira Ghandi, Plains Zebra and Mountain Zebra were given by Ahmed Sékou Touré from Guinea, Waterbuck came from Ethiopia… We did not get to see Lanka, the only elephant remaining after Sony died 5 years ago, but we saw plenty of other animals peacefully enjoying their pastures.

Next stop was a very impressive Byzantine castrum.

Dating back to 5th century, this is not a typical castrum (a military fortress) but it is a mix of civilian buildings and military barracks and walls. The settlement was abandoned probably in the 8th century.

Driving through the pine forests, Brijuni kept revealing an amazing wealth of sites for such a small island. Some historic, some recent, this place is just a treasure trove of both historic and natural wonders.

One of the must see animals of the park is a 60 years old kakadu parrot Koki who was not so cooperative when we visited. 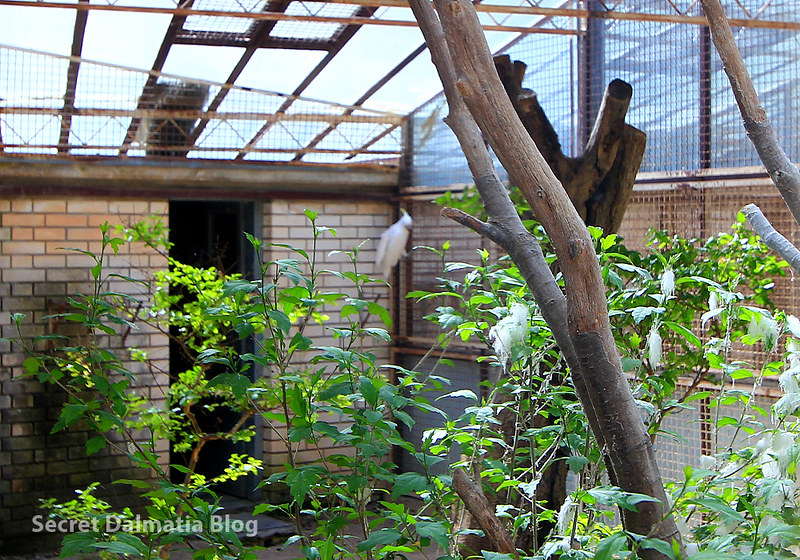 Koki relaxing in the back

And Brijuni are the home of 1600 years old olive tree. One of the oldest in the Mediterranean!

Like so many places in Croatia, Brijuni National Park is another “potential” nowhere near used to it’s maximum.  I am glad that there are no longer big cats cramped in small cages and that’s all I care about. Brijuni are a pleasure to visit for families, historians, nature lovers, couples, golfers… One can spend days staying in the hotels there and explore each site in detail or, one can do a quick 2-3 hour visit just to enjoy a unique atmosphere of this amazing archipelago. And then plan the second visit!