Winter is not my favorite season. However, it is still a nice time to travel and to explore. As I have been seeing pictures, and hearing a lot about frozen Plitvice waterfalls for years now, I have decided to make a winter visit to the park. And make kids happy taking them to play in the snow.

It has been snowing in the mountains lately but coming out of Sv Rok tunnel, there was hardly any snow on the road and on the hills. Pretty discouraging but still… we hopped for the best. As we were getting deeper into the mountainous part of Croatia, there was more and more snow and by the time we reached the NP entrance, the surrounding was a proper winter wonderland!

The park is open year round. Being a holiday, we expected some people and, actually it was quite busy. Not summer-time busy but there were dozens of people in the park. The ticket in the winter time is 55 kuna per adult and 35 kuna for kids 7 – 18 years of age.

Due to ice and snow on trails, we were not allowed to go to the Big waterfall. Also, big (seriously big) chunks of ice are a major threat for people walking the trails along the cliffs as it was not cold enough to be sure that those will not fall off… So, the main route in the winter, is to take the path along the canyon, walk to the boat (leaves on hour every hour), sail across the lake, take the bus/train to the station and walk back to the parking at the Entrance 2. Not much but we were already there and did not want to turn back.

At the entrance, we followed a small group of Spanish visitors but soon they decided to speed up to catch the next boat. We decided not to take the boat and just do the canyon hike and let the kids play in the snow. Also, the park closes at 4 PM and we did not have too much time to do everything possible. And yes, it was a bit too cold for us. Instead of rushing, I took some pictures… 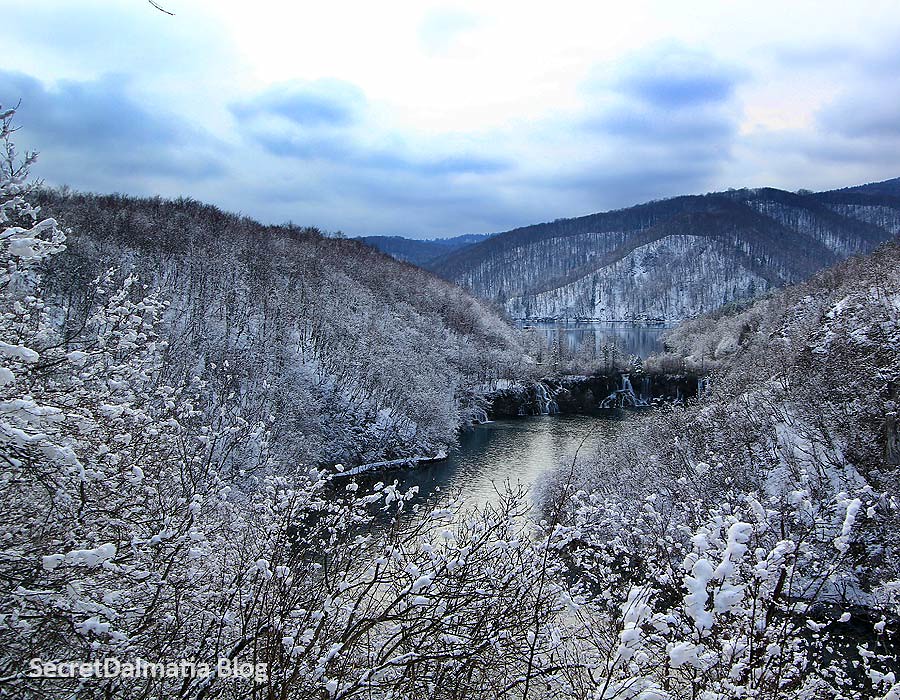 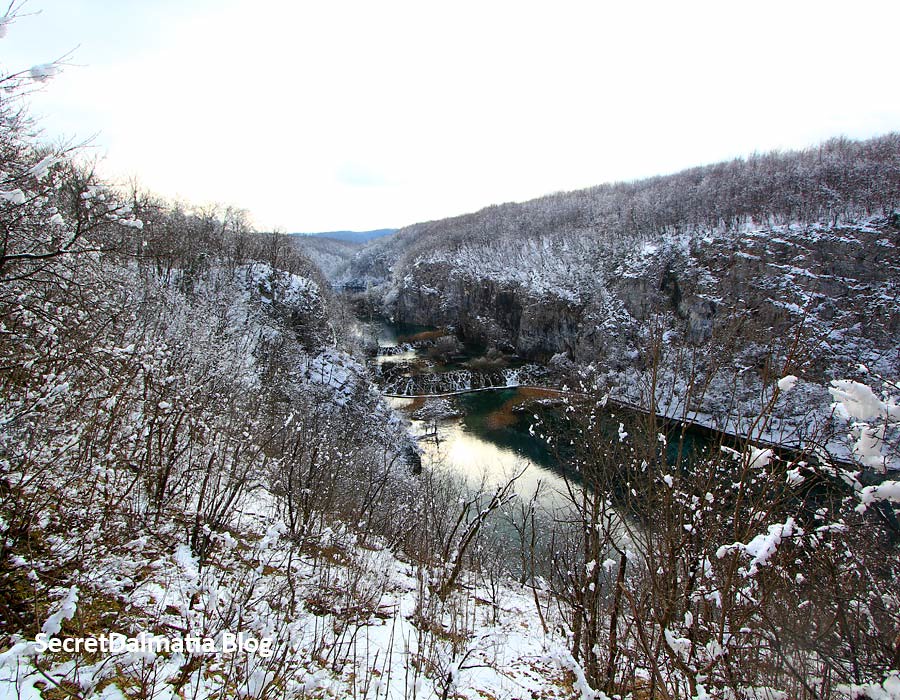 Of course, not everyone listens and there were people on the closed trails. 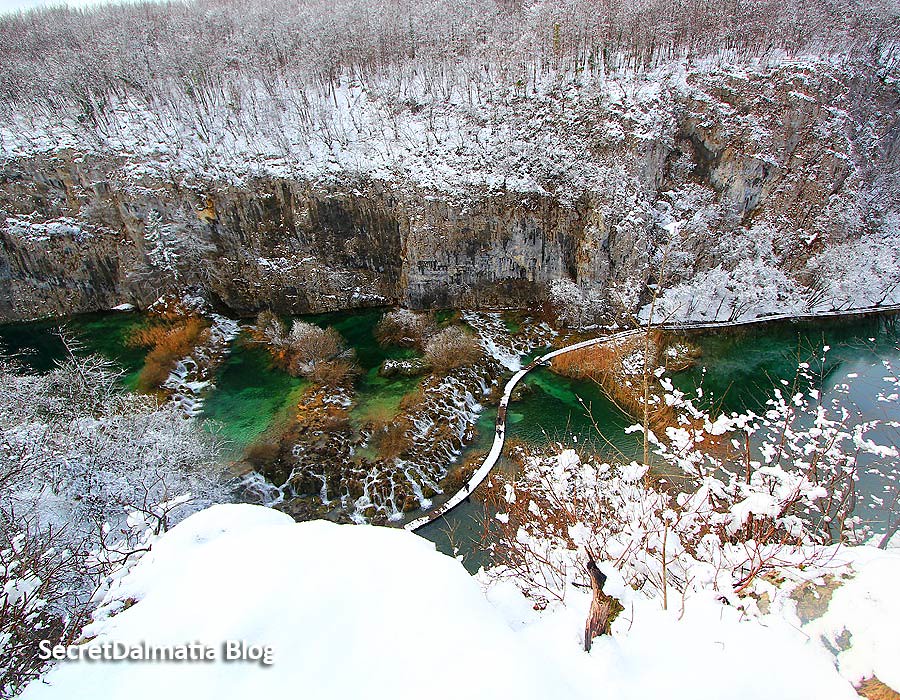 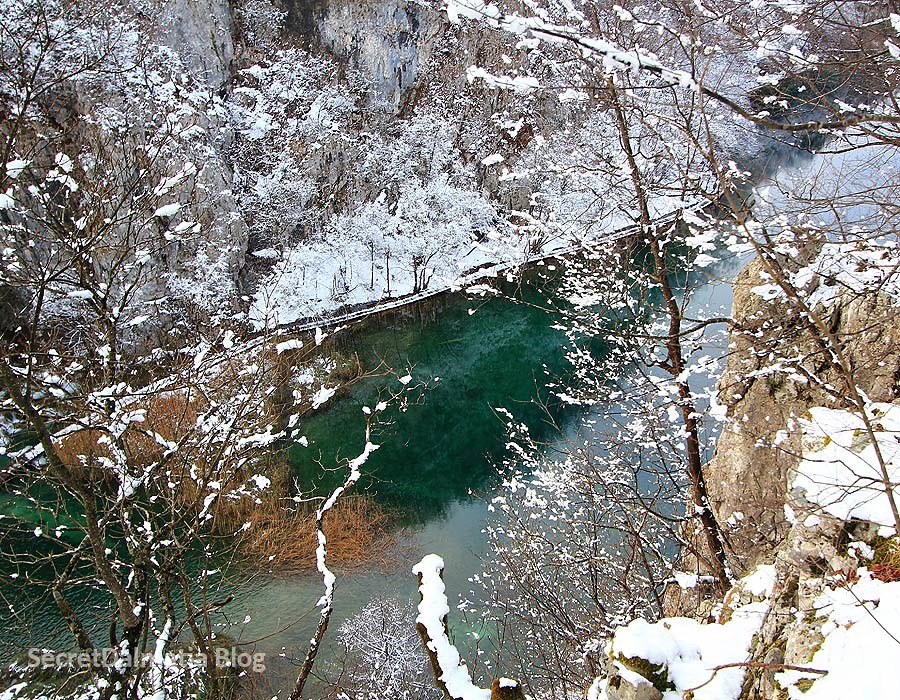 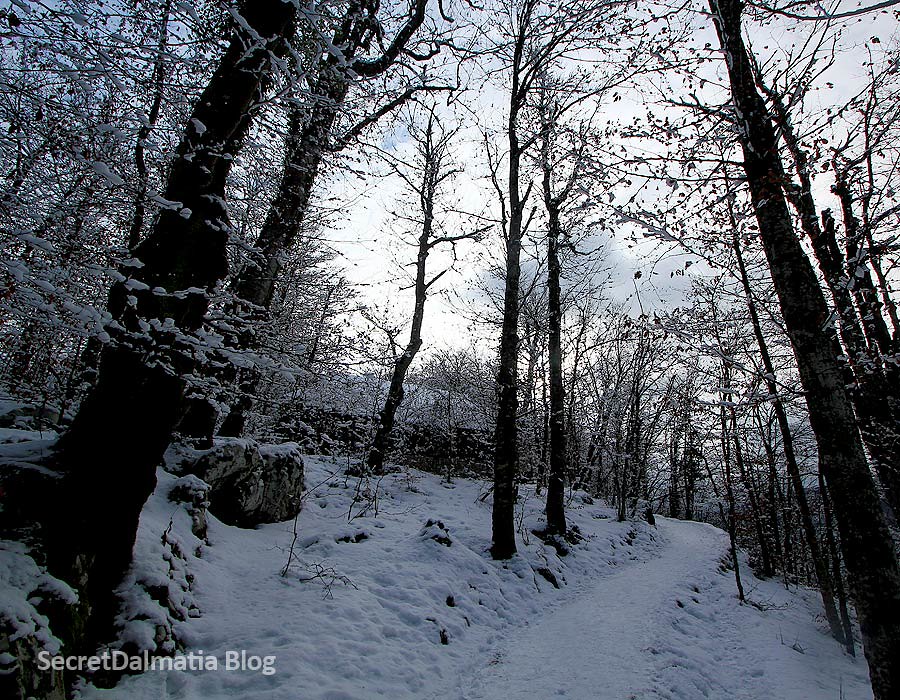 And then it was time to go. The Lička kuća restaurant is still under construction but it should open for this season. There were several places to stop on our way back but the kids wanted to see the animals at Macola so it was Macola again.

Brown bears are hibernating but the wild boars were up!

The lunch was a typical Macola style mixed meat. Huge portions of everything and much better then the last time we visited!

Great and fun day outdoors but for more serious visit, it is necessary to get there before 10 AM. Next time!